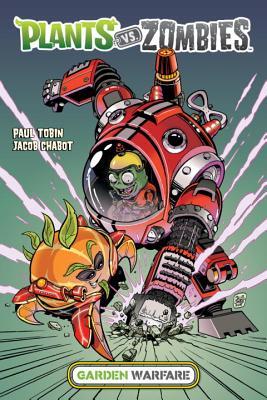 4.39
271 ratings10 reviews
Rate this book
Get ready for the Plants vs. Zombies: Garden Warfare graphic novel! Based on the hit video game, this comic tells the story that leads up to Plants vs. Zombies: Garden Warfare 2, the game! How did the "Zombossification" of surburbia begin? Where did all the powerful new plants and zombies come from? Here's where you'll find out! Written by Paul Tobin (Plants vs. Zombies: Timepocalypse, Bandette, Banana Sunday) and illustrated by Jacob Chabot (Mighty Skullboy Army, SpongeBob Comics), don't miss this hilarious, action-packed, all-ages, zombie fightin' adventure! Something sinister has taken over suburbia. Are your . . . brainsssss . . . prepared for the zombie infestation?

646 books366 followers
Paul Tobin is the Eisner-award winning, New York Times-bestselling author of Bandette, Colder, and many other comic books and graphic series.

Bandette, drawn by Colleen Coover, was awarded the Eisner Award for Best Digital Series in 2013, 2016, and 2017; and was a finalist for the Oregon Book Award for Graphic Literature in 2016. His original graphic novel I Was the Cat was nominated for an Eisner in 2015.

The Genius Factor: How to Capture an Invisible Cat , first in his five-book series of middle-grade books, came out in 2016 from Bloomsbury Kids. It was followed in 2017 by How To Outsmart A billion Robot Bees , and How To Tame A Human Tornado in March 2018.

Plants vs Zombies: Garden Warfare is a great way to entice kinds who are hooked on video games into reading. Colorful artwork, a fun story, and maybe a bridge to getting them to put down the controller for a few hours and read.

I love the idea, but a word to the wise, I found the Kindle version to be a bit of a strain on the eyes, with little flexibility to adjust the size of the image and subsequently the text.

Story by Paul Tobin who has written comics for Marvel, DC, Dark Horse, and many others. Look for his debut novel, Prepare To Die!, coming soon.

Jacob Chabot is a cartoonist whose credits include Spongebob comics, Simpson comics, and many others.

Michael J. Rainater is a freelance illustrator whose work has been featured in advertising, web design, and independent video games. On top of this he self-publishes a number of comic books.

Steve Dutro is a noted comic book letterer from Northern California. He has spent decades in the comic book industry working for Dark Horse, Viz, Marvel, and DC.

Plants vs Zombies: Garden Warfare will be published on February 2, 2016 by Dark Horse books and will be available in both hardback and kindle formats.

Oscar
27 reviews
February 6, 2021
It's a very good book and there are lots of funny moments in it.

A J
26 reviews
January 13, 2020
cool and stuff
Jason
3,750 reviews26 followers
April 20, 2016
I don't think my expectations going into this series could have been any lower, but my first exposure to the Tobin's zany characters in this volume had me laughing out loud practically through the whole book. The absurdist humor is consistently funny and Chabot's visual humor adds tremendously. Dutro's lettering is also creative and funny in and of itself and fits right in with the art and writing. It's rare in kids' comics that capitalizing on media properties results in something as intellegent and entertaining as this. 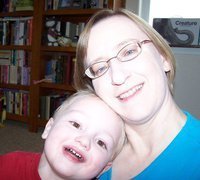 Anna Powell
61 reviews2 followers
April 20, 2016
This was utterly ridiculous but I cannot tell you if I loved that or if it was too much.