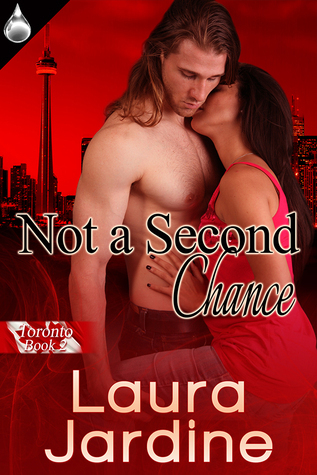 Not a Second Chance

3.33
9 ratings2 reviews
Rate this book
In the middle of a dry spell, Allison only wants to use her irritating ex-boyfriend to take the edge off her libido. Nothing more. But when her friends challenge them to spend the whole weekend together, she can’t say no. She’s determined to win this bet, no matter how much her ex annoys her. Humor and plenty of passion will keep you turning the pages of Not a Second Chance, Book 2 of Toronto, Laura Jardine’s charming romance series.

When Allison runs into her ex-boyfriend at Temptations Bakery, all she wants is a brief catch-up. Nothing more. The man royally pisses her off, and she can barely stand five minutes with him. Though Sidney has gotten more attractive in the past ten years, and she’s having a bit of a dry spell…

Sidney has no plans to win Allison back. Not the woman who just saw him as a fun distraction and dumped him right before she moved across the country for grad school. But he wouldn’t be opposed to an hour in bed.

Unfortunately, they don’t even make it to bed before Allison’s friends interrupt. When Kristy bets they wouldn’t be able to spend a weekend together without stabbing each other, Allison and Sidney accept the bet—they don’t like being told they can’t do something.

Now it’s more than five minutes of catching up—it’s forty-eight hours of torture. And sex. Can they do it? And will this lead to the second chance neither of them wants?

3.33
9 ratings2 reviews
5 stars
2 (22%)
4 stars
2 (22%)
3 stars
3 (33%)
2 stars
1 (11%)
1 star
1 (11%)
Displaying 1 - 2 of 2 reviews
Rachel
752 reviews
June 20, 2021
Even worse than Book 1. Both of the main characters were jerks toward each other. Maybe if the author had written snippets from their past, then I could have understood the animosity. Obviously Sidney's was because Allison dumped him and walked away. But there was nothing that showed why Allison hated him so much. By her age and with her intelligence I wasn't getting why she was so insecure about her weight. No wonder she's a jerk toward men, it's because she's unhappy with herself. I couldn't finish this one.
Shanna_redwind
384 reviews16 followers
October 23, 2018
This was a cute, quick read with likable but real characters. I liked that it was set in Toronto. It's always fun to read books that are set near where you live.