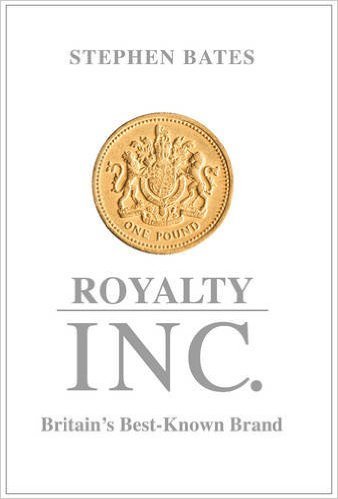 3.73
26 ratings5 reviews
Rate this book
It is an amazing feat in the 21st century that Queen Elizabeth II, a small, elderly woman in her mid-eighties, should be one of the most recognisable people on the planet, and the head of arguably the world's most prestigious and enduring ‘brand'.

Her voice is redolent of another era, her interests are esoteric to many of her people, her opinions on anything from the weather to politics are almost entirely unknown, and her whole life has been lived without ever mingling on equal terms with anybody, except for one heady evening in 1945 when she slipped out of Buckingham Palace incognito to join the crowds celebrating the end of the war in Europe. The world has utterly, irreversibly, and radically evolved since she ascended the throne in 1952 and yet, in an era of instant celebrity, she remains, more popular than ever and seemingly largely unchanged: a bastion of certainty and comfort to the British and many other people during uncertain times.

On 10th September 2015, she will beat Queen Victoria's record and become the longest-reigning monarch in British history. The question is: How secure is the British Royal Family? How much depends on the person of the Queen herself, and how much on the institution?

To answer these questions, Royalty Inc. will combine a history of the British Crown's evolution through the modern age with a journalistic peek behind the curtain at the machinery that sustains the Windsors today. Written by the Guardian's former Royal correspondent (2000 to 2012), its line will be neither royalist nor republican. Instead it will take a clear-eyed look at a host of issues, including the future of the Commonwealth, the Monarchy's role in the British constitution and class system, Prince Charles' notorious 'black spider memos', the true scale of the Royal finances, the legacy of Diana, and the problems and pressures faced by any heir to the throne in the future.

6 books6 followers
I am a British journalist and author. In a 36 year career in Britain, until 2012, I worked for the BBC, the Daily Telegraph and Daily Mail and for the last 22 years for the Guardian. I specialised at various times in covering education, politics, Europe and the European Union, religion and British royalty and I reported from more than 40 countries across the world.
The Photographer's Boy is my first novel and has been more than a decade in the making. Set against the background of the US Civil War, it's a story of journalism, early war photographers, war and politics: there's even a little sex.
I've previously written three books combining my twin interests of history and journalism: A Church at War was about the struggle over homosexuality in worldwide Anglicanism; God's Own Country was about the history of American religion and politics and Asquith was a short biography of the Edwardian prime minister H.H. Asquith. I also edited the Bedside Guardian 2012: the annual anthology of the paper's best articles.
I've been fascinated by American history ever since I was a student more than 40 years ago and have visited (and reported from) the US many times - including the locations and battlefields of my novel.
I have two more books coming out next year: both history and both non-fiction:
An Immense Scheme in View: Britain in 1846 is about the great political, economic and social upheavals at the heart of Victorian politics.
And The Poisoner: The Short Life and Deep Crimes of William Palmer is about a man Charles Dickens called "the greatest villain ever to stand in the Old Bailey dock", a serial killer whose trial transfixed the nation, from Queen Victoria downwards. But did anyone ever really prove that he was guilty? Read the book from next Spring and find out!
I live in Kent, England, have been married to Alice for 27 years and we have three grown-up children. I was brought up a Roman Catholic but covering religious affairs managed finally to kill off my faith, so I am now an agnostic.
Hope this tells you a little bit about me and my latest books! 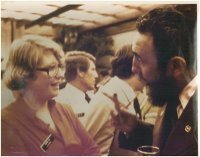 Jill Meyer
1,164 reviews104 followers
April 28, 2016
It's April, 2016, and the United Kingdom's Queen Elizabeth is celebrating her 90th birthday. She has already reigned longer than any other British monarch. She is the head of the House of Windsor, head of the world-wide Commonwealth, head of the Church of England, as well as holding a passel of other titles. She is also a wife, the mother of four children, the grandmother of eight, and the great-grandmother of four or five. Since her own mother lived until she was 101, Elizabeth may well live a while longer. (Her father, George VI, died relatively young of lung cancer). When she finally dies, she'll leave three generations of descendants who could possibly rule into the next century. She has ruled through good times and bad, and has always maintained the respect of her people, though some were troubled by her response to Diana's death in 1997. But what has Elizabeth

Stephen Bates, in his book, "Royalty Inc: Britain's Best-Known Brand", looks at the royal "family business". He covers a bit of the past - beginning with Victoria - and moves forward to future, when Charles III, William V, and George IV await their turns on the throne. One of the best thing's about Bates' writing is that he totally non-sensational in talking about both the people and the institution of the royal business. He doesn't talk about Elizabeth by-passing Charles and "giving" the throne to William, or Camilla "plotting" her way to power, or any of the other "fantasies" royal writers like to espouse in these latter days of Elizabeth's reign. Rather, Bates goes behind the scenes and looks at how the business functions; the many people and jobs needed to keep the company running. He gives as much of a look forward as he can, providing contrasts with the past. And while looking forward, he talks about the "republican" movement in Britain and considers whether the Commonwealth countries will stay the course while Elizabeth is still on the throne but look at casting off the ties to England when Charles succeeds her.

All in all, Stephen Bates covers the English monarchy in a fluid and readable style. It really is the best book I've read on "the Royals" in many years.
Aranka
38 reviews
February 1, 2019
This book is about the contemporary history of the monarch and how it survives the changes. The writing is elegant and sometimes interesting. The structure focuses on monarch first, then extends to stakeholders e.g. private secretaries, monarch-press relationship, heirs, source of income and controversies over expenditures, and finally, the possibility of a republic conversion, which seems to have been discussed more heatedly in Canada, Australia and New Zealand rather than in the UK.

Some monarch left deeper impression:
- Queen Victoria - A public-facing multi-task master who can look at the first, smiling at the second, judging the third and talking to the fourth, although she discovered that the rise of popularity comes at a price of weakening power.
- Queen Elizabeth I - Belief lies in seeing. If you cannot be seen, people's faith in and concept of royalty fades.
- George V - The suitability to throne does not lie in wisdom, but depend on self-sacrifice and maintaining steadiness, in other words, self control.

I also like the way when Stephen tried to describe the Duke, saying that he was intending to break the ice, but in doing so often found himself sank in it. Some sentences like this convey enjoyable British humour.

Chapter six implicitly marks the second section where the focus transcends from the monarch themselves to the close confidants. It impressed me how the secretaries were supposed to keep every minister company while appearing neutral, staying in the heart of secrets while deciding whether to report them with different granularity, if not casting them away.

In the rest of the book, a lot of insider details were revealed, some presenting interesting angles to famous incidents such as the tragic marriage of Diana-Charles and the granting of Australian knighthood to Prince Philip.

Adam Hummel
210 reviews1 follower
June 9, 2017
Great read, great insight, really enjoyed this different take on the royal family.
Michell Karnes
534 reviews4 followers
May 10, 2018
The royal family of Britain is in many ways a business and Queen Elizabeth is the CEO. This book details some of the facts about the royal family. I good book for any royal fan.

David McClure
Author 2 books4 followers
August 28, 2016
This analysis of the British royal family (and its brand) since the 18th century is thoughtful, even-handed and well written but it could have benefited from some more original research and a few revelations. For instance, the chapter on the royal finances was interesting as far as it went but a bit of archival digging in the royal vaults could have thrown up some more critical material on how the monarchy manages its money.
Displaying 1 - 5 of 5 reviews