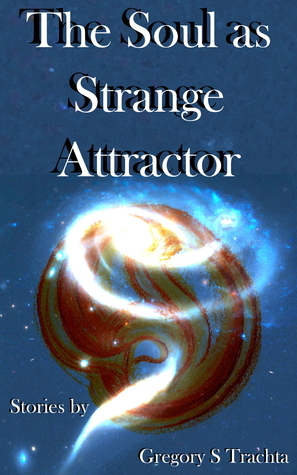 The Soul as Strange Attractor

5.00
1 rating1 review
Rate this book
“The Soul as Strange Attractor,” is a collection of stories described by one reader as “literary fiction edged with magic realism elements,” in which, “early stories play out in the background and wings of later,” ones. As the characters speak, their intent is the truth, and they, mostly, take themselves seriously. We need not, but if we share their sincerity, something cardinal, beyond their control, may arise like gravity waves from the edgeless outermost.
The stories are set in the decades after WW II, with a few echoes from earlier times. The anchoring geography is the Sierra Fangoso Mountains, west of Las Cruces, New Mexico, where aeons of adventurers have left trails and marks. The little mountain village of Mudgap, founded on gold fever and lately sustained by military and tourist energy, is prominent. If some readers doubt the existence of places not found on a map, they might consider that neither maps nor dictionaries were passed out with the Ten Commandments. “The Soul as Strange Attractor” doesn’t pretend otherwise.
The stories come from the typical interests of Mudgap residents: blood on the White Sands, childhood pranks, the rending of reality, the tedium of infidelity and self-inspection, tall tales, taller tales, the Viet Nam war, Dr. Reich’s Orgone Accumulator, Buddy Bolden’s lost recordings, space aliens, the true meaning of Christmas, the Crown of Aleppo, suspected ghosts, and, of course, coming of age (or ages). Time is a silent character in all the stories, miming and mugging his way through the scenes, and not in the background either, but largely unnoticed.

1 book1 follower
Gregory S Trachta is a long time resident of Mudgap, New Mexico. The locals know him by another name but they accept his affectations and are even good-natured about his indiscretions with their privacy, although a few are oppugnant to his meddling and hostile to perceived corruptions of their stories. “That’s not the way it happened at all,” is sometimes asserted. Still, they tolerate him, and, most days, he can be seen poking around the area, looking for a good anecdote.
Prior to taking up residence in Mudgap, he was a frequent visitor from the various locations his research in theoretical pragmatism took him: California, Missouri, Colorado, New Mexico, Texas, Louisiana, Massachusetts, and so on and so on. He can be seen in the nearby picture, heading confidently into, one supposes, the future.

I found the writing here truly literary. With each new tale I found significance and meaning far beyond the scope of the story itself. Stories like LITTLE HENRY and LINE OF SIGHT left me in thoughtful repose. Each tale somehow evoked a smile or a tip of the hat. The surprisingly wide range of styles and subjects also made this anthology particularly pleasing.

It is said that New Mexico is the 'Land of Enchantment.' Gregory S Trachta captures the enchantment perfectly in THE SOUL AS STRANGE ATTRACTOR. If you're a short story fan as I am, you'll love this collection.
Displaying 1 of 1 review