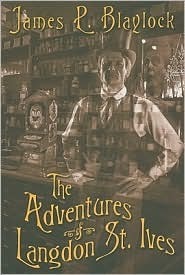 The Adventures of Langdon St. Ives

3.67
184 ratings11 reviews
Rate this book
"A good deal of controversy arose late in the last century over what has been referred to by the more livid newspapers as 'The Horror in St. James Park' or 'The Ape-box Affair'"

So begins the first chronicle in the long and often obscure life of Langdon St. Ives, Victorian scientist and adventurer, respected member of the Explorers Club and of societies far more obscure, consultant to scientific luminaries, and secret, unheralded savior of humankind. From the depths of the Borneo jungles to the starlit reaches of outer space, and ultimately through the dark corridors of past and future time, the adventures of Langdon St. Ives invariably lead him back to the streets and alleys of the busiest, darkest, most secretive city in the world -- London in the age of steam and gaslamps, with the Thames fog settling in over the vast city of perpetual evening. St. Ives, in pursuit of the infamous Dr. Ignacio Narbondo, discovers the living horror of revivified corpses, the deep sea mystery of a machine with the power to drag ships to their doom, and the appalling threat of a skeleton-piloted airship descending toward the city of London itself, carrying within its gondola a living homunculus with the power to drive men mad.

This omnibus volume contains the collected steampunk stories and novels of James P. Blaylock, one of the originators of the genre, which hearkens back to the worlds of Jules Verne and H.G. Wells, a world where science was a work of the imagination, and the imagination was endlessly free to dream.

The Adventures of Langdon St. Ives will contain the original illustrations J. K. Potter created for the novel Lord Kelvin's Machine, plus many more for the novel, Homunculus, and the short stories.

87 books256 followers
James Paul Blaylock is an American fantasy author. He is noted for his distinctive style. He writes in a humorous way: His characters never walk, they clump along, or when someone complains (in a flying machine) that flight is impossible, the other characters agree and show him why he's right.

He was born in Long Beach, California; studied English at California State University, Fullerton, receiving an M.A. in 1974; and lives in Orange, California, teaching creative writing at Chapman University. Many of his books are set in Orange County, California, and can more specifically be termed "fabulism" — that is, fantastic things happen in our present-day world, rather than in traditional fantasy, where the setting is often some other world. His works have also been categorized as magic realism.

He and his friends Tim Powers and K.W. Jeter were mentored by Philip K. Dick. Along with Powers he invented the poet William Ashbless. Blaylock and Powers have often collaborated with each other on writing stories, including The Better Boy, On Pirates, and The William Ashbless Memorial Cookbook.

Blaylock is also currently director of the Creative Writing Conservatory at the Orange County High School of the Arts, where Powers is Writer in Residence.

karlos
39 reviews1 follower
September 22, 2021
A difficult book to get a handle on, from the start. It has a little something to do with the fact that I’ve never mastered the hidden art of reading collections - if indeed such a craft exists. I always feel like I’m doing something wrong just plowing through it, sliding from one story to the next. Shouldn’t the individual stories be allowed the space to breathe? When I do that, though, the volume has a nasty habit of just sitting there beside my bed, halfway finished. Blaylock also has the indecency to compound my anthology-related neuroticism by playing fast and loose with his own continuity over the first four pieces (three short stories followed by the novel Homunculus); not only do the individual stories leap around chronologically, the recurring characters seem to be in flux right up until Homunculus arrives to solidify their personalities and biographies. When my inner nerd finally stopped fretting at the GLARING CONTINUITY ERRORS, I found the Victorian science heroics of Langdon St. Ives and associates very much to my liking.

Blaylock still made me work for it, though. His prose, while not overly stylised, has a deceptive complexity to it that took a good while getting used to, making the pages read at what felt like half speed. Both of the novels in the collection (1995’s Lord Kelvin’s Machine being the second) also possess dauntingly dense plots, never letting me feel like I was ahead of the characters. More often than not it seemed like I was on the verge of losing sight of things altogether, trailing barely close enough not to lose sight of things in that ever-present London fog. But, like I said above, once I got used to things, there was plenty to like, even love (Bill Kraken!), Blaylock’s sardonic wit and deft, minimalistic characterisation making knee-jerk suggestions of pastiche land well wide of the mark. Lord Kelvin’s Machine’s impressively seamless balancing of romp and tragedy is the emotional highlight of the collection, Blaylock pulling off the trick of making its very probable denouement, feel both surprising and deeply rewarding. And a very gratifying way of ending the collection itself.

Daniel Shellenbarger
387 reviews15 followers
June 29, 2013
Sometimes while reading the Adventures of Langdon St. Ives, I was merely bored, but most of the time I was bored, confused, and really annoyed with the author. This "book" is actually a series of short stories of Victorian steampunk with a common protagonist, sort of. The stories are told in a disjointed narrative that is often both painfully slow and incomprehensibly obtuse. Worse, the most interesting things in these stories are often referred to rather than actually occurring within the more mundane events of the short stories. That is exactly what bugged me about this book, Blaylock depicts fantastic things in a way that makes them feel mundane and even boring. In the end, after suffering through most of the book, I gave up rather than surrender my sanity. If you're looking for mad science and bizarre steampunk-ery in Victorian London, I would say Mark Hodder's "The Strange Affair of Spring Heeled Jack" (and its sequel to a lesser extent) is a much better bet.

Zaden Smith
1 review
September 8, 2019
good one
Cathy
276 reviews46 followers
January 26, 2011
Steampunketty fun. The first story in the omnibus is an incredibly labored farce and I thought I had made a mistake by buying this, but it improves considerably after that. The best stories (and novel sections) are those narrated by Jack Owlesby, who is a sort of Bertie Woosterish type and has quite an amusing voice.

In the third person, Blaylock sometimes bogs down because all his characters are such grotesques and we are not given any indication of who they are or how they got that way -- this is the problem I had with The Digging Leviathan. With the St. Ives collection, although they are still grotesques, the humor makes the tales more engaging. Plus we've got zombies, Victorian spaceships, time travel, blimps, comets that threaten to destroy the world -- not to mention an ingenious plan to plug a black hole -- so it's certainly never boring! 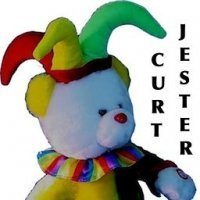 Jeff Miller
1,088 reviews167 followers
March 30, 2012
A nice collection of short stories and two full novels involving the same characters including what was the first steam punk story. I was recommended this author because of my love of Tim Powers and in turns out Blaylock is a great friend of Powers since college.

Bradley
93 reviews
October 10, 2012
Very possibly the most convoluted and disjointed story I've ever tried to read. Stuck it out for a couple hundred pages, but had to admit it just wasn't my cup of tea, and reshelved it at the very back.

Louise
78 reviews27 followers
January 30, 2013
I'm in the mood for steampunk, but Blaylock took his decent short stories and expanded a few into long, rather over-wieldy novellas. Lots hinted at, little resolved, some pointless gore. The basic characters deserve so much more, because they're afascinating cast. Disappointed.
Cecilia Rodriguez
3,277 reviews31 followers
August 21, 2015
A collection of short stories and novellas featuring: Langdon St.Ives.
You can tell that Blaylock is one of the authentic originators of the Steampunk genre.
Blaylock's writing is elegant and pays homage to the Victorian style of storytelling without being fussy or antiquated.
April
172 reviews4 followers
May 1, 2009
http://greenmanreview.com/book/book_b...

Ron
78 reviews
Want to read
February 28, 2013
Seemed good and interesting, will go back to it