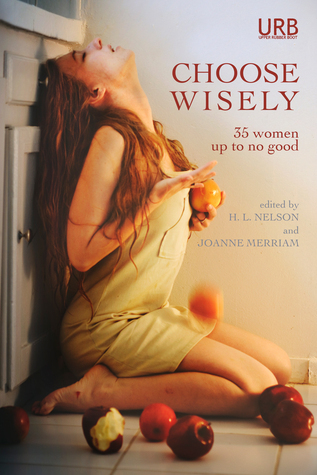 Women Up To No Good

Choose Wisely: 35 Women Up To No Good

3.71
51 ratings11 reviews
Rate this book
Choose Wisely: 35 Women Up To No Good is a feminist anthology of dark fiction co-edited by H. L. Nelson and Joanne Merriam. Containing 35 stories of bad women and "good" women who just haven't been caught yet, it features Joyce Carol Oates, Aimee Bender, Diane Cook, and 33 other fearless women writers.

3.71
51 ratings11 reviews
5 stars
16 (31%)
4 stars
15 (29%)
3 stars
12 (23%)
2 stars
5 (9%)
1 star
3 (5%)
Displaying 1 - 11 of 11 reviews
David
Author 12 books134 followers
March 17, 2015
This is an impressive collection. Strong, well written, and intriguing. The writing is consistently good throughout while the individual pieces are excellently varied in style, tone, and impact. Some are deliciously humorous, some are hauntingly tragic, and some are unsettlingly horrifying. A wonderful mix of excellent writers and stories. There is just so much to like here. 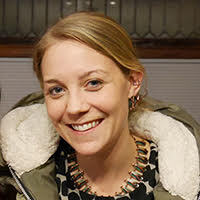 Sarah Beaudette
132 reviews7 followers
March 28, 2017
There's something in here for everyone, and I mean everyone: all styles and genres: litfic, horror, humor, sci-fi, you name it. This also means you probably won't like every story, but it's a meaty, worthwhile survey of what's out there today in terms of short fiction by women authors. Since many of the stories are flash (1,000 words or fewer), I'll only list a few of my favorites.

Also, there are a few stories with a lot of violence, and a few dystopic "this is a society in which women must all wear the proper butt implants to be 'matched'" stories that I tended to skip. If that's your thing, these stories are scattered throughout.

Joyce Carol Oates, "Spotted Hyenas: A Romance" One of the longer stories in the collection, and one of my favorites. Examines sex selection in humans as compared to hyenas in a beautiful, understated story--ironically, main character Mariana chooses to marry an alpha male who doesn't want kids, and who fails to protect her in the most important ways throughout their marriage. She's haunted (literally) by the choice she made.

Kathy Fish, "The Hollow": Kathy Fish is a revered name in flash--there's a fellowship in her name at the Smokelong Quarterly journal. I like her stories for their immediacy, for their ability to paint the universal through the minutely specific details. First line: "Afternoons, the girls play in the hollow. The heat buckles their energy and sweat drips into their eyes. Their mother works hard, but the girls are unkempt and secretive, given to a layered, sarcastic wit."

Rachel Swirsky, "The Sea of Trees"-Upmarket horror/suspense about Japan's suicide forest. (Yes, this is a real place with a real, sordid history). I loved the ghost-on-mortal "sex as grief and conflict" scenes.

Gwen Beatty, "Angel Thinks She Will Die Very Soon"-Edgy, plays with structure and time, unpredictably violent in the right ways. My cup of tea.

Meg Tuite, "Guess Who's Coming to Dinner"- HILARIOUS story that serves as a commentary on what we commonly think of as clinically "crazy" as compared to the insanity that occurs around every Thanksgiving dinner table every year. Laughed out loud several times.

Mary Miller, "This Boy I Loved a Rock": "When I woke up this morning, I made my bed, which was worrisome." An absurdist, humorous, vulgar but poignant meditation on the death of love.

The last two stories, "Vampire" by Tina May Hall, and "Ms. Liberty Gets a Haircut" by Cat Rambo, are SO SO GOOD. Just, please read them. Admittedly, mothers may relate more strongly to "Vampire" and sci-fi lovers of humor and gender identity politics will get an especially huge kick out of Liberty.


Bibliophile Raven's Review of Choose Wisely: 35 Women Up To No Good
Talissia Bates
30 reviews1 follower
September 13, 2018
I purchased this book without knowing that it was dark fiction so I was mostly upset when I ran into the story that involved rape but I was only interested in the book because I liked the first story set in a psychiatric unit. I've always been a sucker for anything that could get me closer to this experience, and so, I purchased the book.

I gave it only 3 stars because it's not a waste a money but did not give it 5 stars because I wouldnt knowingly read it or refer to it again. Maybe I gave it 3 for the cover. :P
Robert Vaughan
Author 9 books124 followers
January 17, 2016
A great anthology filled with some of the best contemporary writers. A must read.

Dana Stabenow
Author 94 books1,870 followers
February 3, 2019
Some interesting, provocative and downright weird (I did not understand what the author of the zombie story meant by it, not even a little) short stories written by women about women in genres ranging from modern fiction to sf to fantasy. Even if you picked up the book only to read the first story by Diane Cook, "Moving On," it would be worth it to you.
Frances
494 reviews26 followers
December 14, 2018
This was fantastic. Incredible range of stories, comfortable and weird and strange and bright and cold and generally lovely. Grab it if you can.

Estel
301 reviews
April 19, 2020
This is a mixed bag, as with most anthologies. It starts strong out the gate with three great stories but others don't live up to that. Worth a read if you like women making tough choices.
Jeanne
Author 4 books101 followers
January 17, 2016
This is an impressive collection of fiction by female authors ranging from the famous to brand new voices. Although the stories are mostly speculative in nature, their style ranges from classical Margaret Atwood-style to dystopian to magical realism to laugh-out-loud humor. Since there are 35 stories in the collection, I thought I'd touch on a few of my favorites.

As a fan of Ray Bradbury and Margaret Atwood, I was pleased to find that the very first story, "Moving On," by Diane Cook, is a classic SF commentary on society and cultural values. There are strong echoes of The Handmaid's Tale in this story, but I could also feel the influence of Ray Bradbury's Fahrenheit 451, in which the state dictates the fate of the individual. "Moving On" opens with the evocative sentence, "They let me tend to my husband's burial and settle his affairs, which means that for a few days I get to stay in my house, pretend he is away on business while I stand in the closet and smell his clothes." The first paragraph pulls you immediately into the narrator's situation, and the story never lets you go. Throughout, you are wishing, hoping, desperate for a different outcome, and yet you know, the odds are against her. Cook's strong voice propels the reader forward to its unsettling conclusion.

A common topic of discussion in social media today is that of body image, especially the concern that women are being pressured into appearing unnaturally thin. Emily Slaney addresses that subject deftly in her story, "Bear Traps," about a retreat where potential super-star models go to improve their prospects. The writing here captures the voice of shallow and superficial ambition, while the narrator is a fascinating character torn by her desire for approval and her jealousy of the model guests. You may think twice about eating an apple after you read this short story.

Joyce Carol Oates's story, "Spotted Hyenas: A Romance," explores love, quite literally, on the wild side, using a touch of magical realism. In this lush, sensual tale, Mariana's re-connection with a former mentor collides with her mundane marital life. Oates is a master of the literary device, and she pulls out all the stops here, using flashbacks, letters, magical realism, and smart meta-text references to great effect. We are swept quickly into the allure of the hyena, normally an animal most people would find somewhat repulsive, and the conclusion of this story will leave you breathless.

A fourth stand-out for me was the story, "Kennel Club," by Jennifer Pelland, a piece which had me laughing out loud from the very first page. In "Kennel Club," the women are in control, and the men have gone native, hiding out in the wilderness. After the narrator receives a nagging phone call from her mother, our heroine agrees it's time to capture a man so she can procreate. After all, her mother reminds her, "Aren't you ovulating? No time like the present." Setting a trap with a cooler of beer and chips, the narrator bags her man, and thus begins the tale of a fascinating and wildly humorous relationship between the predator and her prey.

If I were to express any complaint about his collection, it's that it's too long. I found it difficult to immerse myself into an overall theme and mood because there were so many shifts, often within a page or two, and I suspect I skimmed a few worthy stories simply because I was overwhelmed. For me, it would have been better to have read this collection in two books, perhaps as volume 1 and 2, as it is much easier to absorb the tone of a collection of 15-18 stories than it is to take in the breadth of 35 very disparate pieces, written in such a diversity of styles. However, if you enjoy SF, fantasy, horror, dystopian, humor, or magical realism, you find something to please in the fine collection.
Lindsey
313 reviews36 followers
January 21, 2016
This book caught my eye because it featured Joyce Carol Oates - and naturally her story is the best. I was hoping I would find at least one new author in this collection that I could appreciate, and I did: Tina May Hall. But the vast majority of the stories were just not good, relying on shock value or some wearisome conceit.

Andrea
892 reviews70 followers
April 27, 2016
This was sort of an uneven collection in that some stories didn't appeal to me. My favorite stories were by Gwen Beatty and Rebecca Jones-Howe--those were great.
Displaying 1 - 11 of 11 reviews