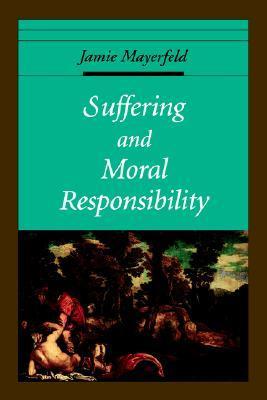 4.00
9 ratings1 review
Rate this book
In this original study, Jamie Mayerfeld undertakes a careful inquiry into the meaning and moral significance of suffering. Understanding suffering in hedonistic terms as an affliction of feeling, he addresses difficulties associated with its identification and measurement. He then turns to an examination of the duty to relieve suffering: its content, its weight relative to other moral considerations, and the role it should play in our lives.

Among the claims defended in the book are that suffering needs to be distinguished from both physical pain and the frustration of desire, that interpersonal comparisons of the intensity of happiness and suffering are possible, that several psychological processes hinder our awareness of other people's suffering, and that the prevention of suffering should often be pursued indirectly. Mayerfeld concludes his discussion by arguing that the reduction of suffering is morally more important than the promotion of happiness, and that most of us greatly underestimate the force of the duty to prevent suffering.

As the first systematic book-length inquiry into the moral significance of suffering, Suffering and Moral Responsibility makes an important contribution to moral philosophy and political theory, and will interest specialists in each of these areas.

So many notes taken on this book, so many pictures of footnotes and references set aside to investigate later, I hardly know what might comprise a satisfactory review that can encapsulate everything succinctly, both my thoughts and Jamie’s.

Mayerfeld’s understanding of the dynamics of moral badness/urgency of suffering, as often divergent from the rate of change of quantity of suffering (intensity*duration*number of victims), seemed a truly novel approach to questions of moral aggregation and cause prioritization. This framing, albeit purposefully inexact in nature, allows one to better come to grips with some of his/her intuitions surrounding complex ethical scenarios, particularly those where ethical outcomes vary greatly with respect to 1-2 variables, but not the overall quantity of suffering itself.

I certainly have no shortage of disagreements with Mayerfeld’s ethical framework in whole, e.g. how he considers the axiological asymmetry with happiness, his alleged grounding for non-hedonistic intrinsic goods (autonomy, accomplishment, knowledge, etc.), and surprisingly his arguments against classical utilitarianism (we align on the conclusion!), but when I step back and compare his worldview to most any other relevant work in ethics, identifying our areas of deviation quickly necessitates an effortful squint, of the sort that’s sufficiently uncomfortable and rarely worth persisting (think back to that moment right before you gave up finding Waldo and slammed that damned book closed).

The exhaustive and comprehensive coverage (almost to a fault) throughout this genuine investigation into such an important topic, albeit a difficult one both intellectually and emotionally, is of a caliber that warrants a level of personal respect from even the least sympathetic readers. Mayerfeld’s commendable infusion of humility and personal uncertainty surrounding various complexities of this topic do not for a moment shroud the clarity and impetus of his explicit call to action, a call that we cannot ethically afford to forget.

It’s not your intro book for this topic, but also not one you can afford to switch majors before getting to.