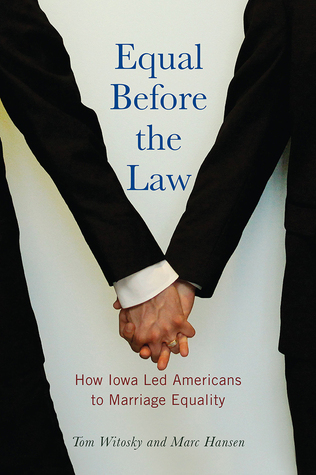 Equal Before the Law: How Iowa Led Americans to Marriage Equality

4.57
21 ratings6 reviews
Rate this book
“We’ve been together in sickness and in health, through the death of his mother, through the adoption of our children, through four long years of this legal battle,” Jason Morgan told reporters of himself and his partner, Chuck Swaggerty. “And if being together through all of that isn’t love and commitment or isn’t family or isn’t marriage, then I don’t know what is.” Just minutes earlier on that day, April 3, 2009, the justices of the Iowa Supreme Court had agreed.

The court’s decision in Varnum v. Brien made Iowa only the third state in the nation to permit same-sex couples to wed—moderate, midwestern Iowa, years before such left-leaning coastal states as California and New York. And unlike the earlier decisions in Massachusetts and Connecticut, Varnum v. Brien was unanimous and unequivocal. It catalyzed the unprecedented and rapid shift in law and public opinion that continues today.

Equal Before the Law tells the stories behind this critical battle in the fight for marriage equality and traces the decision’s impact. The struggle began in 1998 with the easy passage of Iowa’s Defense of Marriage Act and took a turn, surprising to many, in 2005, when six ordinary Iowa couples signed on to Lambda Legal’s suit against the law. Their triumph in 2009 sparked a conservative backlash against the supreme court justices, three of whom faced tough retention elections that fall.
Longtime, award-winning reporters Tom Witosky and Marc Hansen talked with and researched dozens of key figures, including opponent Bob Vander Plaats, proponents Janelle Rettig and Sharon Malheiro, attorneys Roger Kuhle, Dennis Johnson, and Camilla Taylor, and politicians Matt McCoy, Mary Lundby, and Tom Vilsack, who had to weigh their careers against their convictions. Justice Mark Cady, who wrote the decision, explains why the court had to rule in favor of the plaintiffs. At the center of the story are the six couples who sacrificed their privacy to demand public respect for their families.

Through these voices, Witosky and Hansen show that no one should have been surprised by the 2009 decision. Iowans have a long history of leadership on civil rights. Just a year after Iowa became a state, its citizens adopted as their motto the phrase, “Our liberties we prize and our rights we will maintain.” And they still do today. 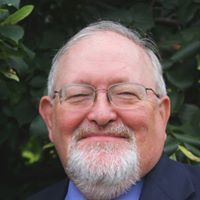 This book tells the story of how the case of Varnum vs. Brien came about. This is the case when the Iowa Supreme Court declared that same-sex marriage is allowed in that state. The authors of the book carefully laid out the arguments and stories that lead to the famous decision. While reading the book, I tried to get a copy of the case online so it will aid in deeper understanding on how the Court came with its decision. I would say that the decision was sound, intelligent, and its arguments logically follows what the Iowa constitution states. Despite knowing that this decision would lead to difficult and challenging lives ahead, the justices independently made the call and promulgate the final verdict. For me that was a true courage.

The book, while it supports same-sex marriage, gave a balanced view of the issue. Not only that the side of opponents were clearly went side by side with the proponents of marriage equality, their background stories were also given in an objective and professional way. I've read some books who disparage the proponents of the other side of the issue by downgrading their arguments and attacking their personalities. This book gave space for the other side and respect them in all description.

Perhaps this objectivity or balanced presentation made me impressed with this book. It made me see the issue in a whole new light. It made me realize how hard it is for the members of the LGBT communities around the world to live every day not to mention fight for their rights. Moreover, it made me think how hard it is for these fellow humans to deal with their every day of their lives living in authoritarian regimes in some parts of the world. It made me remember Alan Turing, whose sad fate was caused by inability of the society to see him from who he really is: a gay whose work is the reason why we have computers nowadays not to mention that his machine was instrumental for Allies to win World War II in 1945.

This book is also about the story of the judges who choose to face the criticisms due to their unpopular decision. This is a story of the independence of judiciary in the face of political and social norms. Every day judges are facing this kind of situations in small and large scale.

This is a good book. For someone who has a traditional beliefs in marriage, I find this book worth reading especially from legal point of view. Now I understand the issue of same-sex marriage better because this book gave me the legal, political, and judicial lens for it; not just seeing it from purely religious point of view.

If you want to challenge your views, read this book.
Catie
12 reviews
July 5, 2015
This book outlines the history of the fight for gay marriage in the state of Iowa. It starts early, with some background on the writing of the Iowa constitution and early Iowa Supreme Court cases that affected Varnum v Brien before looking at the fight that took place in the legislature and then the courts. It was an interesting read to learn more about all parts of the history.

Eva D.
159 reviews1 follower
March 29, 2018
Remarkably accessible account of the Varnum decision. I really enjoyed the passages about Chief Justice Cady's concerns about having a unanimous court decision on the subject, and the Wiggins retention vote saga is a nailbiter . . . even if you knew the outcome of the election beforehand. A++. The discussion about the innovations of the Iowa Court by Justice Cady since the tumultuous retention elections are also engaging; makes you wonder if/ hope that other courts will follow suit.
Marvin
1,867 reviews54 followers
April 30, 2016
This is a detailed account of the Varnum case in which the Iowa Supreme Court ruled that the state's prohibition against same-sex marriage violated the Iowa Constitution, the first such ruling outside the coastal states and the first unanimous ruling in such a case. The authors tell the story very well, making a legal history surprisingly touching. The approach is similar to John Johnson's account of the Tinker black armband case, another transformative legal case in Iowa history, one that went to the U.S. Supreme Court. Both books, following the classic Gideon's Trumpet, show how the case--and the conditions that prompted it--shaped, and was shaped by, the people involved in it, from the plaintiffs to their lawyers to the judges who made the ruling, and to those who opposed it. The authors, two former Des Moines Register reporters, also impress with their knowledge of the Iowa context, including Iowa's history (surprising to those who don't know the state) of being in the advance guard of protecting civil rights. This book won the State Historical Society of Iowa's Benjamin F. Shambaugh Award as the most significant book about Iowa history published in 2015, and it seems destined to become an Iowa history classic.

Robert C.
1 review
January 24, 2016
The legalization of same-sex marriage in Iowa in 2009 is an important story that called to be told and it is fortunate that Witosky and Hansen were available to do the job. These two Iowa journalists here present a skilled narrative of events, an excellent overview of relevant State politics, and competent legal scholarship. The authors introduce a compelling cast of characters - same-sex couples who wish to marry, their children in some instances, jurists at the various levels of Iowa Courts, other lawyers, Governors and State Senators and Representatives - and treat all with intelligence and fairness. The reader comes to know the couples and children and to care about them. Legalization in Iowa was a major step in the fight for legalization across the nation and the story will be of interest to all readers, not only Iowans. The Iowa experience is a microcosm of the larger national experience as to this issue. I highly recommend Equal Before Law!
Ron Nurmi
390 reviews
January 18, 2016
a look how the Iowa Supreme Court ruled for marriage equality and the aftermath
Displaying 1 - 6 of 6 reviews