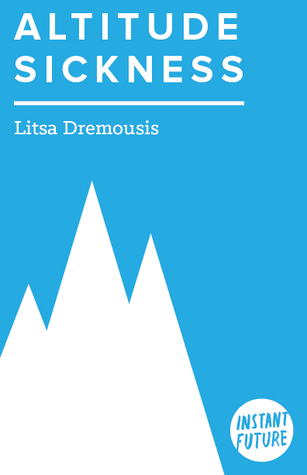 4.27
64 ratings16 reviews
Rate this book
When a some-time lover and full-time friend dies in a climbing accident, Litsa Dremousis is left to deal with the aftermath: the loss of a soul-mate, the apartment filled with little ambushes in the form of objects from the relationship, and the difficult task of understanding what it was that made this person she loved repeatedly risk his life. And she’s also left to wonder how to feel.

Altitude Sickness by Seattle writer Litsa Dremousis is an important addition to the conversation about the social responsibilities and emotional consequences of climbing-related tragedies and a funny, furious, and heartbreaking personal story.

"Whether through snark or anonymity, the Internet has made emotional nuance a rare commodity in 2014. Litsa Dremousis consistently proves herself to be unafraid to reverse this trend. Whether it's love, lust, sex (different than the previous two), illness, or raw anger, she explores what it means to allow yourself to truly feel (or not) in the context of a tragic loss. It's fascinating, risky, and honest. You should download Altitude Sickness immediately if not sooner."

—Sean Beaudoin, author of The Infects and Wise Young Fool

"As a journalist, Litsa Dremousis is no stranger to unflinching honesty,
but as a memoirist, she truly bears all. Not as much a recount of the tragic loss of a loved one
as a meditation on the merits and consequences of thrill-seeking, Altitude Sickness understands the alchemical manner in which grief and anger are inseparably linked. Written with equal parts
tenderness and cynicism, Dremousis's exploration of love and mortality will leave you gasping."

"Litsa's sentences are precise, brutal, and reek of love, beauty, and integrity. Reading 'Altitude Sickness' I had all kinds of feelings: I envied Neal's his partner's love, and I got mad at him for leaving her behind. But more importantly I kept thinking this is not prose, this is poetry, plain and simple. An intense dose of confronting life, love, and death. I am grateful this book exists."

—Maged Zaher, author of The Revolution Happened and You Didn't Call Me, Thank You for the Window Office, Portrait of the Poet as an Engineer, winner of the The Stranger's 2013 Genius Award for Literature

2 books18 followers
Litsa Dremousis is the author of Altitude Sickness (Future Tense Books). Seattle Metropolitan Magazine named it one of the all-time "20 Books Every Seattleite Must Read". Her essay "After the Fire" was selected as one of the "Most Notable Essays 2011” by Best American Essays, and The Seattle Weekly named her one of "50 Women Who Rock Seattle". She is an essayist with The Washington Post.

4.27
64 ratings16 reviews
5 stars
36 (56%)
4 stars
16 (25%)
3 stars
7 (10%)
2 stars
3 (4%)
1 star
2 (3%)
Displaying 1 - 16 of 16 reviews
Kevin
Author 28 books35.4k followers
December 23, 2017
Dremousis's candid and searing essay explores the grief she experienced after her longtime friend and lover dies in a mountain climbing accident. This is the first eBook exclusive from the new Future Tense Books series, Instant Future (which will be co-curated and edited by Matthew Simmons).
There is so many things to like about Altitude Sickness. It's deeply rooted in the real emotional turmoil felt by the author, but it's also smartly analyzed and creatively constructed into a multi-faceted look at the psychology and thrill-seeking motivations of the world of mountain climbing. There were moments when it feels like an anti-mountaineering cautionary tale, but Dremousis stays even-handed even through her heartbreak. She tries (and keep in mind, the word essay=attempt) to come to an understanding on the dangers of nature and how life can be taken away so quickly. A revealing and magnificent piece of work.

Matthew
Author 11 books64 followers
November 7, 2014
One of the things I love is that Litsa is such a personable writer. The story is funny because she’s funny. It’s heartbreaking because she is heartbroken. And it has this angry core, because she’s angry. The anger is passion. The passion comes out of the fact that she misses someone, and that’s where readers can connect. We all miss someone, and we’re all, even if it’s somewhere deep down inside, angry about it. Grief, memory, the danger that one could slip either physically or emotionally at any time—it's all here.

I was very pleased to help bring this ebook into the world. I chose it and edited it for Instant Future eBooks.
Jade Walker
Author 3 books17 followers
October 23, 2014
"Altitude Sickness" tells the story of how the author dealt with the death of her best friend (and on-again-off-again boyfriend of 20 years). More than just a treatise on grieving, the book also delves into the physical and emotional consequences of mountain climbing, and how society’s attitude toward this activity needs to change.

I loved this book's wit and wisdom. While Litsa plumbs the abyss of her loss, she somehow manages to return to the surface to breathe and love and share the knowledge she gained from all that suffering. Her goal is not to memorialize the man she lost, but to remember; not to preach, but to enlighten. 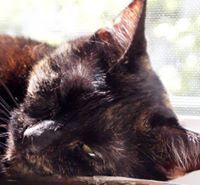 Sukey Pett
1 review
October 26, 2014
Litsa Dremousis "Altitude Sickness" is the debut novel/memoir of a fresh new voice. Dremousis writes about the death of her best friend and intermittent, peripatetic lover, Neal. Neal died in a mountain climbing accident and Litsa is left to pick up the pieces. Her prose is funny, smart and endearingly human.

Dremousis has also done her homework about mountain climbing, our perspective on it, and why that needs to change. This is a terrific read that will leave you wanting to see what Litsa Dremousis writes next.

Christy Napier
2 reviews
October 28, 2014
Extremely timely (so many climbing deaths this year), intensely personal and compelling essay about Litsa's attempt to understand her partner's love of climbing that lead to his terrible accident. 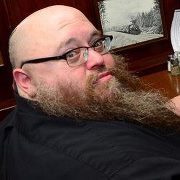 Chris Estey
73 reviews
February 19, 2015
This book has intellectual heights and emotional depth so few possess these days. The author combines such a clarity of perception regarding drive, creativity, and loss that it is astonishing. It feeds the spirit while openly questioning the dangers of our compulsions (among them, mountain climbing). The prose crackles with sensual candor and ontological danger, and it is probably one of the most challenging and absorbing works of non-fiction you'll read in years.
Margaret Adams
Author 8 books18 followers
Read
May 2, 2018
Candid, searing, funny, this was the first ebook exclusive from Future Tense Books (which also published Elissa Washuta’s Starvation Mode and Tatiana Ryckman’s I Don’t Think of You (Until I Do)). On a personal level, I’ve done just enough mountaineering and I know & love just enough (Seattle-based) climbers to find this folio both pertinent and sobering.

Alexis
4 reviews6 followers
January 14, 2015
When I immediately begun reading this, it caught a hold of me. Dremousis' loss was remarkably relatable even in the most unparalleled ways. The anger and sincerity she has/had for Neal is so palpable in her words. Litsa says, "Imagine the person you love most vanishing without their keys, wallet, money, and cigarettes. Now try to sleep each night and go to work the next day while remaining a loving family member and friend who is hopeful but also wise and realistic" This really put a thought in my head. Please, read this. Litsa Dremousis' story is so important. Loss is so important, loss derived from any cause is so pertinent to our emotions. This made me feel like a human. Thank you, Future Tense Books, so much for publishing this!
Allison Ellis
Author 1 book12 followers
June 13, 2015
A searingly beautiful memoir about loss, love and risk. Through unflinching, honest prose, Dremousis takes us through the complexity of grief, from the hilarity of her own family to the challenging responses from the climbing community when her long-term partner, Neal, dies suddenly in a climbing accident.

As a widow and a fellow writer dealing with similar topics, I was struck by how well Dremousis handles her material: this isn't a typical grief memoir in the sense that the narrator moves from point A to B. Instead, she lingers on her themes, taking us both deeper in the examination of the self, and also gazing wider at society's hangups and response. The result is a narrative that is poignant, introspective, funny, and above all -- deeply moving.

Aaron Dietz
Author 14 books51 followers
December 10, 2014
An incredibly compelling, quick, and entertaining read about the varied reactions one can have from losing a close friend due to mountaineering. Honest and true. Funny and sad. Kind of want to give the author the most solemn and reverent, slow fist bump ever, if that's even a thing that is possible.
Aliciad
2 reviews
November 12, 2014
This book is moving; as much due to the author's style as it is the story she tells. She weaves the emotions associated with unnecessary loss with some of the science behind why people are drawn to certain activities. In this case, rock climbing. I read this book in a long afternoon, and will likely do so again in the near future. A very rich and satisfying read.

Ryan
198 reviews4 followers
August 28, 2015
What an incredible essay. Filled with biting grief and deep deep love. This story, about the author dealing with the death of her best friend in a climbing accident, should hit home to those of us who are lucky enough to call the NW home.
Frances Dinger
Author 3 books20 followers
February 12, 2015
A gorgeous gut-punch about love, human hubris and the fraught ways we try to connect with nature.
Caryn Rose
Author 6 books57 followers
December 28, 2014
Short, snappy, truthful and compelling. And one of the greatest opening paragraphs, ever.
Kayo
2,327 reviews28 followers
April 10, 2015
Sad and moving. 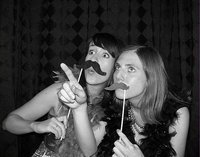 Emily
648 reviews17 followers
June 13, 2018
Dremousis' writing brims with emotion. Somewhat surprisingly, in a book about grief, it's her anger that's most palpable is anger - she's angry at her friend/lover for dying, she's angry at climbers in general for putting themselves in danger, she's angry at herself for staying entwined with Neal despite knowing he was constantly in dangerous situations. The writing is blunt and straightforward, but Dremousis wields it like a weapon.