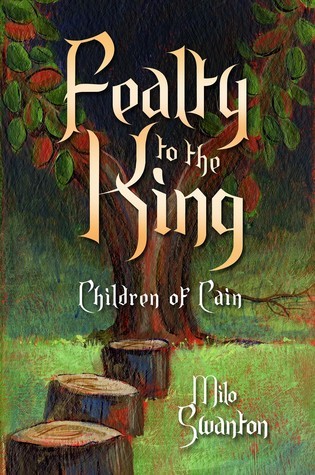 Fealty to the King

3.00
8 ratings5 reviews
Rate this book
As the fourth son of the former clanlord of the Herkt, Brutez wasn't meant to rule. But finding himself in conflict with the violent current leader over a captured enemy warrior, he challenges the clanlord for leadership, and changes his destiny.

Brutez is soon drawn into the wars among the neighboring clans and tribes. He has a vision for a unity they've never known, but peace comes at great price. Warfare is dangerous, and politics are even deadlier.

Fealty to the King is a sweeping, epic tale of warrior clans and tribes. Of discovery, knowledge, and faith. Of the founding of a nation. Of greatness.

Milo Swanton started writing stories as soon as he could write (second grade). His first big purchase from his paper route money was an electric typewriter.

Milo enjoys epic stories with intricate plots and lots of characters. He wrote his first novel during college after watching the epic movie El Cid and wanting to write something like it. A rewrite of this novel, Imperial Swords, is a possible sequel to Fealty to the King.

Milo grew up in Wisconsin and earned a bachelor's degree in computer science and mathematics. His software engineering career included work on military, medical device, and air traffic control applications. He lives with his wife and three teenage daughters in Minnesota.

For about the first 30% of the book, I was so confused. It sort of reminded me of reading any of Agatha Christie's books or The Westing Game. There were just so many characters that were thrown at you and you had to keep them all straight in your head. So it got a bit crazy! After that though, I started to pick up on things and realize who was important and vital to the story and who wasn't as much.

So that confusion is part of what caused this to be four stars and not five but also because it was just not five star material. I know that sounds incredibly vague but I really can't explain it. It's when you read a five star book and it just... connects. I have no idea what I'm saying...

Kudos to the author though for the amazing world-building! In the front of the book, there was a map of the region and in the back, a glossary and index of all the unfamiliar words, terms, and people (and their relationship to other people). That was extraordinarily helpful once I got to the end and realized it was there. It just reminds me of the LOTR series how Mr. Tolkien created his own world and even a language to go along with it. Everything was just so real and you could tell that the author was really immersed in their own little world.

Also, once you get to the whole Cain part (I won't say more or I'll spoil), it gets pretty interesting because it isn't just all about the clan peace anymore. It's about their ancestry and understanding and knowledge.

The Final Verdict:
A solid book with fantastic world-building and an interesting plot. The beginning was a bit confusing but if you can handle Agatha Christie books or The Westing Game, you're in for a treat!
4 stars

Rebecca
365 reviews11 followers
November 22, 2014
I have to admit though this book was well written and the story filled with lots of action I personally did not enjoy it. I am not sure if it was because I got confused as to who the author was writing about from time to time or if because I had trouble following the story. which ever the case I wasn't really into this book. That said if you enjoy action packed stories with lots of blood shed then you may enjoy this one. It is an epic tale and full of lots of various clans and people. So yeah not one I personally would recommend but that's just my opinion.

Disclaimer: I received a free copy of this book in exchange for my honest review.
Phillip Cole
260 reviews1 follower
October 24, 2014
All we know about Cain is that he was banished and marked so that he would not be killed. What happened afterwards isn't known in detail. We know he had kids, but what took place in the time following that? Milo Swanton creates a story around Cain's descendants forming clans and interacting with each other in Fealty to the King.

Swanton writes a detailed fictional account of the territories that came about, the wars, the relationships, and the events that transpired. It is easy to get lost in the Snarshyim empire with his descriptions of the towns and travels of its inhabitants.

There is something for most tastes in books; romance, action, history, and lessons we should learn. Forgiveness and trusting in God are evident in the story, as is living with honor and putting others first. These moral lessons gain acceptance by most of the characters.

With that said, there are two elements that could be too intense for some readers. There are graphic descriptions of killings and punishments. Fighting is common early in the book, but lessens over the course of the story.

The other element is in dealing with relationships between men and women. Whether they are married or not during the occurrence, the depictions are graphic and detailed. Many people won't be bothered by this, but I do not like reading anything like that.

Overall, I do like the book, and I think it is tells a good story.

I received a free copy of Fealty to the King from the author in exchange for an honest review.
Charissa Wilkinson
529 reviews12 followers
October 27, 2014
I received this book for at fair and honest review.

Overview: The tribes of the Snarshyim have lived in constant war for as long as any could remember. Brutez believes a better way is possible. What all will be asked of him in order to prove his point.

Likes: This book was well written from Grebner’s and Brutez’s alliances to Jorgis’s and Hoj’s journeys. The point was made that even Cain’s descendants could obtain a relationship with God.

Dislikes: The path to peace was quite the bloody affair. And I believe that only Cain was marked, and not his descendants as well.

Conclusion: It’s a fair story. I believe you need to be firm in your faith when you read it though.

Sherry Zook
8 reviews6 followers
November 25, 2014
I found this book to be a little boring . This book is about clans men declaring war and brute thought of the clans becoming one instead of fighting .If you enjoy books with a look at some history I suggest that you check this book out.
Displaying 1 - 5 of 5 reviews