Goodreads helps you keep track of books you want to read.
Start by marking “Dallas 'Til I Cry: Learning to Love Major League Soccer” as Want to Read:

We’d love your help. Let us know what’s wrong with this preview of Dallas 'Til I Cry by Nathan Nipper.

Preview — Dallas 'Til I Cry by Nathan Nipper

Dallas 'Til I Cry: Learning to Love Major League Soccer

Part soccer fan memoir, part MLS critique, Dallas ‘Til I Cry explores American soccer fandom in all its joys, agonies, and quirks through personal accounts filled with humor, insight, and heart. It’s an American twist on the kind of British soccer fan passion chronicled in books like Fever Pitch, Bloody Confused!, and 32 Programmes. Whether already a fan of MLS, cynical about the league, or a curious fan who simply enjoys narratives of soccer cultures around the world, Dallas ‘Til I Cry offers a funny, heart-warming examination of the much-maligned, resilient, and emergent Major League Soccer. ...more

To ask other readers questions about Dallas 'Til I Cry, please sign up.

Start your review of Dallas 'Til I Cry: Learning to Love Major League Soccer

Sep 01, 2014 Tim Roast rated it really liked it  ·  review of another edition
MLS (Major League Soccer) is America's top football (as in soccer) league. It has recently attracted star players such as David Beckham, David Villa and Thierry Henry. However "Major League Soccer is often relegated to second-class status by American soccer fans thanks to the proliferation of European soccer on TV and the internet." Thus an idea was born which is the basis of this book.

Author and American Nathan Nipper confesses that he "developed soccer snob sensibilities towards the MLS." Inst MLS (Major League Soccer) is America's top football (as in soccer) league. It has recently attracted star players such as David Beckham, David Villa and Thierry Henry. However "Major League Soccer is often relegated to second-class status by American soccer fans thanks to the proliferation of European soccer on TV and the internet." Thus an idea was born which is the basis of this book.

Author and American Nathan Nipper confesses that he "developed soccer snob sensibilities towards the MLS." Instead he followed Chelsea and the English Premier League. But how could he call himself an American soccer fan if he paid no heed to the MLS? So he vowed to give MLS a chance and got himself a season ticket for local team, local being 32 miles away, FC Dallas.

The book has a diary format following FC Dallas game by game. First though comes the rather American SuperDraft where FC Dallas pick up a guy with a long term injury thanks to "inflammation at the pubic bone and pelvis" as their first pick, and a guy who could "miss up to six months because of doing missionary work in Haiti" as their second pick. So, coupled with the title of the book "Dalls 'til I cry", a clever rephrasing of the chant Dallas 'til I die, you can tell that the season is not going to be a good one. And so it proves.

Through the season there are good moments, mainly revolving around his family and children as he takes them to their first games, or takes them along to an open training session and watches their interest in soccer grow. You can tell his real passion isn't FC Dallas but his family.

Then there are worse moments in the book where it feels like you are just reading match reports. For FC Dallas fans this may be okay, but for others less so. Also with (spoiler) FC Dallas not making the end of season play-offs it seems strange when he tacks on a section at the end of the book supporting certain other teams as they partake in the play-offs.

Other good parts of the book see an attendance at a press conference and a session for local coaches held by the FC Dallas head coach, a surprisingly open affair providing a little insight into the management of the club at the time.

So overall an interesting read about the MLS and American attitudes towards it. ...more

Overall, this a great read for FC Dallas fans, MLS fans in general and those interested in knowing a little more about what it means to support the top-tier domestic league in the United States. ...more
View all 4 comments

Jul 30, 2018 Joe Bush rated it really liked it  ·  review of another edition
One instance of the rare autobiographical sports fandom narrative, and a good, self-analytical one at that

Jan 07, 2015 Chris rated it really liked it
Short, well-written account of the 2013 FC Dallas season in particular, and the MLS season in general. The author takes an honest outsider's (more or less) look at being an American soccer fan, becoming a fan of American soccer. As a fellow FCD supporter I enjoyed the match stories and team commentary even more than a non-fan of the team or league might. Well worth the few bucks I paid for the Kindle edition. 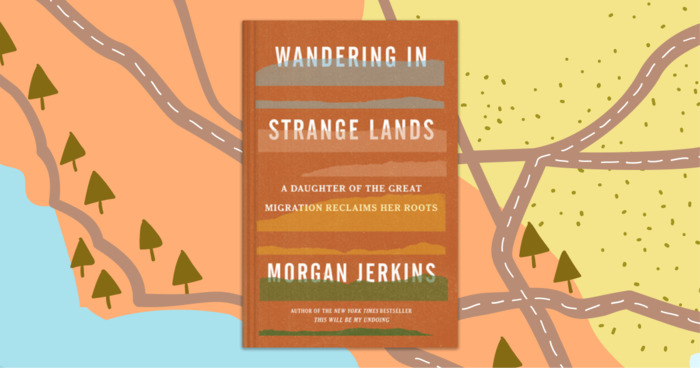 Morgan Jerkins Journeys Across the USA to Retrace Black History
The Great Migration was the movement of six million African Americans out of the South to urban areas in the Northeast, Midwest, and West between 1...
Read more...
30 likes · 3 comments

Trivia About Dallas 'Til I Cry...