Light of the Home: An Intimate View of the Lives of Women in Victorian America

3.86
81 ratings12 reviews
Rate this book
From the greatest collection of American Voctoriana comes a wonderful evocation of the lives of women 100 years ago. Harvey Green culls from letters and diaries, quotes from magazines, and looks at the clothes, samplers, books, appliances, toys, and dolls of the era to provide a rare portrait of daily life in turn-of-the-century America. 125 black & white photos.

johnny dangerously
101 reviews4 followers
August 3, 2015
I'm hesitant to mark this down as 'Victorian', since the title is misleading; it deals exclusively and entirely with the lives of American women in the 1800s. Some people consider that the 'American Victorian Era'. I consider them mad, maaaad I tell you. (I dislike naming any period of American history after a monarch, for my own priggish political reasons.)

That is my major complaint with the book. My minor complaint is how overly detailed it sometimes gets, turning vibrant prose suddenly dry. But beyond that? This book is excellent and highly recommended, even if you're like me and not someone hugely interested in the period it covers.

I like best how well it acknowledges the greater factors pressing on the lives of women. It never turns away from acknowledging the pervasive influence of sexism, racism and classism on the life of Americans past. That is the book's greatest strength, and it cannot be understated.

Amy Rae
912 reviews40 followers
October 16, 2015
Listened to this to and from work with the roommate and had a fine time of it. The book is full of fascinating anecdotes, and I loved the way Green incorporated quotations from women's diaries to support his claims. I especially appreciated, after the painfully conservative Victorian Britain, that Green openly acknowledges the ways societal expectations fenced women in and put sometimes impossible expectations on them.

There were places where the details got so granular that it could be difficult to focus on the text in audio form--but that's certainly not Green's fault. It also sounds like the published edition includes a lot of photographs, so if you do look into reading this one, I'd recommend the actual book over the audiobook. It's definitely a worthwhile read if you're interested in some of the minutiae of white, middle-class American women's lives in the 1800s.

Erika
631 reviews
February 21, 2019
The book was entertainingly written and very informative. I liked all the photos; they really helped visualize the decor, toys, and objects used in the household. Once again, I was struck with how much work women had during Victorian times. This is the first book, however, that talked a lot about leisure activities of middle-class women in the late 1800s. I just can't imagine having to wear a corset and 30 pounds of skirts hanging from my waist. Reading history books always makes me happy to be alive today instead of then. 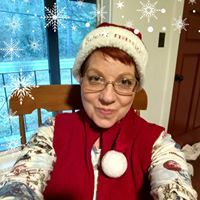 Judy Egnew Ness
137 reviews6 followers
March 29, 2019
Great book about middle class Victorian womanhood, illustrated with period advertisements and vintage items. This was a time period when white, middle class women were assigned the responsibility of promoting and protecting the health, morals, and salvation of their husbands and children--while being denied any access to financial, political, or social power with which to make real changes. And then they were often blamed and criticized if anyone in their families had a problem. Men thought of women as "weak and inferior" but these were amazingly strong! 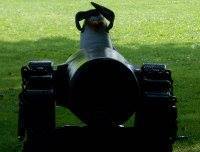 I picked up this book several years ago off of the library Free Shelf with the notion that it would be an interesting off season read for tours at Waynesborough. I try and read one or two books each off season to develop my knowledge and make better tours. Since the structure and rooms at Waynesborough cover a broad time frame (mid-1700’s to early 20th century) the scope of my readings should be equally broad. This book fit right in with our Colonial Revival Parlor. The period covered in this book is about 1870-1910 and is limited to mostly North Eastern middle class white women. These WASP’s (White Anglo-Saxon Protestants) were often idealized and held to be the aspirational goal of the society. The mass advertising of the period and countless magazines and books of the era definitely support this idea. At the core of the era was the fundamental change in gender responsibilities in the home … the art of the display went from man to woman. In the Colonial period and early Republic the home was man’s display area ... a place to show your taste, affluence, image, and status. This changes in the Victorian era with women taking over the domestic role fully … from organizing, selecting, raising children, etc. This was a radical departure, even though it seems too many to be the idealized norm. Besides this shift there was also a fervent fear that gripped this class and by extension the power structure in the USA in this era. They were scared of losing their position in the cultural and social hierarchy to waves of immigration. This begins around 1876, the Centennial with a look backward to cement their current position …to brand themselves as the cultural norm, standard bearers and repository of what it means to be an American. Issues of birth rates, family size, decorum, indoctrination and a proper Americanization come to the fore and are passed into public policy. The explanation of these two changes are enough to warrant wading through this book but there is something else that struck me.


That something else was the changing nature of the family itself. In modern early 21st Century America there is an idealization of the “nuclear family” (Mom, Dad, and kids) …there is a myth that this has always been the norm … Mom and Dad fall in love get married, stay married, and have kids. What is patently obvious when you look at the statistics and diaries of the 19th century is that this was not the case. Child mortality rates were as high as 50% … most kids simply did not live to be adults. Tied to that was the mortality rates of women, especially during child birth. It was not until the early 20th century that the average American woman could expect to live until 50 … death during or after child birth being the most common cause of mortality. So a family with children from multiple women was quite normal. Blended families and remarriage being more common than the idealized concept of today that too often gets projected backwards. A fascinating topic and one that deserves some study in its own right.

Kit Dunsmore
145 reviews2 followers
June 24, 2009
An interesting description of Victorian American middle-class life as lived by women. Illustrated with lots of photos of artifacts that make it all real. The eye-opener for me: there was a lot of literature and equipment for dealing with a variety of "women's problems", especially to deal with reproductive organs, that I would have assumed didn't exist at all, given the fact that the era was a Victorian one. Apparently a lot of the attitude against sex of any kind may have come from the fact that so many women suffered and died in childbirth at time, and that most women saw these consequences of sex in person. The book also gives an indication of just how trapped at home women were, and how society conspired to keep them focused on home, marriage, children, and religion and out of the intellectual and professional realms assigned to men. Reading this made me grateful that I did not live in the late 1800s.

Wealhtheow
2,406 reviews534 followers
June 4, 2010
Very readable, fascinating book about living as a white female in America during the mid to late 1800s. Green uses the advertisements, private diaries, and household goods as sources to flesh out his tale.

A few fave quotes:
"Thus the resistance of workers to the injustices and excesses of the late-nineteenth century economy were not seen as indicators of some weakness in the system, but as the result of some individual or collective failure among the populace."

"The separation of the economic (male) sector from the domestic (female) sector thus placed women in the position of culpability for societal ills, but denied them access to the real means of rectifying them."

"The two great women's political reform movements of the turn of the century--suffrage and prohibition--became law when advocates convinced opponents that maternal influence would halt the precipitous decline of WASP culture."

Grace
246 reviews155 followers
May 23, 2009
An excellent book detailing not only the lives of women in Victorian times, but indeed the entire culture of Victorian times. This book is chock-full of little fascinating tidbits about what it was like to live during the late 1800s, and it explains the mindset behind some of the things that may seem strange to us now.

Lori Holuta
Author 11 books48 followers
November 8, 2013
A very late-breaking review from me. But I must mention this book, which has had a spot on my bookshelf for about two decades now. This is one of my 'go to' reference book, and has been fully read and re-read a dozen times. I feel it's a must-have for those who wander about in this 'enlightened' era.
Amber
19 reviews4 followers
May 26, 2011
I'm doing research on a novel I'm writing set during this time period. It's very interesting to see what was expected of women, from how they should be courted, to how many servants they should have, to how they should decorate their homes. A great reference!
Sarah Vacik
1 review6 followers
April 6, 2015
This was such a fun read. I only needed to look at the section that applied to my thesis, but I ended up reading the entire thing just for personal enjoyment.
Displaying 1 - 12 of 12 reviews