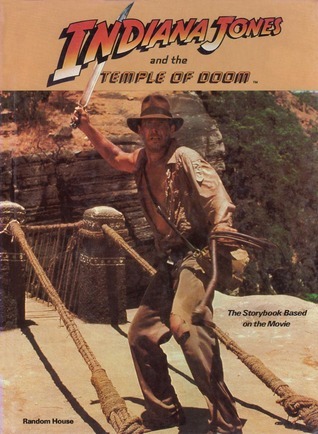 Indiana Jones and the Temple of Doom

3.61
23 ratings4 reviews
Rate this book
The Storybook Based on the Movie

While trying to recover a sacred stone belonging to an Indian village, Indiana Jones and his two companions become prisoners of a ruthless sect dedicated to the worship of the evil goddess Kali.

28 books118 followers
#1 Amazon best selling author Michael French graduated from Stanford University and Northwestern University. He is a businessman and author who divides his time between Santa Barbara, California, and Santa Fe, New Mexico. He is an avid high-altitude mountain trekker, as well as a collector of first editions of twentieth-century fiction.

He has published twenty-four books, including fiction, young adult fiction, biographies, and art criticism. His novel, Abingdon’s, was a bestseller and a Literary Guild Alternate Selection. His young adult novel, Pursuit, was awarded the California Young Reader Medal.

The Reconstruction of Wilson Ryder was published January 2013.

Mountains Beyond Mountains was published April 2013.

Once Upon a Lie was published March 2016.