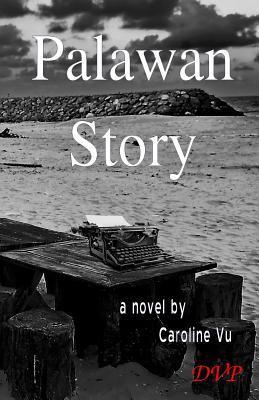 4.38
61 ratings9 reviews
Rate this book
Under the cover of darkness, Kim, a young girl, is put by her mother on a crowded fishing boat to escape Vietnam. The derelict boat drifts for two weeks on the South China Sea before reaching Palawan, a refugee camp in the Philippines. There, an American immigration officer mistakes Kim for a sponsored orphan with the same name and sends her to America. In the US, Kim tells her unsuspecting adoptive family the orphan stories they want to hear. While she succeeds in inventing vivid details for her assumed identity, there is a missing page in her own past. The boat trip out of Vietnam is a total blank, and she fears the worst. Years later Kim returns to Palawan as a volunteer doctor. Still haunted by what may have happened on the boat, she begins to record the stories of the other refugees. Through them, she seeks to unblock her suppressed memories. 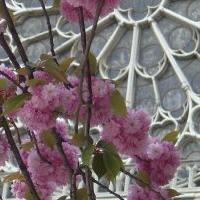 2 books5 followers
The author grew up in Saigon during the height of the Vietnam War. She now lives in Montreal, Canada after extended stays in the US, Latin America and Switzerland. She is the mother of two girls and works as a family physician in a community health clinic. She has published two novels: "Palawan Story" - finalist for the Concordia University First Book Prize and "That Summer in Provincetown". Both novels deal with the psychological effects of war and displacement.

4.38
61 ratings9 reviews
5 stars
30 (49%)
4 stars
24 (39%)
3 stars
7 (11%)
2 stars
0 (0%)
1 star
0 (0%)
Displaying 1 - 9 of 9 reviews
Geza Tatrallyay
Author 15 books281 followers
November 21, 2018
This is an excellent book, a quintessential immigrant story. As an immigrant myself, it resonated with me: Ms. Vu describes the dangers people often go through to get to a country where they hope for a better life and the often spotty reception they receive in the new land. The book is well-written, characters well-created and the intrigue built and maintained throughout.
A book I highly recommend. 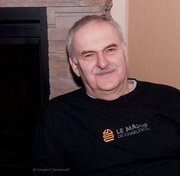 Alex Binkley
Author 5 books6 followers
June 23, 2014
A tangled web
There now are more refugees and displaced persons around the world than at any time since the end of the Second World War. Images of cars and boats of desperate people fleeing religious or territorial conflicts are regular occurrences in newscasts.
The danger and fear these people face until they reach safety and a chance for a new life is the underlying current of Palawan Story, a novel by Montreal writer Caroline Vu, who left Vietnam as a child. Palawan was a refugee camp in the Philippines for thousands of Vietnamese who fled the Communist takeover of the southern part of the country in the 1970s.
The fortunate ones like Kim Nyugen were able to create a new life elsewhere. In a case of mistaken identity, Kim is adopted by an American family and becomes a medical student in Montreal. But Kim is haunted by memories of her past and unable to find out what has happened to her parents and sister, Kim visits Vietnamese communities in California and returns to Palawan and eventually Vietnam to look for them and to understand what actually happened in her past. While there is much disappointment, she can finally separate fact and fiction and get on with her life with a loving and supportive boyfriend and her adoptive family.
Palawan Story is a personal, at times raw, account of life. It works on both the intensely personal level as Kim struggles and obsesses with her fears and her memories. She painfully works her way through them. The writer clearly describes the power of memory, in the absence of facts, to shape or distort our lives. In the process, she also delivers the reader a powerful message about the hell people go through trying to escape war zones in the Middle East, the Ukraine or Asia. Or the boatloads of refuges who drown when the rickety vessels they have paid to take them to safety sink.
Palawan Story is published by Deux Voiliers Press.

Alexis Allinson
Author 7 books53 followers
September 18, 2014
A more resent travel into the history of the events surrounding Palawan. It is told from the eyes of a young refugee girl as she is transported from her newly communist home to a camp in Palawan. It shows the difficulty she has in being a new age orphan in a world that is ever changing. After meeting a doctor at her camp, she finds a new life once coming to the western world. This book puts a face to all the general stories of those who lived through this tumultuous time.

It did take a couple of chapters for me to really being to get into the story, but once I was to chapter 3 I no longer struggled with the dryness of the read as it took a turn and began to fill out with the character.

The book is done in 1st person P.O.V.
Peter
1 review
February 17, 2015
As the child of refugees, albeit from Soviet and not Viet Namese communism, this story resonates with me through the parallels I can imagine with the experiences of my parents and their friends. The sudden transition from a calm life to a reign of terror, the forced abandonment of home, family, friends and property, the desperate means needed to escape and survive; the author manages to make a visceral impact without resorting to melodrama or to saccharin nostalgia. The prose rings true throughout.
Sosena Tilahun
13 reviews
May 8, 2015
A moving and insightful novel about a young girls life. This book explores various themes including politics, immigration, etc. It is set Communist Vietnam and in North America. The novel is easy to read and is very enjoyable. One can even feel the emotions and the thoughts of the main character throughout the story and relate to her journey. Overall, this was a great read and I would recommend it to anyone looking for a good book to enjoy over the summer.
Alex Eng
1 review
December 28, 2014
This was a very interesting read and was very authentic. The parts set in Asia were very vivid and interesting, but the parts in Montreal definitely could have been longer. Thoroughly enjoyed this book, although I feel it ended too abruptly; it could have been longer. Overall, it was a great, fast read but there could have been more details happening with the plotline.
Alexander Fuks
2 reviews
January 12, 2015
A fascinating fictional story of a young Vietnamese refugee girl facing seemingly insurmountable odds on her way to success in North America following the Communist takeover of her country in the 1970's. As with Dr. Vu's previous writing, this book is written in a colorful and easy-to-read style.
Sophie
268 reviews70 followers
September 18, 2017
I read the French version of Palawan.