Goodreads helps you keep track of books you want to read.
Start by marking “The Phone Goes Dead (Horowitz Horror Shorts)” as Want to Read: 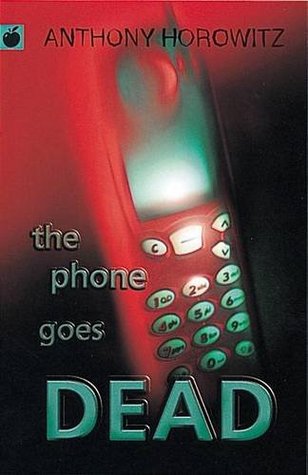 We’d love your help. Let us know what’s wrong with this preview of The Phone Goes Dead by Anthony Horowitz.

by
Anthony Horowitz (Goodreads Author)
3.66  ·  Rating details ·  192 ratings  ·  17 reviews
David finally gets the phone he's been nagging his dad for, but it's not quite what he expected. He starts getting calls from people he doesn't know and soon they're haunting his every thought, every moment, every nightmare.

Dec 23, 2017 Bookish Indulgenges with b00k r3vi3ws rated it really liked it
Short & Freaky!
It gave me more of a freaky feeling rather than horror. But being a really short read, it doesn't really get a chance to set up the mood for the horror. Also, not a very unique concept, but has been treated and delivered perfectly. The book kept me engaged throughout.

Nov 08, 2012 Corey Walsh added it
I think the book is one of the best i have read and i thin antony horowitz the phone goes dead and bathe night are my favorite i would buy all of his books and pay whatever price they are i read them at school with my teacher

Jul 31, 2017 Nicole rated it really liked it
Shelves: graphic-novels
Such a quick short read, but such a cool creepy story this would have been perfect in October!

May 09, 2017 Ushna rated it it was amazing
The ending I didn't really understand but the book it self is really freaky 👻
View 1 comment

The main character is David Adams and he/she is kind and also scared.
Because the dead people phone him and he becomes scared but he does the things the dead ask him to do.
Another character is Mark Adams and he/she is Busy and works a lot.
Because Name Irvine Date 02/09/2014
The Phone Goes Dead: By Anthony Horowitz Book Review
Title: The Phone Goes Dead
Author: Anthony Horowitz
Story Elements
This book takes place on the Isle of Wight. Day time and night time. He lives in a hill close to the beach.

The main character is David Adams and he/she is kind and also scared.
Because the dead people phone him and he becomes scared but he does the things the dead ask him to do.
Another character is Mark Adams and he/she is Busy and works a lot.
Because first of he works as a teacher and also manages a hotel.
Another character is Jane Adams and he/she is busy working a lot.
Because she is a teacher and also works at the hotel and manages the payment.
David Adams got a phone from a person who died and now he has a connection to the dead and is asked to do things to help out a family and when he gets more and more calls he becomes scared. In the end the parents get a phone call from him from the exact same phone to contact the dead.
Events which happens in the story
1. He gets a new phone
2. He gets a phone call from a stranger and then when he is done helping realizes he was already dead
3. He discovers that it can contact the dead
4. He is not doing well in school because he gets scared
5. He starts ignoring the phone calls
6. Mother and father get news that a bus has been crashed and right after the news they get a phone call from the dead phone which is David.
The ending was when the parents were in the hotel and saw the news and saw that there was a bus crash where there kid was and that’s when David’s phone starts ringing and find out that it was… find out who it was read the book.

There wasn't a lesson in the book but I think the author was trying to get across to the readers that you should help people if they can’t do it themselves but it should be a good thing.

Recommendation:
I would recommend this book to children because I really enjoyed this book and if others like horror or short books which are interesting the whole time. A rating for this book would be 8/10 because it left me on a cliff hanger and I don’t like that because I’m going to keep on wondering for the rest of my life or as long as I can remember the book what happens next but people are different I don’t like cliffhangers others do.
I liked the author’s style how he doesn't have it as three narrators such as when in one book there are 3 characters and you read separate things about them and what they are doing.
For example, in the garbage king which is another book. They did that and when I read it I had to read boring things of people I did not like I only liked the things of one person.
Overall I really like this book and enjoy it. It has a nice front cover picture that’s what I like about books so that’s why I read it. The book isn't really scary not for me but it had some good parts such as terrifying everlasting parts such as when this girls is going to destroy well you’re going to have to read on to know what she destroys and what happens and that’s not all this book also include two terrifying stories short and interesting read it to find out how both characters end up either dead or alive find out!
...more

Nov 07, 2016 Airi Mizoguchi added it
The book "Phone Goes Dead", was really interesting, in my opinion. It showed the connection between the underworld and the living world. 16 year old David Adams was gifted a second hand phone, whose previous owner was murdered. The phone starts to reach different unknown calls from people that he never knew before, and learns that they were all dead. The strangers from the unknown asks David to pass the messages to the living.

May 28, 2014 Matthew rated it really liked it  ·  review of another edition
It's such a cliff hanger

Apr 11, 2011 Molly rated it really liked it
It was a good book read again if you have some spare time

Mar 15, 2014 Theodore Murphy rated it it was amazing  ·  review of another edition
This was the first really scary book I ever read. It gave me nightmares. Do not let the fact that it is short make you think it has no impact. Sweet dreams! Ha, Ha! Ha!

Sep 03, 2017 Lucas rated it liked it
Good book. Good to read if your into horror

Aug 26, 2012 Owen Law rated it it was ok
The horror didnt really impact that much. However, the word choice was good, making the book overall pretty average.

Oct 29, 2016 Aileen rated it it was ok
Shelves: library
Read in about an hour, and I hadn't realised it was a book for teens. Two 'horror' stories that were an ok read.

On 19 January 2011, the estate of Arthur Conan Doyle announced that Horowitz was to be the writer of a new Sherlock Holmes novel, the first such effort to receive an official endorsement from them and to be entitled the House of Silk. 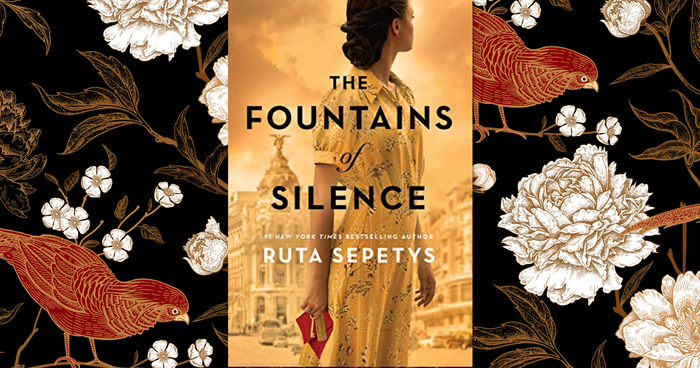 Ruta Sepetys Explores the Spanish Civil War in New YA Novel
The author of 'Salt to the Sea' discusses the historical events that inspired her new YA novel.
Read more...
15 likes · 4 comments

Trivia About The Phone Goes Dead