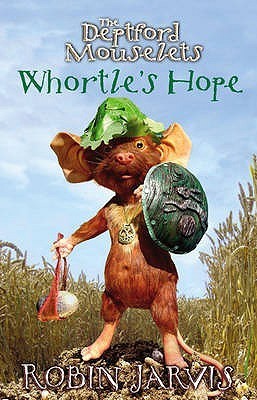 3.89
19 ratings2 reviews
Rate this book
Young Whortle the fieldmouse seeks out special magic to help him win the Fennywolde Games. With the help of his friends and the mysterious voles, it might just be possible - but is winning worth the price? This is the second title in 'The Deptford Mouselets' series.

3.89
19 ratings2 reviews
5 stars
6 (31%)
4 stars
7 (36%)
3 stars
5 (26%)
2 stars
0 (0%)
1 star
1 (5%)
Displaying 1 - 2 of 2 reviews
Edward Davies
Author 3 books35 followers
June 14, 2019
This book was great fun, and not as dark as Jarvis's usual fair.
Matthew Hodge
593 reviews21 followers
Read
June 8, 2018
I enjoyed the return to the rural setting of Fennywolde (last visited during Jarvis' The Crystal Prison) and this book actually succeeded in having likeable characters that you were interested in. The main problem is that it just doesn't have an antagonist. Obviously Jarvis was holding off until the introduction of Jupiter in the original Deptford Mice Trilogy, but it leaves you with an "Is that all?" feeling at the end.

I can kind of understand why the Deptford Mouselets series went out of print, but for Jarvis fans, you should track this one down.