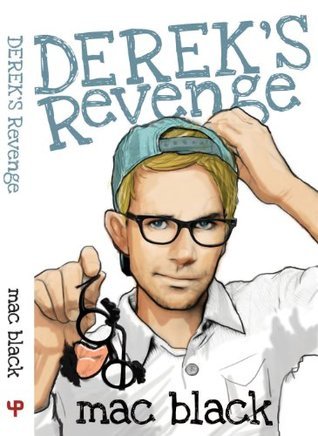 4.80
5 ratings3 reviews
Rate this book
Derek is struggling on his first great novel. So far his research has nearly cost him his marriage and ruined several pairs of his wife’s tights. He needs a better topic, maybe he should write non-fiction, he is a journalist, after all. As is normal, things go pretty rapidly and hilariously downhill from there! Light-hearted, quirky and funny!

Mac Black - Current occupation: a writer of humorous fiction. Previous working background: shipbuilding on the River Clyde, tyre manufacturing in Dundee and working in the food industry in Fife (in jobs that didn’t make his hands too dirty).

He was born in Glasgow and lived there for about half a life before moving to Carnoustie and then to Cupar, his present home.
He has been married for a long time. 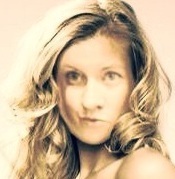 Ionia
1,430 reviews63 followers
September 28, 2013
I have really enjoyed all the books in this series, but this one is now my favourite.

When you get to know a character over a series of books, there comes a point when you feel like they have become your friend and they are more than just a two-dimensional being in a book. This happened to me with the previous book in this series "Derek's in Trouble." Therefore, getting the opportunity to expand on his life and learn more about him in Derek's Revenge excited me.

Whilst this book is still filled with humour and plenty of moments that make you laugh out loud, I also felt this novel was a bit more personal than the others. The past of the main character is brought to light (explains some of his quirks) and his quest for answers became my own. He is trying to take control of his life, although he is a rather unlucky sort most of the time. His adventures are so much fun, so you partially hope he gets it together and partially hope that he doesn't.

I am ever amazed by Mac Black's ability to weave together a story that not only makes sense and keeps the reader entertained, but also takes you away from your own life and lets you see through the eyes of the characters before you. His characters have nicknames, previous histories and come to the reader with a story of their own.

This series will remain close to my heart. I am once more, looking forward to the next book. Until then, I will keep my fingers crossed that Derek won't get in too much trouble and if he does...the author writes about it.

If you have not checked out this series yet, please do so. You won't be sorry you did.

Cheryl M-M
1,797 reviews45 followers
November 10, 2014
This is book 3 in the Derek series by Mac Black. I think to understand the process of 'becoming Derek' it may be better for readers to read Please... Call Me Derek and Derek's in Trouble first. Not that the books in the series can't be read as stand-alone novels, it does give a wee bit more insight into character oddities and exploits from previous books.

In this book Derek has hit his thirties and the tone of the book takes a more personal turn. He starts to look for his roots and answers to questions about the past.

In a way that is exactly how he finally stumbles on the idea for his book. His own past is connected to a local band that enjoyed fame and popularity quite a few decades ago.

The relationship between Derek and Sally appears to be going through a few bumps. Sally seems a little fed up with Derek's constant searching to find answers. Towards the end of the book the penny drops and Sally understands that Derek has to come full circle, get closure and answers, to be able to rest easily again.

Black hits upon an interesting topic in this book, and I know it is one that tends to divide opinions. Far from being the unhappy abandoned child, Derek has had a good childhood and has been brought up in a loving secure family environment.

So why the need to search for the mother who left him right after his birth? I don't think people who know who they are and who they stem from can understand what it is like to have zero knowledge about those important facts. Adopted and abandoned children have a huge need to get closure, to get answers and to understand the past in a way that explains the choices that were made in relation to them.

Your parents are the people who raised you, regardless of blood relation. Knowing who your birth parents are just helps to fill in the empty blanks of those children/adults who need to know where they get their height, hair colour and to understand why they were given up in the first place.

I don't think Derek receives all of those answers, but he does seem at peace with the discoveries he makes. I wonder what discoveries he will make in Derek's Good Relations.
I received a copy of this book courtesy of the author. 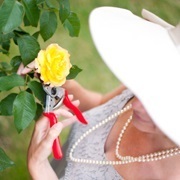 Rosie Amber
Author 0 books113 followers
March 23, 2014
Derek Toozlethwaite is a journalist in Newingsworth who is trying to write a book. So far he has failed to find a suitable subject for his book, instead his research has got him into trouble. He's also been thinking about his past, he's never known his Mum, Granny and Grandad Smith raised him and there has never been any talk about his Mum.

Fans of Derek know that his life if full of crazy adventures and comical characters and to this end we find Derek quickly in trouble stuck sideways inside a caravan in a ditch with Hammy. With the help of the local fire brigade the rusty relic finally finds its way into Derek's garden.

Café owner Anton, provides Derek with an idea for his book when he reminisces about a local rock band, who once used the café as their meeting place. They later found fame in America calling themselves Rabid Revenge. Derek decides he'll write up the story behind the band and sets out to hunt down the band members.

There's a surprising romance for Hammy, another falling out between Derek and wife Sally and Grandad is accused of stalking a lovely young American lady in Bisko's supermarket. Will Derek get the story he needs? And finally write his book Rabid Revenge Revisited?

Another greatly entertaining book in the Derek series written by Scottish author Mac Black, with his distinctive style of comedy.
Displaying 1 - 3 of 3 reviews