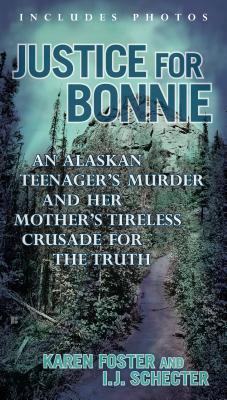 Justice for Bonnie: An Alaskan Teenager's Murder and Her Mother's Tireless Crusade for the Truth

3.95
194 ratings25 reviews
Rate this book
When Karen Foster was told that something had happened to her eighteen-year-old daughter, Bonnie Craig, she knew what it meant. The Alaska State Troopers investigating the scene ruled it a hiking accident, but for Karen, the pieces didn’t add up. Bonnie would never have ditched class to go hiking. And she didn’t drive—so how would she have reached McHugh Creek, miles out of town, in the first place? Armed with little more than her own conviction, Karen set out to find the truth behind her daughter’s death.

After a long series of false leads and dead ends, it seemed the case would forever go unsolved. Then, after twelve years of public campaigning, private despair, and increasingly tense dealings with the detectives working the case, Karen received an e-mail that would change everything; the system, at long last, had produced a match for the unknown DNA in the case—from a man in a jail all the way across the country.

Here is the chilling tale of a mother’s unflagging fight to track down the monster who stole her daughter’s life—and the battle to ensure that he, and others like him, would no longer be able to evade justice.

Also, Alaska changed their DNA Laws to "Collection of DNA on All Felony Arrests" in 2007 in honor of Bonnie (Bonnie Craig Amendments). 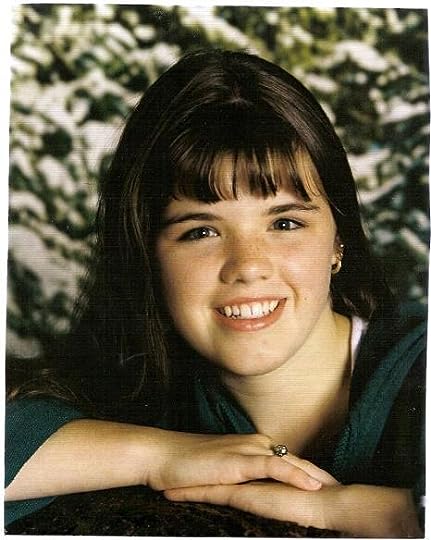 Karen Foster
2 reviews3 followers
August 29, 2014
It's my story and IJ Schecter did an incredible job at weaving it into an amazing book that chronicles the 17 years of hell I went through after my 18 year old daughter was abducted, raped and murdered. I cried reading it, even the 5th time! And I knew it like the back of my hand. Thanks to IJ this is an incredible read.
SouthWestZippy
1,890 reviews8 followers
December 21, 2018
Karen Foster walks you through the nightmare of getting a phone call telling her that her Daughter Bonnie has been found dead. Karen suspects right away that she was Murdered and did not die in an accident. What a nightmare for the whole family. I found myself skimming here and there. I found Karen to be a bit self adsorbed and so driven she overlooks others around her. She uses I a lot, when in fact she has a husband and other kids that are going through the nightmare too. Ok book, interesting True Crime story.

Amy
25 reviews
April 13, 2015
Interesting read but the Mother was so self absorbed it grew tiring at times. Sad story of a nice teenaged girl gone too soon.
Martin
4 reviews
September 24, 2014
I don't write a lot of reviews and yet am compelled to this time around. Justice for Bonnie is an emotional and important read.

It's emotional because the reader is taken on a 17 year journey through the ups-and-downs Karen experiences. It's written in the first person and relays Karen's inner-most thoughts and experiences and the experiences of her family. I'm a father of two young kids and I really wasn't sure I would get past the second chapter. Suddenly what Karen's family has gone through is so real. You *feel* the loss, the hurt, and the uncertainty of whether justice will ever be done.

This book is also important. Most of us experience stories like this as a news story. We 'tsk tsk' after the 25-second radio report at how truly awful a situation is....I can't do that any longer. No. Now I feel so very connected to what a family who experiences this kind of trauma and loss may be going through. It's heart breaking. This book is important not just because it connects us to the very very compelling arguments that Karen makes for DNA testing on felony arrest. The book is equally important because it forces the reader to walk slowly through the agony of loss, the grind of our judicial system, and the importance of justice.

For as difficult as the subject matter is, Justice for Bonnie is so deftly written that you really can't put it down. It is, in short, a remarkable book and I thank the authors for having the strength to share the story.


Debbie Cutler
2 reviews1 follower
September 6, 2014
Karen’s book is a great read, a fast read. Started and finished it in one day. I was Bonnie’s English teacher at the university, and it brought back a flood of memories—good and bad: Bonnie's can-do attitude, her fierce love of life, her determination. And then all that other stuff. I'm amazed at Karen’s resilience and fight. I don't know how she lives this every day of her life, but she manages to take the horror of life and turn it into something beautiful and meaningful to help others.
Jennifer
258 reviews7 followers
September 30, 2014
As a schoolmate of Bonnie's, I remember very well the terrible announcement during class, the memorial services, her face on billboards and posters, and the nagging pressure that this was not coming to a close. I went to college, and my family moved away (from the same neighborhood as hers) but I kept checking the Anchorage paper online for any news. It was a shock to see the article about the DNA match, and so frustrating from afar to see the delay and delay and delay in the trial.

What i saw and felt was nothing compared to what her mother went through and this book reflects the hurt and loss so well, but not overdramatically.It was well written and edited and read very easily

The cause that Karen now fights for is to have every state and every Canadian province collect DNA on felony arrest. This has ben legalized in many states, but not all of them, whether because of politics or economics. Collecting DNA on arrest would lead to so many more connections to cold cases, rapes, kidnappings, and murders that remain unsolved. This closure for the families would be just as important as convicting the criminals that deserve to be behind bars.

Cara Lee
Author 7 books80 followers
Read
January 4, 2021
This was an emotionally tough read because I know the people involved, but it's a compelling true-crime drama that offers moving insights into the way one act of violence can ripple through an entire family and community, changing lives and world-views forever. Reading that the mother became an advocate for victims and that the family remained strong and close-knit helps to offer an uplifting angle to a sometimes heart-wrenching dramatic arc.
Amy
154 reviews
April 28, 2015
This book is very close to my heart.

I went to UAA when Bonnie went missing, and remember well the news, stories, and speculation surrounding her disappearance.

My Mother, Sandy Cassidy, is mentioned in the book, and was instrumental in keeping Bonnie's story in the headlines.

Like all true crime (not my favorite genera), this book goes through the evidence, and tries to keep to a linear timeline.

I thought the book was well written, covered the facts, and had good closure.
Brenda Tennant
1 review
October 26, 2014
This book was an emotional story. Very well written and easy to read. Once you start it's hard to put down. You really get a good sense of the journey Karen endured for all those years. What an inspiration she is!!

Just wanted to add that I had trouble putting this book down, it was such a compelling read!

Rita Wilson
56 reviews3 followers
July 29, 2015
This is a gripping and well written book about Bonnie Craig.

Lauren Carter
171 reviews3 followers
December 20, 2022
I feel like the description is inaccurate. "Karen set out to find the truth behind her daughter's death." While she may have advised the SP that she thought it was murder, she didn't do the investigating to figure it out or change the technology to make it possible. The SP did along with the changes in DNA testing. I thought this book would focus more on the victim and the technology that made the changes instead of the mother's many marriages and issues within the family. Very little was mentioned about the actual crime lab details and they were very glossed over. There is so much potential to make this a much better book.
Richard Stange
60 reviews1 follower
September 6, 2020
This was a difficult book for me to get through. Some parts of it caused tears to begin to well up. This is not an easy read, but I think it is a necessary one. This book advocates for victims of terrible crimes. It offers readers a glimpse into the heart and soul of an innocent family sentenced to a life without one whom they love.

I recommend this book, but this is not a fiction novel. This is a true account. The people in this narrative are real people who are still living with the pains to this very day.

Bonnie Levine
16 reviews
January 26, 2021
This is a tragic story and real. The author made me feel every bit of the pain of a mother losing her child. Her life became a battle for justice. It's a topic that should be looked at closely by everyone who wants to see the right people hired in agencies that are supposed to protect us and in the system as a whole. I couldn't put the book down. This story will stay with me for a long time.
Shannon
37 reviews
February 17, 2017
A well written book and an easy read. Very interesting to read about the whole process, start to finish, of every parent's nightmare. How agonizing it would have been for the wheels to turn so slowly.
Rachel
297 reviews2 followers
March 30, 2021
This book is both a true crime novel and memoir. It makes for an interesting story and I think you learn more about what a victim's surviving family goes through when the police are (or aren't) working behind the scenes.
JoAnn Ainsworth
Author 9 books58 followers
June 29, 2018
Telling, not showing, but I read it all the way through.
Diane Boudrias
44 reviews
May 8, 2021
The girl who got murdered was my niece Bonnie. Very sad! :(
Amber
1 review
August 2, 2022
Being from Alaska, this really hit different. LOVED how raw it was and real despite such a tragedy.
A
144 reviews2 followers
March 22, 2020
The little that I was able to learn about Bonnie made me realize she was a wonderful person with a very bright future ahead of her. She was taken from the world much too soon and in a cruel manner. I enjoyed reading about the investigative work and the trial but I was a little disconcerted by how much the mother spoke about herself. I would have liked to know more about Bonnie.
fauna
4 reviews
July 25, 2022
i liked the book and im glad i read it, the writing is very to the point
Alanna Carland
1 review
March 7, 2016
I loved everything about this book, I loved how honest Karen was. I literally felt what she was saying she made it so easy to understand her and really connect you with what she saying. incredibly emotional story.
Bernice Rizor
139 reviews
November 6, 2015
I found it really interesting and I found how strong mother was on the fact she knew her daughter was murder but it took long time but justice avail
Mellanie C
3,008 reviews3 followers
Want to read
March 5, 2017
I registered a book at BookCrossing.com!
http://www.BookCrossing.com/journal/13118679
Displaying 1 - 25 of 25 reviews