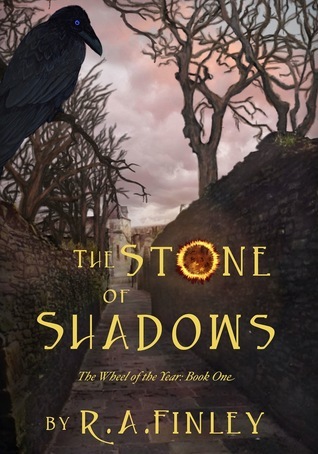 The Wheel of the Year #1

The Stone of Shadows

When Thia McDaniel's great aunt Lettie sends her a polished crystal sphere and tells her to protect it at all costs, naturally she has some concerns...about the elderly woman's sanity. What else is she to think? Lettie is convinced the innocuous stone holds an otherworldly power which dangerous people will stop at nothing to get.

Unfortunately, Lettie is perfectly sane, and Thia finds herself caught up in a world beyond her imagining. A world of myth and magic, where a secret society seems to hold all the answers, an ancient sorcerer wants her dead, and an enigmatic charmer is either the last man she should trust—or the only one she can.

3 books14 followers
R. A. FINLEY is a graduate of Southern Oregon University, the London Film School, and Gnomon School of Visual Effects. A self-described middling adventurer, terminal eccentric, and latte enthusiast, she may be found in coffee shops, parks, and here on Goodreads (among others).

I absolutely loved this book! Great characters, mostly unexpected plot twists, and writing that totally sucks you in make this book one of the BEST books I have read so far this year. I am already planning on reading the next book in the series.

The only reason it took me a week to finish reading this book was because we had a power outage due to a storm that took the electric company the better part of the week to repair. It was too hot to be out of the pool during the day (since we did not have working fans or AC). In the evening when it finally cooled down enough to just relax and read a good book, it was too dark to read. I would NOT recommend reading by candlelight.

Leandra Martin
Author 10 books14 followers
November 11, 2014
The Stone of Shadows is a good fantasy with supernatural elements and even a bit of wizardry. The main character is strong and sassy, and she struggles with being brave and being logical. The bad guy, who in the beginning seems to be ruthless, becomes softer when confronting Thia and the kind of woman she is. He is confused about certain feelings he has, wondering at some point if she knows more about spells than she insists she does. The story keeps a great pace and the characters are believable and fun. There is a bit of a twist toward the end that I didn't see coming, and I think you'll find it surprises you, too. Overall, I think you will like Stone of Shadows and read more as they are released.
Madeline
66 reviews1 follower
July 22, 2019
I completely applaud anyone who takes the time to sit down and write a book. I have a friend who is undergoing the task and I am seeing almost first-hand how difficult it is. The amount of dedication to time, research, character building, connectivity to throughout the story line. It is amazing to see this unfold, and I want to take the time to recognize new authors; to congratulate them on what they have accomplished - as well as being published! So good job to all authors.

However, (though I am impressed with the ability to write a book) for the sake of honesty I must be truthful in my review.

This book was incredibly difficult for me to get through. It was almost painfully bad at times. The countless grammar and spelling mistakes had my skin on edge. There were several inconsistencies - at one point two people had grabbed the main character's left arm, were both holding her left arm, and then walked three abreast... how does this happen with two people clumped up trying to hold the same arm? The book was filled with partial descriptive attempts. There were some instances of over or insufficient explanation - going in depth with fairies, but then what the heck are some things like a "fyr" ball or this emotional imprinting of sorts? I could not understand the protagonists almost deadly attraction to the antagonist? The main character seemed to be unbearably naïve. If you are attacked outside of your home one night by a strange man... why are you then making out with another strange man on an airplane the next night... there should be strong feeling of needing to protect yourself. Lastly, it all felt too rushed. The author could have developed more insight into thoughts and relationships. The ending scene - which is a so vital in a book to leave the reader with something profound and connecting - felt like it was just the author trying to quickly wrap it up, like this was a throw away scene.

Now, I am not usually one to read fantasy like this. Don't get me wrong I love Harry Potter, but a lot of the books in this genre are not something I enjoy. So, maybe I am missing something here. There are a lot of rave reviews. I just could not enjoy this book at all for the reasons above. I do really appreciate the efforts and the connections that were made to Ashland (Granite Springs); it was so incredibly fun. But I do not think I can finish this series out, there was just too much wanting.
This entire review has been hidden because of spoilers. 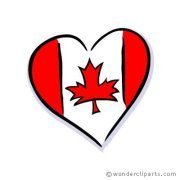 Valerie
22 reviews
January 18, 2015
A fun read - I was surprised to see that this was a new author. It is well written, not a stay-up-all night page turner, but it kept me interested enough that I intend to download the next one.