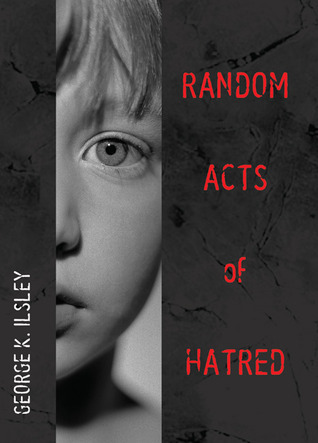 4.04
23 ratings6 reviews
Rate this book
In these raw, uncompromising stories, author George K. Ilsley explores the thin line between love and hate, and the outer parameters of desire that can both heal and destroy. Random Acts of Hatred infiltrates the dark confines of decidedly queer sensibilities, in which young men are undone by self-loathing and the powers-that-be, begging the question: What happens when people know they are hated?

And yet in between the primal fantasies and bitter ironies are images of humor and light: the wayward families, the unspoken gestures and the faces in the -mirror—of posers and dreamers, saints and demons. Both gay and straight, they suggest a new definition of masculine power as a field with two poles, dissonant and equal at the same time.

Evocative of Dennis Cooper and David Wojnarowicz, Random Acts of Hatred collects the fragments of a disintegrated generation, numbed yet empowered by their varied, inexplicable desires.

Praise for Random Acts of Hatred:

“In twelve sharp stories, George K. Ilsley grabs you by the heart and drags you around, saying, “Look at this mess.” He shames us with detail, and embarasses us with a dark honesty. Ilsley makes you bear witness to these Random Acts of Hatred then dares you to forget them.”—Michael V. Smith, author of Cumberland

“There are echoes throughout of Dennis Cooper’s poetic depravity, of A.M. Homes’ ironic eroticism, and even of Bernard Cooper’s memorish emotionalism—but Ilsley’s lucid prose is infused with invigorating originality . . . quite a range, evident in every one of these accomplished pieces.”—Richard Labonte

George K. Ilsley’s stories have been published in many anthologies and magazines. He has biked around the Adriatic, hitchhiked to Mexico, ambled through the Himalayas, and taught English in Tokyo. He now lives in Vancouver.

"The Home Stretch: A Father, a Son, and All The Things They Never Talk About," a book about my relationship with my father when he was in his 90s, is available everywhere (Arsenal Pulp Press). This book includes "Bingo and Black Ice" which was the winner of a creative non-fiction contest.

(Somehow, I won the same contest the next year for fiction.)

Previous books are the novel ManBug, and the short fiction collection, Random Acts of Hatred.

Was a writer in residence, in the Yukon, in winter. And loved it.

4.04
23 ratings6 reviews
5 stars
11 (47%)
4 stars
4 (17%)
3 stars
6 (26%)
2 stars
2 (8%)
1 star
0 (0%)
Displaying 1 - 6 of 6 reviews
George Ilsley
Author 13 books209 followers
July 28, 2010
Many of these short stories are told in a faux-fairy tale format, where the protagonist is described not by name, but by a label, such as "The Boy Who Stopped" or "The Boy Who Sang When Wet." Fairy tales can be a slightly ironic format for stories about gay men, and their childhoods, but being defined by behavior is of course another way of illustrating themes of identity. Many people have said very kind things about this collection. 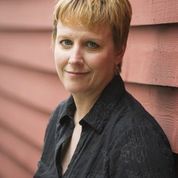 Debra Komar
Author 6 books77 followers
October 6, 2016
There is a lot of anger here, although given the title, that should not be surprising. This is definitely part of the writing-as-therapy movement, which can be vital to the author but not always good for the audience. Reading this is like watching someone throw a very public temper tantrum and hoping the raging person doesn't pick you to vent on. A lack of empathy on my part or the inability of the writer to connect with the audience? Either way, I felt his rage but did not share it.

There is some good wordplay here and I would be interested in reading more by this author, once his primal scream ends.
Brett Waytuck
37 reviews
April 23, 2015
A gritty, searing, engaging look at gay and bisexual youth. Through a series of short stories, George Ilsley masterfully explores what it means to be marginalized in a complex world.
Barbara Westman
29 reviews
January 16, 2018
These stories alternate between sexy and disturbing. Occasionally both at the same time. I'm looking at you vacation story. You know what you've done.

Liam Ostermann
1,364 reviews17 followers
December 8, 2021
Having read many of the reviews here I am at a loss to understand, are we reading the same book? I read this first some time back in 2005 or 6 and subsequently reread it - maybe twice - aside from leading me on to Ilsley's as good 'Man Bug' - it was and is one of the finest collections of stories - and very, very funny, even when dealing with dark and disturbing things - like anorexia in the 'Boy Who Stopped' also known as the 'Boy Who Sang When Wet' - even that story and particularly the truth behind the boy who sang when wet is funny, also painful and heart breaking. I have just reread these stories and although I had forgotten them I realised that, without knowing it they were buried deep in my psyche - phrase like 'camping with tents' had brought me pleasure long after I had forgotten were it came from. As had the memory of the stories like 'The Brochure' or 'The compassion Club'. Also Talisman is by far one of the sexist stories I have read a total furn turn on - but not in anyway a wank story - though you could - I just me not in the predictable ways of most such stories.

I can not say enough about this book - get it and read it and give yourself a treat.

Joseph
93 reviews9 followers
May 30, 2011
there were a few good stories in this book. but overall my general impression was that of boredom. at times it seemed that the author was trying to be too artsyfartsy. other times the author wrote in a more narrative style. a good read. but not entirely memorable.
Displaying 1 - 6 of 6 reviews