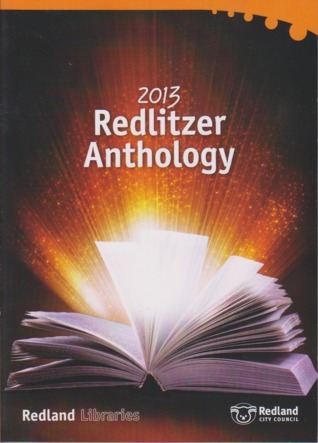 5.00
3 ratings2 reviews
Rate this book
A collection of the shortlisted stories from the 2013 Redlitzer Writing Competition.

161 books523 followers
Angela Slatter is the author of the urban fantasy novels Vigil (2016) and Corpselight (2017), as well as eight short story collections, including The Girl with No Hands and Other Tales, Sourdough and Other Stories, The Bitterwood Bible and Other Recountings, and A Feast of Sorrows: Stories. She has won a World Fantasy Award, a British Fantasy Award, a Ditmar, and six Aurealis Awards.

She has an MA and a PhD in Creative Writing, is a graduate of Clarion South 2009 and the Tin House Summer Writers Workshop 2006, and in 2013 she was awarded one of the inaugural Queensland Writers Fellowships. In 2016 Angela was the Established Writer-in-Residence at the Katharine Susannah Prichard Writers Centre in Perth.

Her novellas, Of Sorrow and Such (from Tor.com), and Ripper (in the Stephen Jones anthology Horrorology, from Jo Fletcher Books) were released in October 2015.

The third novel in the Verity Fassbinder series, Restoration, will be released in 2018 by Jo Fletcher Books (Hachette International). She is represented by Ian Drury of the literary agency Sheil Land for her long fiction, by Lucy Fawcett of Sheil Land for film rights, and by Alex Adsett of Alex Adsett Publishing Services for illustrated storybooks.

I went into reading the anthology knowing there would be a broad range of genres and styles since the only thing binding the anthology together (apart from glue) was the fact all the authors are from the same geographical area. Despite the fact I knew there would be genres that aren't my usual cup of tea there wasn't a single story in the volume which was disappointing.

And I mean it. I'm not saying this because I'm published in there, I genuinely found every story interesting and well written. I honestly expected there to be at least one story that fell short (in my opinion, not overall), but no, I really did like every single story.

The stories range from tales of love (and lust in the case of 'Mates' by Linda Stevenson), memoir pieces (like Hazel Barker's 'Hunger'), action and adventure (and robbing the local pub in 'Go On Three' by Robbie Milton) and of course my favourite genre of speculative fiction has a pretty decent showing.

The stories by the teenagers rarely read as such, these guys (and gals of course) have some serious talent.

The editors choice stories 'Terminus' by Margaret Dakin and 'The Light In The Darkness' by Ebony Jolley, are obviously not to be missed but I also quite enjoyed 'My Dad Came Home' by Narelle Fuller and 'Afghanistan's Daughter' by Lauren Johnson. 'Relentless' by Michelle Upton utterly broke my heart. Also, I wouldn't blame you if you flicked straight to page 99 to read 'Stolen Hearts' by Kirstie Olley ;p

On the whole it is a great collection to read and I am seriously so proud to have been a part of it.