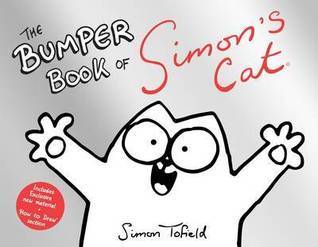 The Bumper Book of Simon's Cat

4.21
256 ratings32 reviews
Rate this book
In the last five years, Simon's Cat has become a national treasure and a global phenomenon. Star of over twenty-five films, which have been watched over 350 million times, and winner of a dozen major industry awards, Simon's Cat has captured the hearts of a global audience. In this first major paperback edition author, animator and illustrator Simon Tofield brings together the best cartoons from the first three bestselling books, with exclusive new material and a unique 'How to Draw' section. This really is The Bumper Book of Simon's Cat.

31 books226 followers
Simon started drawing cartoons at an early age and went to study Graphics and Animation at De Montfort University. He has a great interest in British wildlife, painting, the great outdoors and of course cats. He now works in London as an animator and director at Tandem Films.
Simon lives in Bedfordshire with this three cats: Hugh, Maisie, Jess and Teddy.

Any anthromorphization (handing the woodpecker an electric drill, bribing the magpie with a shiny watch, making snowmen), Wile E. Coyote antics (the numerous variations where it pretends to be a birdhouse), Garfield-Odie sequences (trying to fool the dog but ending up the worse for it) seemed like stretching it a bit and were not as funny.

Jackie
260 reviews24 followers
June 11, 2016
Simon's Cat is always fun, especially when you are familiar with cats yourself. There are tons of situations depicted in a hilarious and extremely accurate way, it's awesome!

However, I must say I prefer the animated videos to the book. Not that the latter one wouldn't be funny and entertaining as well, but in my opinion, it's just not quite as brilliant... Plus, the more pages I flipped, the less entertaining it seemed to be. Still good though. 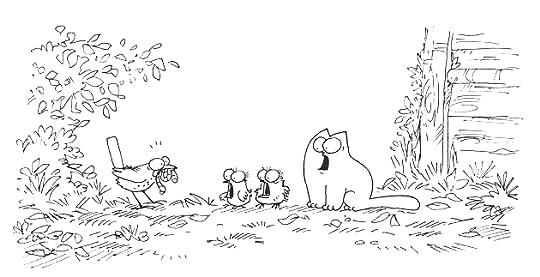 Jason
1,170 reviews103 followers
February 15, 2015
I love Simon's cat, I dare any cat owner to read this book and not see stuff on the pages that their cat has done.

The drawing are brilliant, I think the best ones are those with so much detail in them.

This book also teaches you how to draw the characters, I tried but was rubbish.

Merve Akpınar
399 reviews23 followers
October 16, 2020
I love Simon's Cat, but in video. I really finished all the comics, by forcing myself (the ones I found in pdf for free). I can not say I recommend it. Yes of course if you find it free you look. But no, do not buy it. 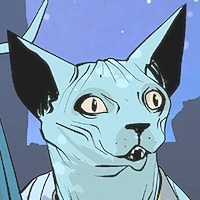 Elle
99 reviews
October 2, 2017
Always enjoyable, but I'm not sure there was new material in this book... 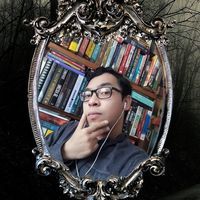 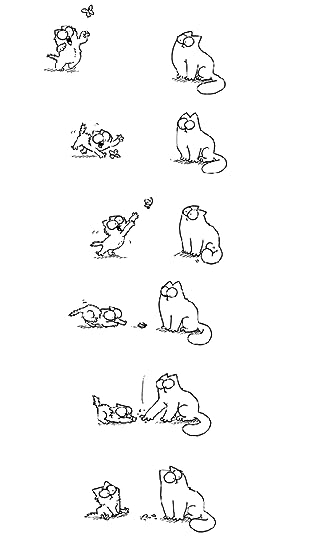 «...is very shy of strangers but has a meow that can bring the house down (...) She follows me constantly, letting me know she wants a fuss and reminding me of when it's time for food» –Simon sobre Jess.
«Maisy is the undisputed queen of the house. She loves the outdoors and enjoys long sessions of sunbathing in the garden (...) She loves to sleep on my pillow, keeping me awake with her deafening purr» –Simon sobre Maisy.
«Hugh is the big softie of the house and his tiny high-pitched 'mew' lets me know it's eight o'clock and time for dinner every night (...) He is also a sucker for attention and loves having his head and belly tickled» Simon sobre Hugh, quien sirvió de inspiración para la caricatura.
«...He is such a character and always makes me laugh with his antics. He loves to climb things and spends most of this time high up and looking down on the world» Simon sobre Teddy.

Soho_Black
518 reviews7 followers
December 16, 2017
When a musical artist is successful, they will eventually release a “Greatest Hits” package, collecting their most successful songs, alongside a few newer ones. Essentially, after a number of successful books and millions of views for his videos on YouTube, “The Bumper Book of Simon’s Cat” is Simon Tofield’s “Greatest Hits” compilation, celebrating 5 years of “Simon’s Cat”.

This book covers the full range of Simon’s Cat cartoons, featuring everything that so many have come to love about him over the previous five years. Although heavily anthropomorphised, Simon’s Cat displays all the behaviours that cat owners and lovers will be familiar with, from getting himself into all sorts of scrapes trying to catch birds and trying to eat everything in sight, as well as attacking all sorts of things, from Simon himself to curtains and sofas.

As ever with Simon’s Cat, the drawings are deceptively simple, being black and white line drawings, but Tofield packs a huge amount of detail into each cartoon. The main picture is usually amusing enough, but it is always worth looking closer at the background on the larger cartoons, particularly the ones based in the garden, as the reactions from the spectators add something a little extra.

Whilst it is a shame in this particular book that the use of colour that appeared later on is not present and the cartoons are not presented in the order they were originally published, which means the kitten who was added in later books appears and disappears throughout the book. The fact that the cartoons are repeated from earlier books also means that if you’re reading this one shortly after one or more of the others in the series, it can be a little repetitive.

However, the addition of the “Simon Draws” section and the introduction to his inspirations, in the form of his own cats, acts like a new track on a greatest hits album and makes the book worth having for a “Simon’s Cat” fan, particularly one who has only seen his work on You Tube rather than in book form. These extras, combined with the sheer amount of cartoons here compared to his other books, also makes this great value for the cat lover in your life, particularly one who is new to “Simon’s Cat”.

Mehsi
11.5k reviews358 followers
February 14, 2016
I decided to read this after I have seen multiple animated videos about Simon's Cat.

It was an adorable book, however I felt with most of the comics that it would have been better had it been made in an animation. Most of the jokes were still funny but lacked the punch that the animation has.

However I did enjoy seeing the 2 cats again. They are so adorable, smart and fun. Especially the older one, though the smaller one also takes his/her revenge on the older cat.
Though, I also felt annoyance for the little one. I know I had the same feeling with Garfield, and when they introduced that small little cat. At times they were good together, but most of the time it didn't work out, and you can see that happening here to. Seems older cats + newer cats = a bad combination.

Then we have Simon, the owner of the cats (and it seems he has a whole lot more in real life). I really liked to read about his adventures with his cats, at times I felt sorry for him, though at other times I was snickering and thinking: "He deserves that." or "He had that coming!"
Never reject a cat when he has a present for you, he might just take revenge. Oh and a big one: "Never try to bathe a cat, it will end in a bloodbath."

A plus-point to the "How-To-Draw" section that was located at the end of this book.

All in all, I would still recommend this book, but I would also recommend people to watch the animations that are out in the world.

Stephanie
561 reviews2 followers
October 11, 2015
For a review by a real cat, watch this YouTube video. . https://youtu.be/WCAnS9tWFPM
The Bumper Book of Simon's Cat is full of laughs for cat lovers as they recognize bits of their cats in Simon's cat.

Satu
304 reviews5 followers
August 9, 2016
Cats are Cats and Torfield captures the essence of being a cat perfectly. The drawings are wonderful in the way they tell stories in a few pictures simple or even just one. It made me regret that I can't have a cat.

Bladestryke
229 reviews
December 29, 2014
If you watched the videos of Simons cat, the book might be a little flat. Plenty of funny stuff and any cat person can totally picture any of the going ons in the book. A good quickie read.
Sue Mosher
659 reviews13 followers
February 11, 2016
I like the videos on YouTube better.
Displaying 1 - 30 of 32 reviews
More reviews and ratings