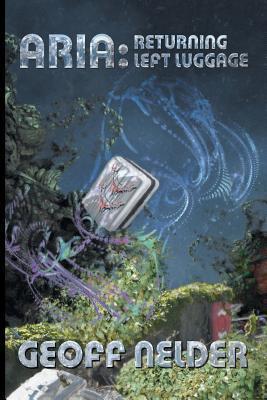 46 books70 followers
Geoff Nelder has a wife, two grown-up kids, an increasing number of grandkids, and lives in rural England within an easy cycle ride of the Welsh mountains. He taught Geography and Information Technology for years until writing took over his life. Geoff is a competition short-fiction judge, and a freelance editor.

Publications include several non-fiction books on climate reflecting his other persona as a Fellow of the Royal Meteorological Society; over 50 published short stories in various magazines and anthologies; thriller, humour, science fiction, and fantasy novels.
2005: Humorous thriller Escaping Reality. Republished 2012.
2008: Award-winning science fiction mystery with hot-blooded heroine, Exit, Pursued by a Bee.
2010: Another thriller received an Award d’Or from an Arts Academy in the Netherlands. Its third edition will be published in 2012, Hot Air.
2012: ARIA: Left Luggage science fiction apocalypse.
An urban and historical magic realism fantasy, Xaghra’s Revenge, is in the hands of a literary agency.

Years ago, I couldn’t get enough of Isaac Asimov’s Foundation books. After that I spent years reading thrillers and suspense. Recently, I was quite excited to hear about The ARIA Trilogy by Geoff Nelder and felt it was time to read a science fiction book again. I’d heard quite a lot about the first book so I decided to get the second book “ARIA: Returning Left Luggage.”

This science fiction series has a truly unique concept dealing with how Alien Retrograde Infectious Amnesia effects society around the world. Aliens needing the world for their own purpose, decided to clean it up. They released an unavoidable, highly contagious space virus that over a short period of time robbed most people on the planet of their memories, and rendered them helpless and dying.

In this second installment of Aria, small groups of people, still not infected, realize the danger they’re in and flee to isolated areas in different parts of the world. Nelder’s characters are real, human and beautifully flawed. Even Dr. Antonio, to a hesitant degree. I love the dialogue. It’s witty and fun. The writing is great. You come to rote for some individuals as they struggle to survive in their new reality. It’s a fascinating and truly terrifying story. A second space virus released by the aliens stop the memory loss in the people who get in contact with it, but for some it brings other problems. More of that in the third installment, I imagine (hope).

This book made me a science fiction fan all over again. I really recommend it!
Colm Herron
Author 7 books27 followers
September 7, 2016
THIS GEM OF A BOOK

Here is a modern dystopia formed in the mind of author Geoff Nelder, science fiction writer extraordinaire. It follows on his first book of the trilogy ARIA and tells what happens after the apocalypse of mass memory loss on earth. To give away much would be unforgivable so I'll confine myself to saying that the cure that comes from space to stop this global amnesia appears to be worse than the sickness itself.

The scenario is as confusing and terrifying as what is now happening in Syria where global powers work with and against each other to pursue their own agendas and nobody knows for sure who's for what. Except here in Returning Left Luggage there is hilarity to leaven the nightmare. And it is this hilarity that makes Nelder's novel more than just a remarkable piece of sci-fi. For at the drop of a master's hat he is able to make me laugh out loud even as I squirm.

Geoff Nelder uses the acronym ARIA for Alien Retrograde Infectious Amnesia which is what is brought to earth by evil aliens.But the more I read Returning Left Luggage the more I wondered if Nelder had more than memory loss in mind. For one of the most famous arias in history is Haydn's The Creation in which Satan and his followers build a palace called Pandemonium. And diabolical pandemonium is what runs amok in this gem of a book.


Steven
1 review
September 3, 2013
I made the mistake of beginning this book around 9pm Saturday evening. I needed to get some sleep but I found myself unable to stop reading until I went all the way to the end.It is a very entertaining story. If you enjoy science fiction you will enjoy this book and its predecessor.Aliens have a use for Earth and we are in the way. They have a unique device for conquest in ARIA, a virus that causes amnesia from the moment of infection backwards. It is a scary and engrossing story. It is much more diverting for me than either zombies or vampires. I give it my highest recommendation.My biggest complaint is that now I have to wait for the next installment!