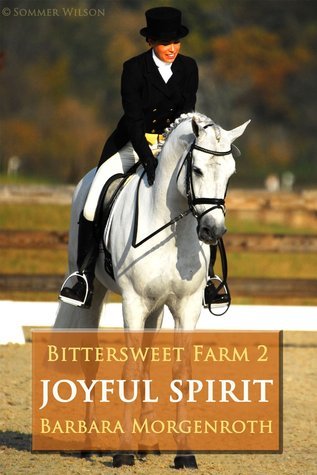 4.16
184 ratings8 reviews
Rate this book
Talia Margolin doesn't want to be judged and quickly learns the show ring isn't the only place she'll be tested.

The challenges Talia face now that Lockie Malone is the trainer at Bittersweet Farm stack up like cord wood. Her half-sister, Greer, is making the transition to jumper rider more easily than Talia can switch to dressage. Talia's former boyfriend, Josh, grows closer to Lockie and confides secrets he won't share with her. Then there's the hunter pace looming ahead. Talia wonders if her life can get more difficult.
Does it? 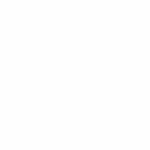 When I read "Mounted", I really liked Talia. She was a great character. In "Joyful Spirit", you get to see her more annoying qualities. I found myself wanting to slap her most of the time and tell her to stop nagging already. On the opposite side of the coin, you start to see that Greer has a human side after all and she really has some issues going on that are making her act the way she does. I began to feel empathy for her - a little bit. Lockie is still around and at times, it almost seems like he is a father rather than a love interest, which takes some of the enjoyment out of the story for me.

A subplot of the story centers on Josh, Talia's "ex-boyfriend" who is actually gay. We are left with quite the mystery as to what is going on with Josh and I find myself growing more interested in this character.

There is definitely a lot of character development in the 2nd installment of this series. Some good, some bad. There are also some fairly significant editing issues with book 2 - book 1 had the same issues, including omitted, extra, and out of order words. There was also a point where the word Chapter appeared in-between two paragraphs but there was no number to go with it. It can also be a little confusing figuring out who is saying what. I’ve read several books by this author and it seems to be part of the writing style.

That being said, I am still enjoying the series. The plot of the story is very entertaining and the author has a talent for stopping at the moments that will force us to come back for the next book because we have to know what happens. Once again, I find myself looking forward to the next installment of the "Bittersweet Farm" series.

The story was good and getting the horse info correct made it even better. But an editor is sorely needed.
Belinda-Jane Thurman
17 reviews
October 18, 2019
I am reading the series for the second time. I am still a big fan and enjoy the spirit of the story, but Talia is a real pain! Greer is supposed to be the real mare in the series so far but her half-sister is a character I want to slap and tell her to grow up and get over herself and stop smothering Lockie! I had forgotten how awful she is- doesn't want to do this, don't want to do that...but that is the real brilliance of Barbara Morgenroth! She makes her characters jump off the page, well some of them anyway! Happy reader here -brill series!
Miriam Cook
30 reviews
September 23, 2015
This is an amazing second book to this great series. It really pulls you in farther and makes you want to continue reading the series. Barbara Morgenroth made Joyful Spirit a great follow up of the first. I cannot wait to read the rest of the series as I am sure everyone cannot wait. If you are in anyway have an interest in horses this is the series to read.
Denise
183 reviews
August 9, 2013
In this book we get valuable insight into the family and friends of Talia and Greer, and the circumstances that have shaped who they are. Another good read by Barbara Morgenroth,
Displaying 1 - 8 of 8 reviews