Goodreads helps you keep track of books you want to read.
Start by marking “Burial” as Want to Read: 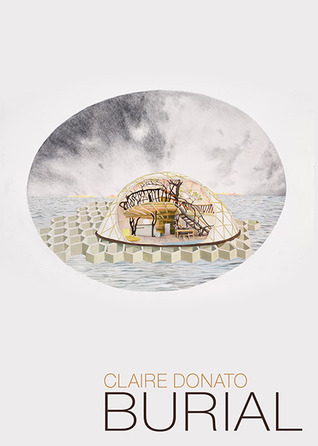 We’d love your help. Let us know what’s wrong with this preview of Burial by Claire Donato.

"Claire Donato's patient, immersive meditation on death and mourning designed in precise urn-like prose, BURIAL, fledges itself with the poise of Woolf or Loy or Carson; a kind of humming, marbled elegy for the as-yet-extant-alive, and like finding a real river in a dictionary."--Blake Butler

"In her captivating book, Donato follows grief logic into a space of defamiliarization, speaking of death, television, rooms, love, nouns and voices as if confronting them for the first time. The language loops, stepping back to move forward, always circling a mind aware of its movements. It's a gorgeous fugue, an unforgettable progression, a telling I cannot shake."--Heather Christle"

BURIAL is a full and vibrant illustration of the restless turns of a mind undergoing trauma. Language here serves both as escape and as a threat, at once suspect and yet the only consolation. In BURIAL, Donato makes and unmakes the world with words, and what is left shimmers with pain and delight."--Brian Evenson

"BURIAL's narrator dislocates familiar language in order to present a view of the self from outside the self. Claire Donato's assured and poetic debut augurs a promising career."--Benjamin Moser ...more

To ask other readers questions about Burial, please sign up.

Be the first to ask a question about Burial

Start your review of Burial

May 14, 2018 Nate D rated it really liked it
Shelves: read-in-2018, dollar-rack-archeology
Every word and interlinked sentence of this [prose poetry? essay? internal narrative?] shimmers with intensity and originality. Donato's voice and thought constructions drift and shift so fluidly that you may expect this to fall apart or lose meaning at any moment, but the highwire act succeeds beautifully and with never a misstep. Grief and loss and a deathly limbo-state stillness, captured in exquisite motion by an active mind.

Mar 13, 2019 Daniel Quinn rated it really liked it
The question is: how does the heart make its own grave?

Mar 31, 2016 Tracy rated it it was amazing
Claire Donato manipulates language and logic in a poetic representation of the mind in grief.

"To wave goodbye, one moves one's hand to and fro, signaling polite wishes at the end of a conversation. An exchange of spoken ideas is only on instance of communication; one may signal good wishes to bodies both dead and alive." (42)

It's nearly impossible to verbalize grief. The staggering shifts in association in Donato's book starts to close the gap. The book lives in the compressed space of words and
Claire Donato manipulates language and logic in a poetic representation of the mind in grief.

"To wave goodbye, one moves one's hand to and fro, signaling polite wishes at the end of a conversation. An exchange of spoken ideas is only on instance of communication; one may signal good wishes to bodies both dead and alive." (42)

It's nearly impossible to verbalize grief. The staggering shifts in association in Donato's book starts to close the gap. The book lives in the compressed space of words and memory where one cannot breathe -- minty freshness does not cover the sorrow. ...more

Aug 06, 2013 Brooks rated it it was amazing
"Sadness leaves the body dumb. Again, the mind turns toward itself: one lukewarm rupture of protuberance devolves the back of the head, and the brain expands, implodes, and then refills with helium, which turns memory grey, grey as the overcast sky or a handful of ash, and the hand--the disembodied hand--is severed at its wrist."

Oct 15, 2014 Helen McClory added it
Shelves: novellarama
A complex, essay-like fiction on a traumatic death, on the interiors of morgues and the timbre of corpses and lakes and voices. Rewarding reading, but make a space around yourself for this to devote full attention to the winding, reverberating prose.

Sep 25, 2015 Karissa marked it as to-read
I haven't read this yet but I totally will because Claire is the daughter of my french professor at Clarion University!! I'm surprised I actually found her book!

Jun 25, 2016 Shannon McGovern rated it it was amazing
Shelves: poetry, most-loved
Beautiful and profound. Donato handles grief in a way that is familiar, but makes you wish it wasn't so familiar.

Carolyn Zaikowski rated it it was amazing
Jun 27, 2016 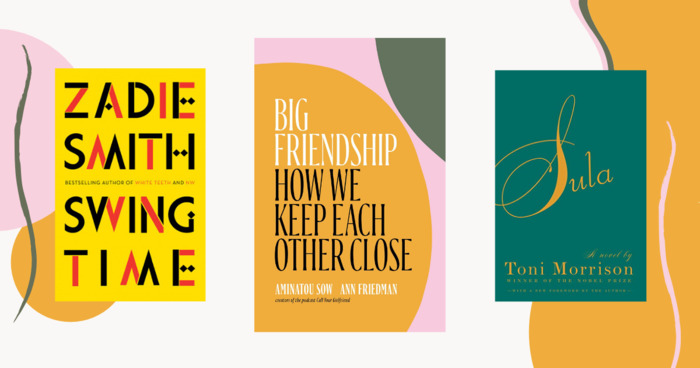 “A fool falls in love. One who dwells in indifference dwells at a distance from love, from its unexpected currents and the lonesome tumbling that causes a person to fall on her knees, if she falls. And there is never any reason to fall, to become so attached to another that one is driven to say, “I once fell in love,’ followed by an ellipsis, ‘…’, a trail leading down a path into—what? Some fatal dream? One grows weak from conflating the future and past, and the ellipsis, ‘…’, always leads into an exposed empty vat, the interior of an urn whose lid has been removed, whose ashes have been spread into water where, in time, everything dissolves, giving way to the past.”
More quotes…