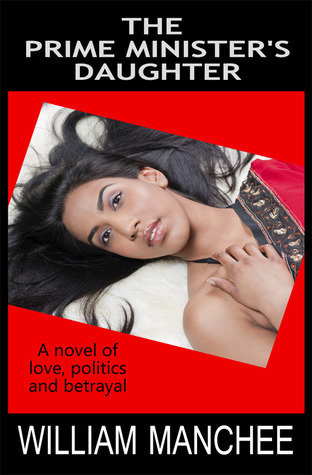 3.88
17 ratings8 reviews
Rate this book
A young adult novel about Kevin Wells, a Texas high school student, who has a chance encounter with the daughter of the Prime Minister of Trinidad-Tobago, Kiran Shah, and thinks he is in love. He knows there is no hope for such a long distance relationship but can't shake the feeling that Kiran is his soul mate. Much to his surprise and delight, however, Kiran is jolted back into his life due to a shocking and dangerous turn of events.

29 books186 followers
William Manchee is an attorney by trade and practices consumer law in Texas with his son Jim. Originally from southern California, he now lives in Plano, Texas. He is the author of 25 novels including the Stan Turner Mysteries, Rich Coleman Novels, and the Tarizon Saga. 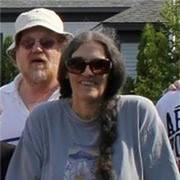 Julie Barrett
7,800 reviews138 followers
January 13, 2020
The Prime Minister's Daughter by William Manchee
Have enjoyed the authors works on the series Stan Turner, lawyer and know this will be another great read.
This book starts out with Kevin and he's going with his mother to the hospital for surgery. While there the prime minister from Trinidad is also having surgery and he is able to spend time with the daughter in the waiting room.
He notices some things are just out of place and steps in front of a bullet meant for the prime minister and gets shot himself. The assassin escapes...
Kevin after recovering is sent tickets to visit the royal family in Trinidad and he discovers there is another sister. He thinks he's really in love with Kiran but she doesn't love him but wants out of the country.
Their body guards are overtaken and the 3 kids run for their lives into the caves and then the forest where they run out of the next morning as they hear the NDC try to locate them to kill them, Kevin has seen too much.
Love the excursions they have gone on and just becoming familiar with island life.
There is so much to this story, something for everyone.
Romance, travel, blackmail, country overtaking, court trials, promises not kept, other mysteries surrounding the bad guys and the royal family...
Like the outcome but didn't see it happening with so much bad blood and water under the bridge.
Fast paced, action and adventure.
Other works by the author are highlighted at the end.
I received this review copy from the author and this is my honest opinion. 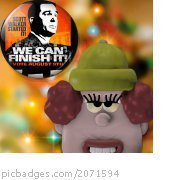 Tammy Downing
662 reviews5 followers
December 22, 2017
An interesting and engaging story about a young Texan teenager who meets the Prime Minister's daughter while they wait for his mother and her father to get out of surgery. The young lad soon saves the Prime Minister's life and his life takes a whirlwind turn. Lots of typos and editing errors in my edition.

Okay. Okay. Can I just say this one thing? The cover looks so wrong when you look at from the distance. I swear I thought she was... Yeah, let's not go there.

Other than the slight problem with the cover, The Prime Minister's Daughter is quite...let's just simply say, not for children. There's a lot of inappropriate material that will not be considered suitable by an adult. (Now I'm sounding like a walking, talking, movie trailer). Just know that when an eighteen year old virgin boy starts talking about doing it, it's going to get dirty fast. Whether in his daydreams or...

It's an excellent conflict. An American high school student saved a foreign official from an assassin's bullet. The student nearly dies, but was treated just in time, on the brink of death. Twist: The assassin has an entire organization behind him, called the... (can't remember acronyms very well). He must juggled fame, assassins and hitmans, along with two beautiful women who may have a liking to him. Reminds me of James Bond, without the kicking.

I wished that the writing could had held up the plot and conflict. Sometimes it was falling apart to be put back together by the author. I didn't really connect to the book, unlike many other books. I frequently felt lost and unable to piece together the events. The plot is like cookie crumbs that is glued together by the writing to make a cookie cake. (Have you ever baked one? I don't think it exist.)

An excellent ending I must say. Ho. Ho. Ho. (Please think this with an old man's voice. Old man meaning Santa Claus with a mix of Albus Dumbledore and Alfred from Batman. I'm in the mood for an early Christmas).

Rating: Three out of Five

-ofpaperandwords.blogspot.com
Wanda
35 reviews1 follower
July 2, 2013
The twist and turns of this book made it easy to read and interesting to follow. I enjoyed the writing style and the development of the characters. It is great "escape" the real world for awhile and go to a world where one never know exactly what will happen. Thank you Mr. Manchee and good reads. I look forward to reading other books by this author.
RACHEL
635 reviews28 followers
September 26, 2014
“The Prime Minister’s Daughter” has good plot that kept me engaged despite the distracting dialogue that was awkwardly scripted. The level of dialogue seemed to remain the same from teenagers to diplomatic dialogue and the tone held steady from friendly banter to life changing decisions to life and death situations.

Tamiya Jackson
10 reviews
October 27, 2013
Really enjoyed this book....a must read....I loved the flow...and how I could relate to the characters.....can't wait to read more from this author.

Rachelle
59 reviews9 followers
November 15, 2015
Good storyline, but not enough personalization to learn about the characters and follow along with their emotions and their story being told. Has potential to be a Great novel if tweaked a bit.
Staci Suhy
514 reviews21 followers
January 3, 2014
this book kept me interested until the last page.