Goodreads helps you keep track of books you want to read.
Start by marking “Who Killed Blanche DuBois?” as Want to Read: 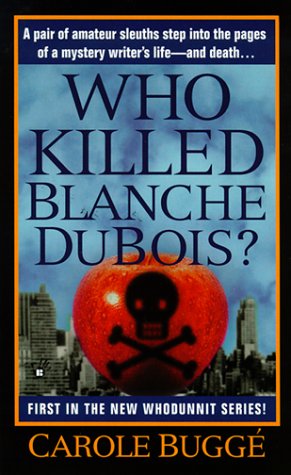 We’d love your help. Let us know what’s wrong with this preview of Who Killed Blanche DuBois? by Carole Buggé.

by
Carole Buggé
3.36  ·  Rating details ·  44 ratings  ·  9 reviews
New York mystery editor Claire Rawlings spends her days scrutinizing the motives and methods of fictitious criminals—but her precocious 13 year-old friend Meredith Lawrence has a keen eye for the cold, hard facts of crime. So when Meredith comes to visit, the two mystery buffs put their heads together to sleuth out the truth about a real-life murder.

Claire's star author, t New York mystery editor Claire Rawlings spends her days scrutinizing the motives and methods of fictitious criminals—but her precocious 13 year-old friend Meredith Lawrence has a keen eye for the cold, hard facts of crime. So when Meredith comes to visit, the two mystery buffs put their heads together to sleuth out the truth about a real-life murder.

Claire's star author, the ferociously flirtatious Blanche Dubois, is found dead after eating a poisoned apple and there's no shortage of suspects. Many were jealous of her success, and many put off by her haughty, demanding demeanor. With the help of a detective, Claire and Meredith question Blanche's friends, colleagues, and relatives—and discover that even in the Big Apple, the world of murder is a very small world indeed. ...more

To ask other readers questions about Who Killed Blanche DuBois?, please sign up.

Be the first to ask a question about Who Killed Blanche DuBois?

Start your review of Who Killed Blanche DuBois?

Jul 15, 2020 Louise rated it liked it
Shelves: fiction
I was intrigued (duped) by the title. The Tennessee Williams character has no relation to the Carole Bugge character.

This is a light mystery that kept me reading. It goes back before cell phones to the days of home phones with answering machines and the OJ Simpson trial.

You keep guessing who done it - since everyone has something suspicious. You feel a bit cheated when the big clues come in since the foreshadowing is weak and the cover story for the perpetrator is stretch.

May 13, 2018 Rosa rated it liked it  ·  review of another edition
When starting this book I've feared I would soon get annoyed by Meredith, the kid, but to my surprise I really liked her all through the book. I've enjoyed the story, the ending was a bit abrupt for me, though. But one thing that really annoyed me was: if you use a foreign language in a book, why can't you let this parts be edited by someone who really knows this language, and in this book, even worse, they used a really well known poem, just a few clicks on google would have solved the problem!

May 29, 2019 Barbra rated it really liked it
Shelves: mystery
A very good book for 1st in a series, fast paced and kept me guessing until the end.

Apr 04, 2014 Leslie aka StoreyBook Reviews rated it liked it
Shelves: 2014, books-to-review, cozies
I'd give this 3 - 3 1/2 stars. The book had a rocky start IMHO, the segue between chapters 1 and 2 was odd. The book seemed to focus a lot on Claire and Meridith's budding friendship and not as much on the mystery portion. The book really picked up in the end as the murderer is being revealed and it was definitely NOT someone I was expecting!

Loved this book. Good mystery, great characters, and a very enjoyable read. Will be looking for more by this author!

Chris Collier-Roberts rated it it was amazing
Jan 20, 2018 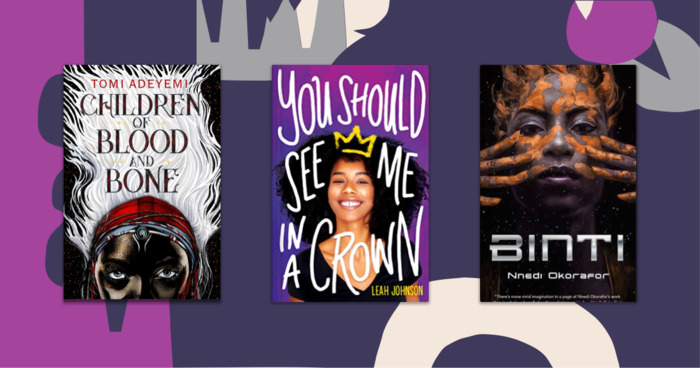 96 Books Sharing the Joy, Love, and Adventures of Black Lives
While books about anti-racism are trending on Goodreads and dominating the bestseller lists right now, some of our favorite Black authors are a...
Read more...
155 likes · 28 comments

Trivia About Who Killed Blanch...