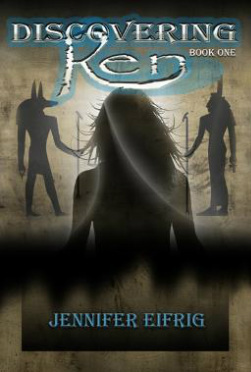 3.87
46 ratings13 reviews
Rate this book
Is the next Isis worthy of her legacy of magic?
Isadora Ambrosine is a research archaeologist at a small-town museum. She's also the new Isis, the Lady of Ten Thousand Names. When she accepts a bundle of amulets in a Cairo marketplace, her new calling will threaten her life, destroy her family, maroon her husband in the underworld, and force her to choose between revenge and sacrificial love.

I love speculative fiction of all kinds, from the great sword-and-sandals epics to the grinding gears of steampunk. If it has magic, weapons, costumes, and seat-of-your-pants action, I'm in.

In addition to Discovering Ren and the sequels, I write a free romantic comedy/urban fantasy novel on Twitter.

Be sure to visit my web site, www.JenniferEifrigAuthor.com for more about me, my characters, and the world of my novels.

I really enjoyed reading DISCOVERING REN. It is a very entertaining, well-written manuscript in which the author vividly shows her remarkable aptitude for writing.

I’m always eager to read books where there is Egypt and its mythology. In DISCOVERING REN myths turn to reality, with the main characters transforming into powerful magical creatures.

I really loved the main character--Isadora, both before and after her magical transformation. Her faithfulness to her husband Max is so endearing.

To tell you the truth, in quite a few places the author took me by surprise, in a good way. The plot line has lots of twists and turns where I wouldn’t expect them, and it made this book an unpredictable and thrilling read for me.

Who would I recommend DISCOVERING REN to? Fans of well-written fantasy, people hooked on Egyptology, those who love action, thrill, plot twists, humor, and lots and lots of magic.

This book is part of a series, and I definitely look forward to reading the next book as the ending left me wanting for more.
Paul Freeman
Author 20 books54 followers
January 11, 2013
Isadora Ambrosine is an archaeologist with a speciality in Ancient Egypt. Charged by the director of her museum to put on an exhibition of magic in the museum, she travels to Cairo to research her subject. While walking through a packed market, she has a strange encounter with a mysterious woman who gifts her a collection of, what appear to be, ancient amulets. On her return to the US, she and her husband are attacked by a group of would be assassins, during the ensuing struggle she discovers a hidden gift for magic. And so it begins.

While her husband lies in a coma in hospital, Isadora begins a journey of self discovery where she learns she is an incarnation of the goddess Isiss, her responsibilities include the small matter of the defence of mankind against a horde of demons, vampires, and the biggest villain of all, her own brother in law Seth, who is an incarnation of the god Set. Although Set/Seth is a despicable bad guy, who allows his petty jealousies and paranoia to take control of him, you can’t help but feel a little sorry for him, and get the feeling his role had been pre-ordained, mirroring previous incarnations in an endless battle with his sister in law whom he both longs for and despises.

This book is jam-packed with magic, myth, and action. Isadora is a real super hero who must quickly assimilate her new role as defender and champion of humanity against the darkness, with her old life as wife, and research archaeologist.
Bruce Hesselbach
Author 5 books2 followers
May 24, 2013
This wonderfully entertaining book builds to a spectacular climax. Fans of fantasy and magic will be delighted by the skill with which this talented author brings the mysteries of ancient Egypt to life.
The characters are well drawn, from the resourceful archeologist who assumes the powers of the goddess Isis, to the conniving and mentally tortured Seth, down to the minor characters such as the vastly amusing ushabtis. The scenes are so vivid that one is convinced the author must have studied all the ancient texts and explored the hidden recesses of the Cairo museum.
The heroine is a complex character: vulnerable at the start, she gradually wins the reader's admiration as she encounters supernatural enemies bent on destruction.
Overall this is such an intelligent, witty, and exciting tale that the reader will look forward to more books from this promising author. 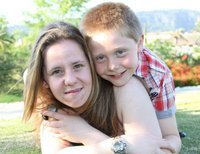 I don’t know much about Egypt, or its mythology but this book definitely got me thinking. I have no idea how much was based on actual research, but it makes for an interesting subject and the author’s passion shows through her writing.

Incredibly well written with great character development, each reader will be completely engrossed in the world that Isadora, her husband and brother in law are unexpectedly surrounded by. The writing style transports you into their world, and easily lets your imagination take over as all its secrets are slowly uncovered.

There is so much more to come from this story, and I can’t wait to read it.

I received an e-copy of this book from the author in exchange for an honest review.
Gary Beck
Author 84 books36 followers
January 8, 2013
Ren starts wiIth an exceptional couple who get involved with a mystery that morphs into the mysterious. When Isadora discovers she is the incarnation of the Egyptian goddess Isis, she is charged with the responsibility of protecting humanity. As Isadora/Isis follows her new path, Egyptian mythology is reconciled with Christianity in the age old battle between good and evil. Magic rapidly becomes a normal part of every day life, as Isis confronts demons and monsters intent on wreaking chaos. With an amusing spice of feminism a heroic woman/goddess overcomes her enemies in a stirring tale that leaves readers wanting more.
Ashley
119 reviews12 followers
April 28, 2013
I won this book from goodreads and overall it was a fairly good book. I don't know much about Ancient Egyptian so I was confused at some of the parts; especially those involving the seven parts of Isis. I feel like if I would have known more about Egypt and their deities I would have understood the book better but the author does explain the relationship between Isis/Osiris/Set/Anubis/Nephthys. I did enjoy the story and I look forward to the next books in this series!

Stacey
Author 31 books21 followers
July 13, 2013
Discovering Ren is the tale of Isadora, who soon learns that she is, in fact, the latest reincarnation of Isis. Some good and bad news comes with this: her husband, Max, is Osiris, and her brother-in-law is Set, a god determined to destroy the happy couple. (Important note: Ren, in Egyptian mythology, means one's true name; if you're waiting for a guy named Ren to appear, read the definition again.) Full of action, pathos, and excitement, Discovering Ren was a page-turner! You will also learn more about Egyptian mythology than you ever did back in college, and in a much more interesting way.
The supporting characters of Roger and the ushabti are vividly drawn and endearing, rounding out the cast of characters. I would've liked for the character of Annette to be fleshed out a little more - her true name comes briefly, at the end, with little backstory - but the rest of Set's crowd, particularly his mother (Isadora's mother-in-law) are painted as particularly shrewish and malicious. Isadora's parents are introduced two-thirds of the way into the book and just as quickly exit, which was frustrating, but overall, the characters are strong, and you'll find yourself rooting for the right people. Happily, one character (I won't spoil it by telling you who) who falls under suspicion of perhaps having evil intentions turns out to be a decent sort after all.
Overall, I found this book to be exciting and interesting, and look forward to the next installment.
Sharon Hughson
Author 30 books55 followers
March 26, 2015
This book earns 3.5 out of 5 stars from me.
I was fascinated by the Christian worldview interwoven with the ancient Egyptian mythology. It didn't seem very well-defined, but I thought it was a unique approach on magic in the contemporary world.
I really thought the characters were from the UK and was shocked to discover they lived in New York State. I'm not sure if it was the archaeology that steered me wrong or what, but there were times when both narrative and dialogue felt British.
The characters could have been more deeply explored. Isadora was fairly well-rounded but the rest of them came off flat. Sometimes the POV didn't stay true to the narrator of that scene and that threw me out of the story.
Lots of excitement to be had here, but I felt it took quite a while to really get to the heart of what it was all about. There was quite the mix of mythological and paranormal creatures in this one.
BestChickLit.com
458 reviews246 followers
August 13, 2013
Discovering Ren is an exciting and entertaining read that’s very well written and incredibly visual. It blends Egyptian mythology, Christianity and magic together, and I ended up learning quite a lot about Egyptian mythology, which has never held my interest before.

The main character, Isadora/Isis, appears to be totally normal until a mysterious woman hands her a bag of ancient amulets while walking through the souk in Egypt. From that moment she gradually transforms into a butt-kicking goddess – not your run-of-the-mill story!

Discovering Ren is beautifully written and it is obvious the author has done quite a lot of research. Would recommend this book and can’t wait for book 2.

Reviewed by Erin V on behalf of BestChickLit.com.
Dwheeler11
39 reviews1 follower
June 14, 2013
A fascinating blend of Christian and Egyptian mythology/religion/fantasy. Isadora (Dorrie) is a thoroughly engaging character, and the reader can't help but hope she and Max triumph. The author also takes care to show that even evil can be multi-faceted - and that there is always a chance for redemption. I loved the information on Egypt and the culture and beliefs of its people interwoven throughout the plot: it made me want to learn more and visit Egypt myself some day. I look forward to the next chapters! 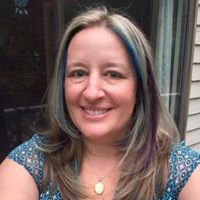 J.R.
117 reviews3 followers
January 20, 2014
Highly enjoyable and interesting read with strong characters. Although slightly predictable in places, this did not detract from the storyline
David Traver Adolphus
62 reviews2 followers
October 22, 2014
So long. So very, very long.
Displaying 1 - 13 of 13 reviews