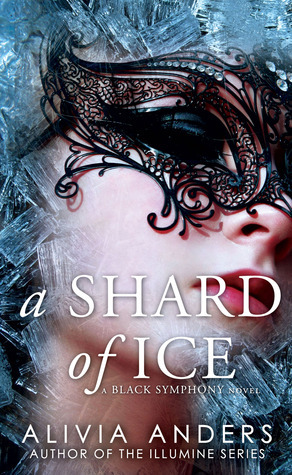 A Shard of Ice

When 13-year-old Lilix Morgan is found alive and floating on a bed of ice at sea, everyone counts it a miracle. Kidnapped nearly four weeks earlier, she remembers nothing of her mysterious abduction. When she tries to remember what happened, she hears only a melody – a faint and delicate set of notes, strung together in a tune she doesn’t understand.

A year later and desperate to put the lingering nightmares of her past behind her, Lilix crosses the country to enroll at Baelmorte Academy, aiming to become the violinist she once dreamt of. Things seem to be finally going well, and Lilix settles into a routine of sheet music and inspiration among new friends.

Then the dreams start.

The melody and night terrors she thought she’d left behind return with a vengeance, threatening to ruin her fragile version of normalcy. Then an unlikely ally tells her that she isn’t alone. That there are others just like her, fighting to hide their own shocking truths from coming to light. That they know who she is, and what she’s been through. Now, accompanied by four other girls, Lilix discovers her nightmares are larger than a single trauma; they’re a window to a hidden part of her soul, a place of immense power with a destiny that cannot be ignored.

THEIR BATTLE, IS ONLY BEGINNING.

With this knowledge comes a new and frightening reality. For Lilix has been reawakened to stop an age-old enemy, one thought to have been destroyed centuries ago. Trapped by her destiny, Lilix is torn between what feels right and what she remembers. Her memories tell her of a star-crossed love waiting to be reunited, of friendships and trust broken in the past. But can she save that love when reality brings her an enemy, and an evil that will be the undoing of them all if they don’t destroy it?

30 books384 followers
Alivia Anders was thirteen when she fell headfirst into the world of internet fanfic and RPG-forum board sites that showed her the 'back door' into the world of writing. Four years and many hours spent glued to a computer screen later she found her true calling in writing.
Alivia currently lives with her family in her hometown of Coopersburg, PA. She frequently admits that if she wasn't so intolerant to dairy she'd live at her local ice cream shop called The Inside Scoop.

I don't get it. Apparently the publish date was last year but...I would feel like there is something wrong with me but others have been confused too. Some clarification would be nice.

I'll admit the real truth. The only reason I'm reading this is because it has a fantastic cover. One of the best covers I've actually seen in a while. It's perfection really. It's what drew me to this book in the first place. But I'm kinda glad of it. I'm glad that I've discovered this book. Because speaking plainly, the synopsis sounds saucy.

After a century of reading recycled YA rubbish, I'm hoping that A Shard Of Ice will prove me wrong. Prove me wrong, pretty please.

(;Missy.Lala;)
670 reviews2 followers
Want to read
January 10, 2015
Where on earth can I find this book? I would seriously like to know. They don't even have it in kindle format O.o

♛Tash
223 reviews211 followers
Want to read
May 21, 2015
Look at that gorgeous cover.
Jessa
11 reviews20 followers
Want to read
April 19, 2016
Odd. The author on her blog had posted a release day post back in April and there's two links for the book. Though, when you click on the link the site says the book isn't to be released until October 27. Hmm.

Val
47 reviews3 followers
Want to read
May 8, 2016
So... when IS this book being released exactly?
It's the fifth of May and I can't find it anywhere. Amazon simply says "currently unavailable" and it seems its had a two-year delay on-top of that...

Amyle
2 reviews1 follower
February 8, 2014
I cannot wait to read this book! It's captivating and original.
V. A Court of Wings and Ruin is NEW ADULT/EROTICA but Goodreads editors won't tell you to include it in the choice awards
266 reviews496 followers
May 19, 2016
The cover drew me. It's just so beautiful. The book is not bad, but this genre is a hit or miss for me. Overall just entertaining.

Burn
207 reviews
Want to read
October 20, 2014
I read the first part and it looks interesting.
Lotte
242 reviews
Want to read
February 5, 2015
This should've been out by now, but it isn't sold anywhere.. *confused*
Midnight
7 reviews1 follower
December 23, 2014
oooooooh so pretty! Is is it even that wrong to judge a book by its cover?
Johnathan
1 review
Read
May 9, 2016
a really good book
Justin Smith
12 reviews
November 20, 2019
The book is actually fabulous.