Goodreads helps you keep track of books you want to read.
Start by marking “Missing Pieces: The Swedish Tourists' Murders” as Want to Read:

We’d love your help. Let us know what’s wrong with this preview of Missing Pieces by Ian Wishart.

To ask other readers questions about Missing Pieces, please sign up.

Be the first to ask a question about Missing Pieces

Start your review of Missing Pieces: The Swedish Tourists' Murders

But I admit to being torn over this book. Like all "investigative" journalists, Wishart comes with an agenda. He talks about a police officer (Hughes) being corrupt - without coming right out and saying that - and that leads us to the conclusion that the wrong person was convicted. Wishart is controversial in his own right and makes me personally feel uncomfortable (climate-change denial, intelligent design proponent) but if you can push that aside, he does write well and puts the rats among the pigeons.

I tried to remain objective which I was moderately successful with!! This book did point holes in evidence, but that's because there was more evidence than the jury heard that this book presented. I'm very interested to folly Tamihere's quest for (his) justice. I hope whatever happens the victim's families can have closure. ...more

Aug 24, 2020 Ena added it
I’m a relative of Mr Foley ,he died June 18th 2002, In Hawera NZ, he died at home of a brain aneurism,my brother was there when he died. My mother who he made his confession to,died in August 1997.So my brother had been dead for 10 years when Mr Wishart wrote this book.A disgruntled uncle of Tamahere’s Mr Andrew Rangiheuea and his wife were friends of my brothers when he was alive. Don’t waste your money on this pack of lies

Mar 18, 2017 Lynette rated it liked it  ·  review of another edition
An interesting read. I really have no idea who was the culprit but I've always been sad that
Heidi's body was never found, for her families sake. Like the way the book included
extracts from their letters home. They sounded a lovely couple and so sad their dream
holiday ended this way. Hope the mongrel that did it gets their just desserts.

Feb 02, 2019 Michelle See rated it liked it  ·  review of another edition
I loved how the author presented relevant, alternative scenarios - that questioned how ‘facts’ were presented by certain parties to how they could be repositioned.
The police, courts etc want to ‘solve’ crimes, but this book clearly questions if they get it right?

Jan 02, 2013 Michelle Townend rated it it was amazing
Shelves: books-i-have-read-in-2013
Very interesting and also shocking and extremely disturbing at how the case was handled.
Worth reading imo.

Apr 24, 2014 Nova rated it it was amazing  ·  review of another edition
Very readable, very very sad.

Ian Wishart is a multi-award winning investigative journalist and bestselling author of more than 20 books, who's now in his fourth decade in the news business. His writing style has often been compared to John Grisham by reviewers.

He's been a radio News Director, a Chief of Staff for TV3 News and a magazine editor. His work has featured in the Times of London, Daily Mail, New Zealand Herald and A

Ian Wishart is a multi-award winning investigative journalist and bestselling author of more than 20 books, who's now in his fourth decade in the news business. His writing style has often been compared to John Grisham by reviewers.

He's been a radio News Director, a Chief of Staff for TV3 News and a magazine editor. His work has featured in the Times of London, Daily Mail, New Zealand Herald and America's massive Coast to Coast radio programme - to name a few. His books Totalitaria, Air Con and Vitamin D became Amazon bestsellers worldwide.

While writing his first book, The Paradise Conspiracy, Wishart's TVNZ office was discovered to have been bugged, his home was broken into, the manuscript for the book stolen, and an attempt was made on his life. Needless to say, he survived to write the story.

He's been shot at, tear-gassed and stalked, but Wishart says his motivation remains telling the stories that "need to be told", whether its new leads on cold case murders, or government espionage.

As well as writing books, Wishart also divides his time between operating the http://www.investigatedaily.com and http://www.ianwishartpublishing.com websites - the latter catering to his writing and publishing clients. 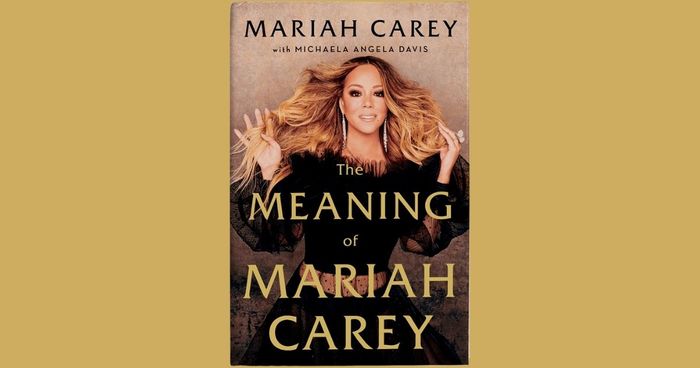 Mariah Carey Is Telling Her Own Story (and Recommending Books)
If you haven't heard of record-smashing singer and songwriter Mariah Carey, is there any hope for you? Who else has sold more than 200 million...
Read more...
58 likes · 23 comments