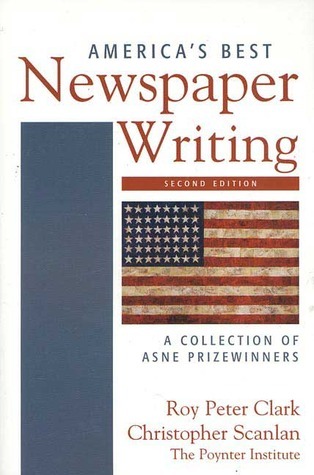 3.92
26 ratings2 reviews
Rate this book
America's Best Newspaper Writing represents the "best-of-the-best" from 25 years of the American Society of Newspaper Editors (ASNE) Distinguished Writing Awards competition. With an emphasis on local reporting, new stories including more on crisis coverage, and pedagogical tools to help students become better writers, the second edition is the most useful and up-to-date anthology available for feature writing and introduction to journalism classes.

35 books275 followers
By many accounts, Roy Peter Clark is America's writing coach, a teacher devoted to creating a nation of writers. A Google search on his name reveals an astonishing web of influence, not just in the United States, but also around the world. His work has erased many boundaries. A Ph.D. in medieval literature, he is widely considered one of the most influential writing teachers in the rough-and-tumble world of newspaper journalism. With a deep background in traditional media, his work has illuminated, on the Internet, the discussion of writing. He has gained fame by teaching writing to children, and he has nurtured Pulitzer Prize-winning writers such as Thomas French and Diana Sugg. He is a teacher who writes, and a writer who teaches. That combination gives his most recent book, Writing Tools, a special credibility.

More credibility comes from Clark's long service at The Poynter Institute. Clark has worked full-time at Poynter since 1979 as director of the writing center, dean of the faculty, senior scholar and vice president.

Clark was born in 1948 on the Lower East Side of New York City and raised on Long Island, where he attended Catholic schools. He graduated from Providence College in Rhode Island with a degree in English and earned a Ph.D. from the State University of New York at Stony Brook. In 1977 Clark was hired by the St. Petersburg Times to become one of America's first writing coaches. He worked with the American Society of Newspaper Editors to improve newspaper writing nationwide. Because of his work with ASNE, Clark was elected as a distinguished service member, a rare honor for a journalist who has never edited a newspaper.

Clark is the author or editor of 14 books on journalism and writing. These include Free to Write: A Journalist Teaches Young Writers; Coaching Writers: Editors and Reporters Working Together Across Media Platforms; America's Best Newspaper Writing; The Values and Craft of American Journalism; The Changing South of Gene Patterson: Journalism and Civil Rights, 1960–1968; and, most recently, Writing Tools: 50 Essential Strategies for Every Writer. 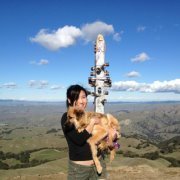 Rachel Matsuoka
185 reviews1 follower
April 18, 2013
This book provides great inspiration for journalists, and proves that straight news CAN be delivered artfully. Every single example was memorable and captivating. I'd re-visit this text again whenever I need inspiration.

M
22 reviews
November 14, 2011
One of my favorite journalist resources. I always feel better (and motivated!) when I read one of these stories.
Displaying 1 - 2 of 2 reviews