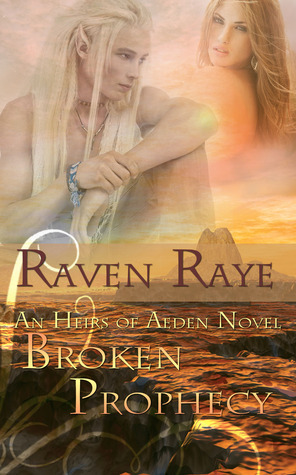 4.50
10 ratings7 reviews
Rate this book
Only Killian’s bloodline was created with the planet. No other can accept the Seal and no human can carry the seed to bear the Heirs of Aeden.

Killian, King of the Fey, is in love with Marcella Rowan, human and forbidden to his kind. An errant Angel, seeking revenge, awakens creatures thought long dead or mythological. Marcella’s life in danger and against the Divine Council’s orders, Killian saves her from death—by claiming her as his soulmate. As earthly and other-earthly creatures polarize toward good or evil, Marcella and Killian must survive the forces driving them apart. Only their love can unite the worlds of magick and mundane. Only their love can force their peoples to put aside bigotry, jealousy and fear to overcome the evil tearing the earth apart. Only the magick they make together can repopulate earth’s garden in Aeden.

4.50
10 ratings7 reviews
5 stars
7 (70%)
4 stars
1 (10%)
3 stars
2 (20%)
2 stars
0 (0%)
1 star
0 (0%)
Displaying 1 - 7 of 7 reviews
Rose Vanden Eynden
Author 6 books62 followers
December 26, 2012
Raven Raye is obviously a talented writer. Her debut, BROKEN PROPHECY, features intriguing characters and a meticulously constructed world where faeries, humans, angels, Divine beings, and assorted nightmare beasts all exist. For me, this was one of the problems of the novel as well as one of the driving forces. Although I wanted very much to keep reading to see what would happen (and to experience the delicious romance between the faerie Killian and the human Marcella), I found myself confused quite often over the course of events and the intricacies of all of these elements combined into one world. If you enjoy stories with many fantastical elements--or if you just enjoy a sexy romance--you will like BROKEN PROPHECY. I look forward to reading some more work from this new author.
InD'tale Magazine
8,357 reviews281 followers
August 16, 2014
The attraction between Killian and Marcella is believable and yet at times feels as though it is missing something. They swerve back and forth initially, failing to completely convince the reader of this incredible connection that will face all odds.

Felicia (Ferishia)
633 reviews37 followers
April 18, 2013
This was more of a fantasy mixed with the coming of the apocalypse for Earth and the Fae Realms. Not something I would normally pick read. I felt the storyline was a bit complicated, there was a lot of world building and there were quite a few characters to try and track.

I liked both Marcella and Killian. The chemistry did seem just a bit off, with Marcella, a human, not believing Killian, a royal Fae, wanted her because she was 'damaged'. Killian was unwavering in his belief that Marcella was his 'One', his soulmate. Mixed in with that is a plot by a crazy fallen Angel to take over the Fae and human realms to rule. There are a lot of mythological creatures that show up and in short it becomes chaos. And since this is the first in a series of books, it doesn't end here.

I was a little disturbed by all the acts of violence and deaths. It's ok to kill off of the evil doers and I'm ok with periphery characters that bite the dust. I have a bit of an issue with authors who kill off characters we've had a chance to know and like after many chapters. It kinda depresses me. This is suppose to be escapism. If you are planning to 'magically bring them back to life' then ok.

Since this is something I don't normally read, I had trouble deciding what to rate it. I decided that 3 stars is about right because it's not a bad read even with the violence, it's just not genre I'm into. But if you like fantasy and the apocalypse, you might want to give this a shot.

Susan
Author 16 books72 followers
September 30, 2013
Killian is King of the Fey. Maracella is human. They have no right to be together. In fact, it is forbidden. But when Maracella is in danger, Killian rides to her rescue. The resulting story brings out the best of fantasy, romance, and suspense. Don't miss this beautifully constructed tale of star-crossed lovers set amidst an intriguing world of the writer's imagination. I look forward to the next in this series
Virginia Boylan
360 reviews9 followers
December 10, 2013
I loved this book. It has a fascinating story with a great heroine and a hero I could identify with, even though he's not human. Though the story is complicated, it is told so well that I could keep track of all the details and everything made sense--as long as one accepts the mythical beings. It kept me fascinated through the end and eagerly looking forward to more.

http://www.indtale.com/reviews/broken...
Meghan Blackbourn
31 reviews
December 18, 2012
Amazing book! Couldn't put it down so be sure you have an entire day set aside to read this because it's incredibly difficult to put it away and work on something else.
Displaying 1 - 7 of 7 reviews