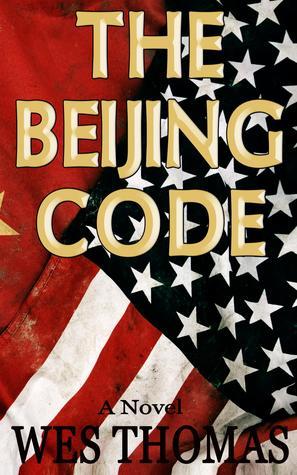 3.50
6 ratings3 reviews
Rate this book
As Rachel Watson begins to unravel the secrets of The Beijing Code, she is thrown into a world of international conspiracy and political intrigue. Rachel, a beautiful computer engineer, was hired by Stewart Networks to develop an interface between two computer systems in Beijing. In building the interface, Rachel uncovers a secret computer code written in a long forgotten language. She begins the search to find a purpose for the code and who created it. Teaming with Mark Slater, a CIA operative working in China, she comes face to face with the man who ordered the murder of her only information source for the code. Once she breaks open the conspiracy, it's a race to expose it before the Chinese Secret Service can silence her. There are no secrets, be careful what you say.

A.J.
303 reviews4 followers
November 9, 2017
THE BEIJING CODE is fast-paced, realistic, believable and thought-provoking. It's also a fun read that you won't want to put down, and will leave you wondering, "how much of that is true?" It takes a good author to hold my interest, and Wes Thomas did it. This new author is now one of my favorites. I'll be waiting for more novels from Wes Thomas!

(This is a copy of my review posted on Amazon.com on June 22, 2016.)
Daniel
3 reviews
August 2, 2022
This was a formulaic slog and a third of the way through it joined the small and exclusive group of books I gave up on.
Mike Walker
43 reviews6 followers
November 17, 2017
The Beijing Code by Wes Thomas is one of those books that makes you think, "Does this type of stuff really happen?" The book follows American Rachel Watson, a brilliant computer engineer, as she is sent to Beijing to build a interface for the world's largest telecommunications company. The interface is supposed to help two of the biggest networks in Beijing communicate. She soon discovers a 30 year old computer code interlaced in the networks programming and realizes there are more than two parties communicating on this network. Her discovery lands her in hot water and wanted by the government of the People's Republic of China. Only the help of Mark Slater, a covert CIA agent, will help her uncover this espionage conspiracy and escape alive.

The Beijing Code starts slow but picks up very quickly. If you aren't up to date on computer terminology, you might be slightly lost, but you should still make it through ok and still enjoy the book.

In compliance with FTC guidelines, I received the book for free through Goodreads First Reads.