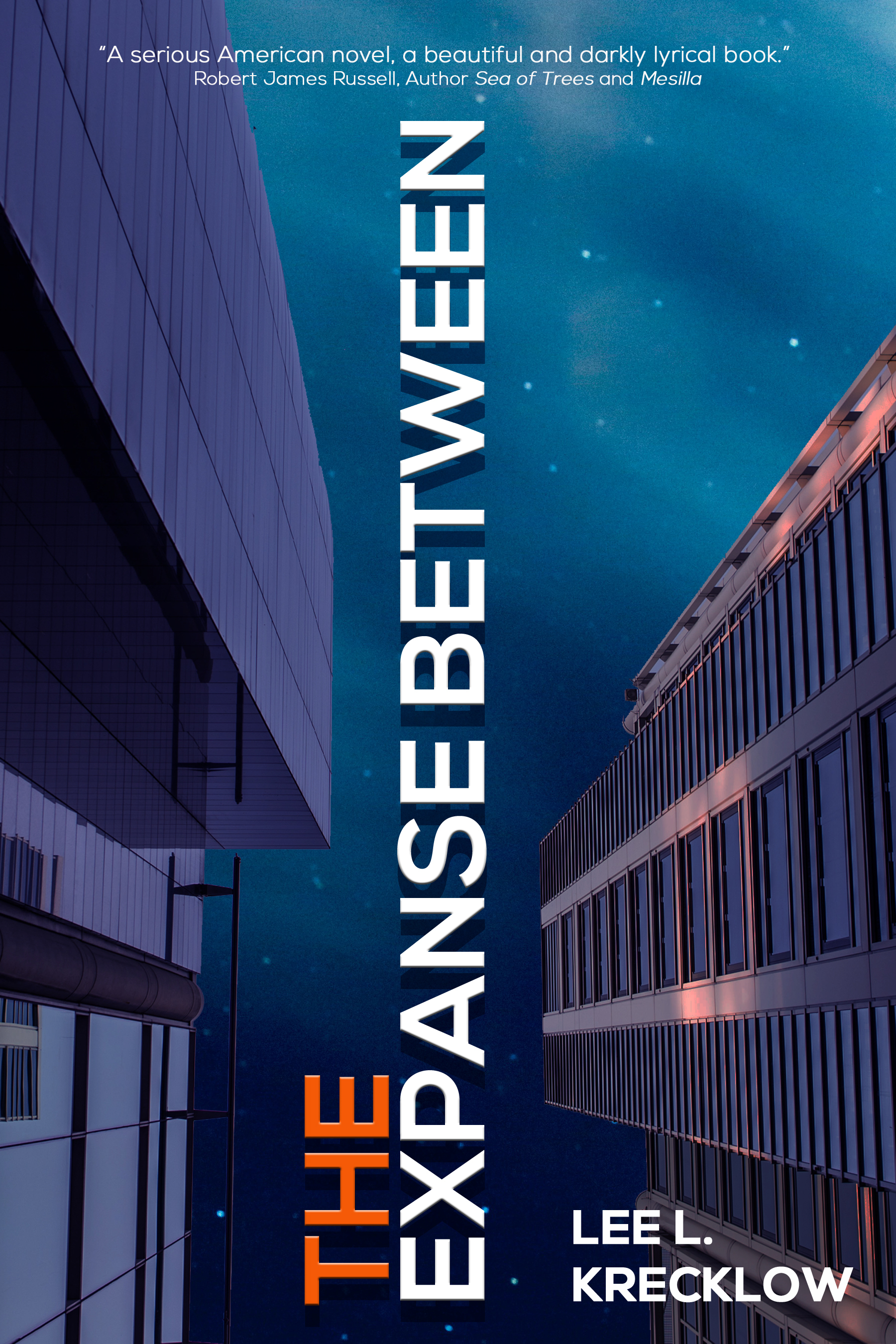 4.13
23 ratings8 reviews
Rate this book
When former writer and social recluse Thomas Stone witnesses through his window a violent fight between his neighbor and her boyfriend, the scene ignites memories that, years earlier, inspired his only celebrated novel. Revitalized, he writes what he witnessed and, for weeks after, watches his neighbor ceaselessly, secretly following her when she leaves her home, using her to inform his “fictional” character. But when contact with her is threatened, Thomas panics and begins pulling any strings he can to propel his story—his creation—toward his desired conclusion.

Telling its story from three perspectives, The Expanse Between braids lives into a twisted rope of deception, exploitation, and retribution.

5 books5 followers
Lee L. Krecklow is the author of the novel "The Expanse Between" (2017, Winter Goose Publishing). He won the 2016 storySouth Million Writers Award for his story "The Son of Summer and Eli." His other shorts have recently appeared in Eclectica, Oxford Magazine, Gravel, Midwestern Gothic, and Storychord. Before turning his attention to literature, he earned a bachelor's degree in film studies, and produced and directed two short films.

A reminder that men can be dangerous animals, everyone's got an agenda, and dude, always close your curtains over.

Thea Maeve
51 reviews6 followers
June 25, 2017
I've never read a voyeur novel before and so this was all a new experience to me. The Expanse Between is a dark tale that questions the habit of writers to write fictionalized stories about real people (with just changing their name.) The characters are convincing in their roles and Krecklow captures a descent into madness in each of them that makes the book worthwhile. It is a promising debut novel that deserves measurable success and makes me excited about what else Krecklow has in store in the future.
Craig Andera
3 reviews
October 24, 2012
Written by a friend of my sister, and passed along to me to see what I thought. I figured that it would be the usual, amateurish thing. Wow - I was way wrong. Read this when it gets published - it's got an excellent, sort of unsettling, sort of film noir tone that leaves you guessing as to not only what will happen next, but even as to what sort of book it is.

As I explained to the author, the reason I didn't give it five stars is that it left me sufficiently unsure of what to think of it that I can't say I loved it, simply because I can't be entirely sure how it made me feel. That's a good thing: it was complex enough that even sitting here like a week later I can't pin down my impression of the book, other than that I'm glad I read it.

It was definitely a welcome departure from my usual sci-fi/fantasy staples. Check it out if you can and give an excellent emerging author a boost!

Jason Makansi
Author 17 books9 followers
October 22, 2017
My first reaction when I read a novel or short story, especially by an emerging or unknown author, with a writer as main character, is to cringe. It tends to be a sign of immaturity and lack of imagination. I quickly move on. That said, some of the best and most well known authors artfully weave in a writer character, and writing as a pursuit, into their stories.

Krecklow's main character in his novel, The Expanse Between, Thomas Stone, is an example that is, astonishingly, towards the expert end of that spectrum. The novel is a fresh take on what it means for a writer to create fiction from elements of real life. The layers of "reality" in The Expanse Between remind me of standing in front of those three-way mirrors at a clothing store. Layers of fiction reflecting reality and vice versa deepen as the story unfolds.

The washed up writer Stone, from his apartment, spies on a woman, Karen (her real name)/Alexa (Stone's name for her), in her apartment, and brings her story to life in his latest novel titled, wouldn't you know, The Expanse Between. To round out the deception, intrigue, and suspense, he weaponizes Greg, a hapless, down on his luck guy, to approach Karen at a bar, chat her up and report back to him, but, and this was probably too obvious, an intimate relationship develops between the two. Both of them are dealing with severe relationship issues in their own right. Greg is a washed up artist but he has at least one work left in him that becomes the cover for the novel.

Like the best stories, this one kept me turning pages, notably without getting bogged down. There's plenty of suspense and intrigue but it never feels gratuitous or artificial. The climax scene, violent but not overly so, could have been more drawn out; it felt rushed, like it had to all fit in one paragraph. The only other critique, which I freely admit probably will get accolades from most other writers and readers, is that early in, I felt like the novel wanted to be a movie. I couldn't help but think of that Brian DePalma flick, Body Double, or even Hitchcock's Vertigo. I prefer my literary fiction stories to "feel" like books first, movies second.

Perhaps what Krecklow reveals best is the often-tortured inner workings of the mind of a serious writer of fiction, buried thoughts, emotions, conflicts, and contradictions about story, artistic intent, personal experiences, accolades, and notoriety authors are loath to admit even to themselves.

There are very few emerging novelists and their first or early novels, self-published or through small presses, to which I have ever delivered a 4-star review. Lee Krecklow earns one for The Expanse Between.
Michael Van Kerckhove
151 reviews5 followers
December 29, 2020
A nice way to end my 2020 reading (finally getting to Lee's book!), especially as I peer into 2021 as a writer emerging from the ashes of 2020 thinking about what inspires and obsesses me.

I did have a hard time, to be honest, dealing with Thomas's behavior. So many moments of, "Dude...!" But like I've said, reading/experiencing anything right now in the shadow of All This is going to be affected. Maybe there are too many outside forces (plagues, people, etc.) affecting and manipulating our lives right now. So ya know, stressful. Even if a part of me understands where he's coming from.

Theresa
17 reviews1 follower
February 12, 2018
Krecklow's debut novel takes us into the maze of a twisted mind bent on manipulating his targets. This is a dark thriller which cleverly weaves together the lives of its characters. This book slowly draws you in as the characters' relationships become more and more complicated and connected. A really good read, especially for those who love a thriller.
Jon
12 reviews
June 7, 2018
A 3.7 rounded up. I like the concept behind this book and thought the prose was beautiful. All the characters felt real and fleshed out except for Mark. His involvement in the final act left me feeling unsatisfied with the ending, like it didn’t tie in with the theme of the book and was just the to provide an ending.
Ben
Author 38 books242 followers
Read
March 9, 2021
Thinking about mood.
Displaying 1 - 8 of 8 reviews