26 books63 followers
Phanishwar Nath 'Renu' (4 March 1921 – 11 April 1977) was one of the most successful and influential writers of modern Hindi literature in the post-Premchand era. He is the author of Maila Anchal, which after Premchand's Godaan, is regarded as the most significant Hindi novel.

The folk songs in between adds flavor in the happenings of the village. After a few pages, I started feeling that I am an insider and experiencing the events first hand.

Nikunj Bharti
34 reviews1 follower
August 7, 2017
The books language is its style-its story telling. Speaking language. It is full of slangs used by people of Mithila area of Bihar.
Apart from it, entire life of human being is captured in it. A complete book. A Hindi Classic.
Ravi Prakash
Author 38 books62 followers
December 15, 2017
पंचलाइट और तीसरी कसम अर्थात मारे गए गुलफाम पढ़ने के बाद रेणू जी को और पढ़ने की चाहत बलवती होती गयी। यह उपन्यास रेणू जी द्वारा लिखा गया मास्टरपीस है। पढ़ने के बाद कोई भी बिना अभिभूत हुए नही रह सकता।
Nilambuj Saroj
8 reviews1 follower
May 24, 2020
हिंदी के सर्वश्रेष्ठ उपन्यासों में से एक
Prabhat sharma
1,361 reviews4 followers
June 6, 2021
Maila Anchal by Phanishwar nath Renu- Hindi Novel- Year of publication – 1954 In Hindi first social novel is Godan by Munshi Prem Chand published in 1936, Second trend setting novel is Maila Anchal. After Premchand’s Godan, Maila Aanchal is regarded as the most significant novel in the Hindi literature tradition. Written in 1954 by Phanishwar Nath Renu, this novel immediately established him as a serious writer in Hindi Literature. The novel is set in the village of Maryganj, Purnea district of Bihar State. Maryganj is on the banks of river Kamala. The novel tells us about the lives of the villagers during the trying times between 1946-48 which saw the Indian independence, partition, assassination of Gandhi and abolition of the land-tenure system. It is the story of Medical doctor named Dr Prashant Banerjee who settles in Maryganj to serve the poor and needy patients from illness. Dr Prashant writes letters to his friend Dr Mamta that though people are poor but they are simple and kind. Kamli daughter of Vishwanath Prasad is a simple girl who is ill. She is treated by Dr Prashant and she recovers. Other characters are Kalicharan, Shiv Shankar Singh, Hargauri singh, Ramanuj who help forward the narrative. Renu gives us a balanced narrative of the social, political and romantic lives of his characters through humorous conversations full of linguistic and colloquial richness. He successfully describes the hierarchy of the caste system and the problems caused by the zamindari system. Known as the first ‘regional’ novel, the story reflects true local characteristics in its characters and descriptions, giving light to regional dialects, idiosyncrasies, colloquialism, folklores and superstitions. Interestingly, the novel also has the reference of a young doctor who took care of the masses at that time. Author has radically shifted the stereotypically prevalent narrative of the Indian villages as rigid and unchanging to a gentler, sensitive and detailed representation with rapid changes towards a modern era. Novel is based on ownership and possession of agricultural land by Zamindars. In Maryganj, ten elders are educated, 15 young men have been educated. Agricultural land is owned by Vishwanath Prasad Malik (he is Tehsildar also), Ramkirpal Singh, Khelawan Yadav. Tehsildar and his compatriots play foul with people. After independence, Vishwanath Prasad leaves Tehsildarship and joins Congress Party. Santhals are tribals and other poor work as agricultural labourers at their farms. The year is 1946, Baldev, Bawan Das, Chunni Gosain etc join Swaraj movement and bring awakening about political rights of people. Soon after independence, the same people become corrupt. Because of shortage of food items, these are rationed. Hindu temple Larasinghdas, Naga Baba, Ramdas become owners of temples and attached lands. They are people with loose character and with women Lakshmi, Rampiyaria and others they keep them as their kept women. Socialist Party leaders bring the corruption of Congress leaders to light. The novel is the story of slowly changing young India. It is a classic novel for all to read. 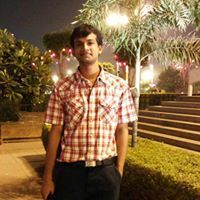 Manish Patel
23 reviews
March 12, 2022
I would consider is as one of the masterpieces of Indian Hindi literature.
This novel has all sorts of flavors- from simplicity to cunningess, from charismatic beauty to brazen ugliness, from grave injustice to solemn righteousness. Nothing is left out.
Based on the lives of people who lived in a small village in Bihar from 1945 to 1948, it describes their trials and tribulations. Though it uses a lot of regional dialect and sometimes appears hard to understand, it is definitely worth reading.
I always wondered why it has been named Maila Aanchal. Now that I recall, I think the term has been used several times over the course of the book and referred to various points in women's life like Lakshmi, Kamli and mother India. But I think the main reference was towards India which has been considered as mother and whose aanchal(decorative part of saree that is kept either over the head or hanging over the shoulder), has been spoiled because of actions of certain people in this society. These people were there before, are present now and will continue to exist in near future too. Despite them, the author wishes(by taking reference of character who is MBBS doctor) that it is worth living our lives to help clean this Aanchal of mother India.
Himanshu Pandey
37 reviews
January 9, 2022
रेणु जी की इस रचना के बारे में क्या ही लिखा जाए....! 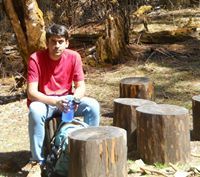 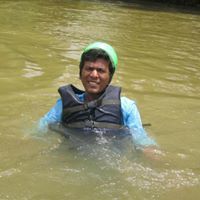 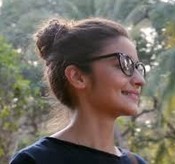