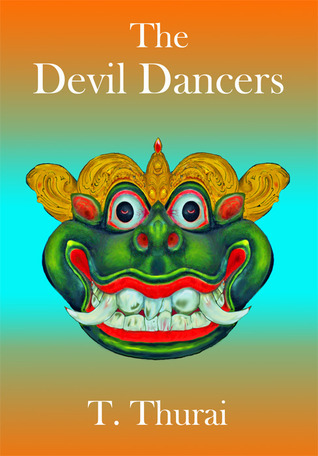 Following Independence from the British, Ceylon's future looks bright. A new prime minister is creating a modern nation. But his legacy is an unexpected one. The deals that brought him to power turn into a time-bomb and the country is contorted by bloody race riots.

A widening rift divides Tamils and Sinhalese destroying communities. Neighbour turns on neighbour. As the terror increases, many lives are transformed:
- Brilliant but naïve, Arjun is banished to a backwater where he falls hopelessly in love with Neleni, a married woman. But her rival also plans to ensnare him;
- Murder and a flight from deadly pursuers introduce Asoka, a former monk and revolutionary, to Sriya. She offers him redemption, but Asoka is haunted by the past;
- Sergeant Gunasekera's only diversion is crime thrillers - until he is forced to take responsibility for a group of refugees;
- Ella, the maid, steals her ride to work on a commuter train. But she embarks on a different journey after her village is attacked by rioters;
- Leela has all that money can buy until her husband is killed. Then, faced with bankruptcy, she strikes an unholy pact with her former lover;
- Prime Minister Bandaranaike owes his election to a powerful Buddhist abbot. But there is a high price to pay.

In this atmosphere of violence and uncertainty, relationships fracture and families fragment reflecting the wider political turmoil. Yet, weaving its way through the mayhem is a single, twisted thread: the story of Neleni and Arjun.

4.73
22 ratings6 reviews
5 stars
17 (77%)
4 stars
4 (18%)
3 stars
1 (4%)
2 stars
0 (0%)
1 star
0 (0%)
Displaying 1 - 6 of 6 reviews
Susan Pope
Author 7 books4 followers
March 18, 2018
This book is one of the best historical fiction books I have ever read. I can only recommend others to try it. At 800+ pages it seemed a daunting read but the story is magical. Once I began I couldn't put it down. The author's close characterisation makes you feel every emotion and be there for every action. It will stay with me for a long time. I also write historical fiction but this lady is the master when it comes to story, style, language and every aspect of good fiction writing. T. Thurai's Devil Dancers should, I feel, be placed at the top of the tree for best books ever written.
Sarah Sturt
1 review1 follower
January 3, 2013
Truda Thurai’s first novel, The Devil Dancers, is an extraordinary debut for this exciting new Kentish writer. Taking nine years to write, Truda’s immersion into 1950’s Ceylon has resulted in an epic historical novel that is as enthralling as its tastes, smells and colours are authentic. With a bitter love story at its heart, wrapped up in layers of political upheaval, warring communities and an unexpected fantasy element, The Devil Dancers will resonate in your mind for years to come.

The paperback is currently being launched in Sri Lanka. It is now available at Sarasavi Bookshops in Nugegoda, Sri Lanka and featured on their stand at the Colombo Book Fair 2013.

In his review of the book, Professor Perera says: “To produce a novel that includes personalities from recent history is a perilous exercise that has been the nadir of some famous writers. R.K. Narayan’s Waiting for Mahatma, for instance, is regarded as a failure by some because Mahatma Gandhi appears as a character and readers often contrast the well documented actions and mannerisms of Gandhi with his representative in the novel.

“How much more fraught would it be, then, for a writer to not only characterize in fiction politicians like S.W.R.D. Bandaranaike whose political machinations are still remembered by senior citizens of Sri Lanka but also to intersperse “real” historical incidents with imagined events, have demons interact with humans, and to bring to life the women depicted in the Sigiriya frescoes and have them engage in chat with each other and king Kasyapa?

“T. Thurai takes such enormous risks with her monster of a novel and yet emerges with one that has captured the turbulent times of Bandaranaike’s premiership like few others.

“In The Devil Dancers, the political and the personal are interwoven seamlessly. In the initial sections, however, politics is very much an undertone. A love triangle is the fulcrum of the novel and its delineation effectively pre-empts those critics who may try to read this as a pot-boiler. Thurai shows consummate skill in examining the motivations of individual characters and their interactions with others.

“Thurai has captured a turbulent epoch in Sri Lanka’s history, an epoch that changed the dynamics in the island, especially those between the Sinhala and Tamil communities, with verve, compassion, and in considerable detail.

“The Devil Dancers requires a patient reader—the 820 page work is not one that can be completed in one sitting. However, this absorbing narrative will transform the patient reader into an informed reader on a momentous period in the history of the island nation.”

Dr Perera is Senior Professor in English at the University of Peradeniya. He is the recipient of several Commonwealth and Fulbright awards and has served as Chair of the Commonwealth Writers Prize (Eurasia).

Having served on the inaugural Advisory Committee of the DSC Prize for South Asian Literature, Professor Perera now serves on the Gratiaen Trust which administers the Gratiaen Prize instituted by Michael Ondaatje to promote English creative writing in Sri Lanka.
Rohan Thuraisingham
9 reviews
October 4, 2012
Loved it.
Displaying 1 - 6 of 6 reviews