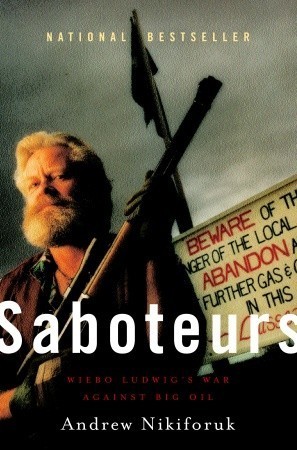 Hostilities began with nails on the roads, sabotaged well sites, and road blockades. They culminated in death threats, shootings, and bombings. The Mounties recruited a Ludwig acolyte as an informant, and in an attempt to establish the man’s credibility the RCMP itself blew up an equipment shack at a well site.

Ludwig was eventually charged with 19 different counts of mischief, vandalism and possession of explosives and later convicted on five charges.
While he was out on bail, joyriding teenagers went to Trickle Creek at four o'clock one morning. Someone fired at one of the pickups, killing 16-year-old Karman Willis. Despite a lengthy investigation, the RCMP has not laid charges.

This is a taut, careful work of nonfiction that reads like a thriller and raises unsettling questions about individual rights, corporate power, police methods, and government accountability. The reader comes to question whether Wiebo Ludwig can be dismissed as a zealot. And to ask: What would I have done in his shoes?


From the Hardcover edition.

14 books27 followers
Andrew Nikiforuk is a leading investigative journalist who has written about education, economics, and the environment for the past two decades. His work has appeared in a variety of Canadian publications including The Walrus, Maclean's, Canadian Business, Report on Business, Chatelaine, Georgia Straight, Equinox and Harrowsmith.

He is the author of the critically acclaimed Empire of the Beetle and the bestseller Tar Sands, which won the Rachel Carson Environment Book Award. His book Saboteurs: Wiebo Ludwig’s War against Oil was the winner of the Governor General’s Literary Award for Non-Fiction. His other books include Pandemonium and The Fourth Horseman: A Short History of Plagues, Scourges and Emerging Viruses. His journalism has won seven National Magazine Awards and top honours for investigative writing from the Association of Canadian Journalists.

Nikiforuk lives with his family in Calgary, Alberta. Whether speaking or writing about melting glaciers, peak oil, the destruction of the boreal forest, or bark beetle outbreaks, Nikiforuk has earned a reputation as an honest and provocative voice in Canadian journalism.

Analee Pillipow
3 reviews
May 8, 2020
This book might not be my typical genre for reading but was very intriguing. Wiebo and his world is close to me but also so far away. Overall this book was well written and very readable, glad to have gleaned some insight into Wiebo and his family.
Eric
332 reviews
April 1, 2017
Seemed like a fairly fair analysis of all the people and groups involved. Enjoyable read and a bit of an eye opener as to how much people, at least a few years ago, in rural alberta are upset with oil and gas. I would definitely do a lot of research as to where I was moving in a rural area after this book.

FMLDNR
268 reviews1 follower
September 10, 2019
even if one does not agree with his views, still a very interesting book. 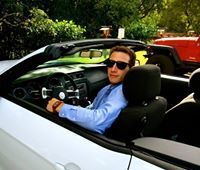 Matt Weeks
16 reviews1 follower
February 18, 2022
One of those narratives that grips you until the sun rises.
Audrey
1,363 reviews71 followers
April 6, 2013
This book was of interest to me because the Peace Country is my old stamping grounds. I grew up hearing about Wiebo Ludwig, saw him and his family both in Grande Prarie and Dawson Creek. I was determined to finish this book even if it was mundane at time; politics and violence isn't really my cup of tea. Still I enjoyed the action and I found the book to be informative. It gave me something to think about both sides of the big oil issue.I'd recommend this book to anyone interested in Canadian current events/ history.
Ryan Hartman
206 reviews3 followers
March 24, 2017
Everyone good has some bad in them, just like everyone bad has some good in them; Weibo Ludwig—the protagonist of Saboteurs—went to the extreme ends of the spectrum. There were pages where I wanted to quit my job and go looking for someone like Weibo to follow, but for most of the book I just wished someone would smack him in his smug face. He was someone who took matters into his own hands and made things happen, but his personal beliefs and the way he treated people were extremely disturbing.
Ludwig was a religious man whose dream was to buy a bunch of land in Alberta and start a self-sufficient community with his wife and another family. Sounds like a noble idea, until you start hearing about his beliefs and behavior. For example, he would ridicule men whose wives had jobs outside of the house or who spoke up. At one point, he and a couple of his followers relentlessly badgered a local friend whose wife mentioned her ex-husband in front of her current husband. He believed that “women should follow men as men follow Christ.” Other examples of his misogyny, anti-Semitism, and overall intolerance appear throughout the book.
Because of his obvious disgusting behavior and beliefs it would be easy to write him off completely. But there's an interesting side to his story that we can learn from. When oil companies moved into his little town—and even tried to install a pipeline on his property (the government of Alberta sold the mineral rights of the entire province to oil companies)—he got down to business. For almost a decade he and his band of ever-growing followers committed more sabotage than I previously thought possible: They blew up wells, drilled holes in pipelines, encased wellheads in cement, fired rounds through the offices of oil execs, and at one point even briefly kidnapped an oil worker. He never backed down from these actions, at one point telling the media, “You've heard of sandpipers and woodpeckers. Well, we spotted a pipepecker up here. It has a carbon pecker and moves along pipeline rights-of-way.”
The author does an amazing job of telling the story of this troubled man, making the 267-page book a breeze to read. He did a tremendous amount of research to write this book, and it showed. The book was problematic in that it uses the word rape to describe the destruction of the Earth on over a dozen occassions, the word eco-terrorism is adopted by the author without questioning how it's being used, and—most importantly—when briefly bringing up the Earth First! movement, he forgets the exclamation point. If you can get past those things and Weibo's misogynistic behavior, this book should be read by anyone who wants to sab some shit, but needs a little push.
Displaying 1 - 7 of 7 reviews