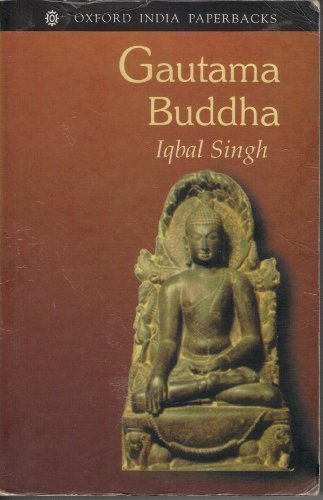 3.89
9 ratings1 review
Rate this book
For the past two thousand years and more, the figure of Gautama, the Buddha, has attracted hagiographers and legend-makers whose writings have, for the most part, left readers with a sense of dissatisfaction and frustration. At the same time, there has been a flood of arcane scholarship on
particular aspects of the Buddha's life, times, and teaching which has left the discriminating reader unmoved. This biography, written with rare elegance, delicacy, and verve will serve as a breath of fresh air.

3.89
9 ratings1 review
5 stars
3 (33%)
4 stars
4 (44%)
3 stars
1 (11%)
2 stars
0 (0%)
1 star
1 (11%)
Displaying 1 of 1 review
Shelley Schanfield
Author 2 books31 followers
July 10, 2016
The first biography of the Buddha that I read was this one, written in 1937 but reprinted in 1994. It has a rather charming, post-Edwardian tone. Singh (1912-2001), an Indian journalist, portrays the Buddha and his era with elegant charm. According to this account (as well as Karen Armstrong's Buddha, discussed elsewhere), Siddhartha Gautama was not the prince of legend, but the son of an elected leader of a clan. The Buddha's time and place was actually a transition period from independent republics based on clans to the kingdoms with hereditary rulers that appear in Buddhist legends. It makes Siddhartha's renunciation of his privileged position and his rejection of his era's Vedic religion no less powerful. The Vedas, very ancient religious codes that were passed down orally for at least a thousand years before the Buddha's time, contained the hymns and rituals that the Brahmin or priestly caste controlled. Not only Siddhartha but many others rebelled against Vedic orthodoxy. Singh gives a good overview of the competing philosophies.