Goodreads helps you keep track of books you want to read.
Start by marking “(Dyslexic Dick): True Adventures of My World (Volume, #1)” as Want to Read: 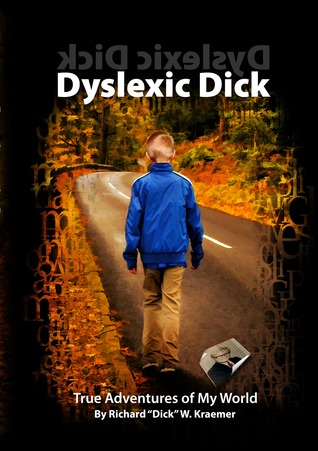 We’d love your help. Let us know what’s wrong with this preview of (Dyslexic Dick) by Richard Dick W. Kraemer.

I first discovered that I had dyslexia when I was 44 years old. At the time, I reached the peak of my career as a Director of Production in information technology for the fixed income service bureau, a division of ADP Automatic Data Processing Inc. My mother was dying of cancer and I was helping her put her affairs in order before her agonizing death. She ha About The Book

I first discovered that I had dyslexia when I was 44 years old. At the time, I reached the peak of my career as a Director of Production in information technology for the fixed income service bureau, a division of ADP Automatic Data Processing Inc. My mother was dying of cancer and I was helping her put her affairs in order before her agonizing death. She had pulled out a box that she had hidden away for years, and handed me a big folded piece of vanilla crepe paper. I open the paper to reveal my first kindergarten attempt at spelling my full name, and that almost every letter was painted in the reverse image. Shocked at what I had discovered, I looked at her and asked, "I'm Dyslexic?" My mother acknowledged, and told me that she and my father had learned of my dyslexia when I was 13 years old. She continued to explain how my parents decided to keep it a secret from me and everyone else they could. My parents thought I would grow out of it. Blinded with anger of what I learned, knowing that I had certainly not grown out of my dyslexia. My life shot before my eyes, of all the difficulties I had even to this day due to dyslexia. Later that evening at home I had sworn my wife to secrecy, had a few drinks, and decided to bury this family secret forever. After 10 years of concealment of my learning disability, I had done an in depth research on dyslexia. I discovered that 1 out of 5 Americans have a reading and writing disability in which 70% are dyslexic that is about 43 million people. In addition, because of the social effects of growing up as a perceived illiterate through learned behavior, a dyslexic's personality becomes defensive by hiding the disability. Some of the personality traits of a dyslexic are isolation, only 25% are married or in a long-term relationship. They are masters of deception when it comes to concealing their disability.

Because dyslexics feel inadequate personally and socially, there is a very high rate of long-term depression, drug and/or alcohol abuse. During my research I had this Big Ah-Ha moment, these were all the personality traits I had experienced, although I went through life thinking that I suffered from a bad case of stupidity. But, now this problem has a name-Dyslexia. Then for the first time I took a trip down memory lane to my childhood, and began to write. I never wanted to go back there before, because I didn't want to remember those days. When I started writing, I couldn't stop. Once I finished writing I realized that I had lived a pretty crazy childhood, filled with many funny, suspenseful and emotional stories. So strap on your seatbelts and keep your hands inside the window. This is your wild ride of Dyslexic Dick, True Adventures of My World.

To ask other readers questions about (Dyslexic Dick), please sign up.

Be the first to ask a question about (Dyslexic Dick)

Start your review of (Dyslexic Dick): True Adventures of My World (Volume, #1)

Interesting and sad how his parents hid the fact he had dyslexia from him. He spent so much time struggling and then to find out , in his 40s, that he could've received help...? I'd be really frustrated! But what a great book for folks with dyslexia...

I won this book thru the Good Reads Giveaway!! THANKS SO MUCH!!

May 17, 2014 Crystal rated it really liked it
Shelves: first-reads
I received this book through Goodreads First Reads...a review was encouraged, but not required...my rating is a true representation of how i feel for this book...

The book itself was pretty great. Funny, touching, interesting stories that I truly enjoyed. I grew up in the 90s and was still able to relate to Kraemer's experiences throughout the book. Kraemer presented h I received this book through Goodreads First Reads...a review was encouraged, but not required...my rating is a true representation of how i feel for this book...

The book itself was pretty great. Funny, touching, interesting stories that I truly enjoyed. I grew up in the 90s and was still able to relate to Kraemer's experiences throughout the book. Kraemer presented his life in wonderful detail that painted wonderful (and scary, crazy, beautiful...) images in my mind. But, the editing was so bad that at times I thought it must have been intentional. I know that Kraemer is dyslexic, and I could not help but wonder if the editors left some errors in there to keep the book feeling like it was written by a dyslexic person. ...more

Jul 06, 2012 Richard Dick Kraemer added it  ·  (Review from the author)
What did others say about
Dyslexic Dick – True Adventures of My World ?

I laughed out loud!
I enjoyed Richard's stories. I laughed out loud so many times! I was so impressed given this was his first book. My 16 year old read it and is doing a book report on this for her English class. I recommended it to my mother and she enjoyed it. Its a rare book that speaks to 3 gener What did others say about
Dyslexic Dick – True Adventures of My World ?

A Must Read!
Rich's book was a great read. I read it in one day. I could not put it down because ...what was going to happen next. It was laugh out loud funny. My wife wants to read it next. Brought back many memories of growing up and growing up dyslexic. His sense of humor about how he grew up with his challenge is great. A great read. Can't wait for his next book!


"We finished the book... bittersweet.... we laughed, we cried, we pondered... awaiting volume II. Sure would be a great mini series. "

Jun 10, 2014 Ann Valdez rated it did not like it
Dick relates some of his early life experiences following his life until the time he joins the marines. Do not think this book contains a great deal about his learning difficulties with dyslexia, because it deals more with situations such as being teased about his name, joining the scouts, having teen experiences such as smoking, drinking, and dating. The "f" word appears often including his mother saying it. It is what he experienced, but honestly the book did not appeal to me.

May 17, 2014 Judith rated it did not like it
I just can't bring myself to finish this book. While I find parts mildly amusing, I am driven crazy by all the spelling and grammar errors. Sorry! I know this was a first effort and that the author has continued to write, I just hope he has started to use a professional proof reader and a professioal editor. I do see some promise, but it is in a very raw form.

Sep 18, 2014 James Andersen rated it liked it
Very funny book, and one worth the read for anyone with a heart for dyslexia.

May 17, 2014 Jane rated it really liked it
Just received my copy in the mail this evening! I am the Lucky Winner of First Reads. Looking forward to writing a review when I have finished

Shaibyavittal is currently reading it
Aug 22, 2012

Jrocksbhotmail.com is currently reading it
Oct 29, 2012

As I grew up at the time as an unknown dyslexic, struggling to keep up with my fellow classmates academically, I slowly became socially isolated, and ashamed of myself. When I was 13, my parents had finally discovered through psychological testing that I was dyslexic. They had three choices. First, send me away to a special school for dyslexic children, which was out of reach financially for a one-paycheck family with five children. Second, enroll me in special education in my school district, which had severally mentally disabled children, in which I would be taught how to iron, cook, break change of a dollar, and basic human hygiene. At the time, I had already mastered those life skills. Third, main stream my education with the rest of children with no special accommodation, and with hard work maybe graduate high school. My psychologist like some others in his profession, even to this day, suggested the 3rd option. My parents followed the psychologist advice, and also decided not to tell me or anyone else about my dyslexia. My parents thought that I would use the disability as an excuse and it would hold me back from my highest academic potential.

Now in my mid-50’s, I consider myself a successful family man. I was a United States Marine Corps Vietnam Era veteran. I joined the Amalgamated Lithographers of America in 1979, where I worked as a printer. In 1989, I earned my A.A.S. degree in Business Management at Orange County Community College. I pursued a career in information systems in many Fortune 500 companies, working my way up from computer operator to the position of Director of Production for Automatic Data Processing Inc. in 1998. In 2003, I changed my career to become a top selling real estate agent for some of the largest firms in upstate New York. I live in Warwick, New York, with my wife of 36 years and daughter.

Yes, you might say, “Hey, you had dyslexia, had no special accommodations for your learning disability, you’re a successful guy and your life turned out just fine.” You’re right, if you were to summarize my life accomplishments in a paragraph. However, how I achieved those accomplishments was, by no stretch of the imagination, easy for me. In my first book, Dyslexic Dick – True Adventures of My World, I tell of all the crazy things I had gotten myself into, the social and personality effects of dyslexia. In short, if I had a child with dyslexia in today’s day and age, I would look for educational accommodations to help my child succeed in life. Because if you don’t, you could be unleashing on to the world a social outcast, career criminal, a drunk, drug addict, a loner, someone who is continuously unemployed, or they might become a successful citizen like me. Yes, there is strong psychological evidence that suggest dyslexics have a very high rate of all of these counter-social traits, and that only 25% of dyslexics end up like me. In fact, it will become very apparent in my next book, Dick becomes all of those anti-social things above, until he meets the love of his life, even then some of those traits still don’t go away.

After writing my first book, I wanted readers to take away from the story that a dyslexic child should not have to grow up and be denied an appropriate public education.

(The author full bio at http://dyslexicdick.com/) 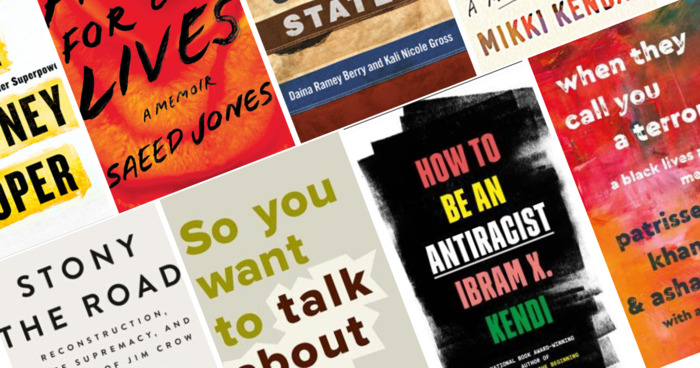 An Anti-Racist Reading List: 20 Highly Rated Nonfiction Books by Black Authors
There are many ways to take action against racism. Reading in order to learn more about oppression and how to oppose it is just one of those ways...
Read more...
447 likes · 269 comments