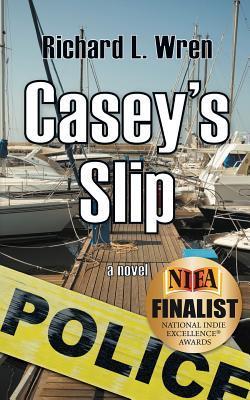 3.85
26 ratings3 reviews
Rate this book
Sailing, motorcycle gangs, kidnapping, blackmail, arson. What more could you want for pleasurable reading?--- OAKLAND MAGAZINE, January 2012.A breezy, enjoyable time killer. The twists and turns as they unravel the mystery makes it a worthwhile read.---PACIFIC BOOK REVIEW, January 2012.CASEY, a young self described sailboat delivery boat bum, is unexpectedly charged with a murder. Trying to prove his innocence he gets entangled with crooked cops, motorcycle gangs, murderers and kidnappers., 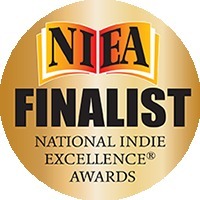 12 books22 followers
Can you start a writing and publishing career at any age? Even in your 80s?

You bet! Richard L. Wren did it!

A fourth generation Californian and Oakland resident for over 80 years–though recently moved to Lafayette, CA, novelist Richard L. Wren took a leap late in life, publishing his first mystery novel at age 84: CASEY’S SLIP (Poor Richard Publishers, 2010), available from Amazon.com, through your favorite bookstore, and as an ebook. Wren is currently working on a sequel.

The latest, published in January 2016 on his 90th birthday, is MURDER MADE LEGAL: A Casey Alton Mystery (Poor Richard Publishers).

For those wanting to publish their own work, Wren has composed a short booklet of some of the most practical advice (in a short form) you can find anywhere for writing and publishing a novel — also applicable to non-fiction books. Based on what he learned after extensive research and practical experience,he produced a booklet which is now in its third incarnation.

Short, practical and to the point, SELF-PUBLISHING: IT AIN'T ROCKET SCIENCE (Nov, 2015) can help writers kick-start their process as well as finish up and publish their novels. In this latest edition of the book, he's teamed up with author/university professor Loyd Auerbach to add a significant section on book/author promotion, and as with previous versions, has been adopted as required reading by at least one professor teaching a graduate level course (and for non-academic courses).

Wren had a 61 year career with New York Life Insurance Co., specializing in Estate Tax planning for business owners. Throughout that career, he was a nationally recognized speaker on the use of life insurance in estate planning.

Born in Watsonville, CA, his family moved to Oakland when he was three, and he’s lived there ever since. He is a graduate of Oakland Technical High School and holds a B.A. in Business Administration from Armstrong College, Berkeley, CA (1949). Additionally, he has a post graduate degree of CLU from Wharton. (similar to CPA in accounting.)

Richard Wren and his wife Betty – his high school sweetheart – are about to celebrate their 65th Anniversary. They’ve raised four children and have nine grandchildren. He’s been quite active in the Oakland community, having served in the past on the Board of the Oakland Symphony, and currently on the Board of Directors of the Woodminster Theater (for 35+ years).

He started writing “Casey’s Slip” at age 82. “I’ve always been a story teller since my 4 daughters were small children,” said Richard. “Every night I’d challenge them to give me a word and I’d make up a story. Example: They give me ‘Hamburger,’ and I make up a story about a hamburger that dreamed of becoming a New York steak. I still use that technique. My stories are designed for pure entertainment. I do not have a whole story in mind when I start. I let the story develop itself, just as life does. “

As with many other fiction writers, he draws from his own personal experiences, people he’s met and places he knows. “My wife and I have owned four sailboats and sailed the California Coast as far south as the Mexican border. I have a friend that has been a well-known Hell’s Angel for many years. I have a son-in-law that was an Oakland detective, a daughter that’s approaching a black belt in Chinese Martial Arts, and a friend that was a top FBI agent. I also have a friend that was an unlicensed sailboat deliverer on the West Coast and an acquaintance that owns a very famous Chinese Restaurant in San Francisco.”

Basing characters on people he knows, and locations in his books on places he has spent time in gives his stories a sense of reality. “In my secong book (Joshua’s Revenge) the opening takes place in Yosemite. I’v

I really didn't know what to think. A funny motorcycle gang? Really? Really! I was laughing at the hijinks these guys got up to. It all starts with Casey putting a boat in the wrong slip . . . because the number got smudged. And then he meets the gang and hang on, cause it gets really hysterical! Loved it. And have the sequel ready to go.
Karen
26 reviews
December 12, 2011
I thought it was a good read, it is more of a guy's book, but was fun as it takes place in the Bay Area where I was born. Good mystery, it is the first novel by this author and I thought he did a good job. would recommend it . Second novel in process called Joshua
Stephen
655 reviews12 followers
November 15, 2015
I won this book on Goodreads! Nifty mystery. I enjoyed it.