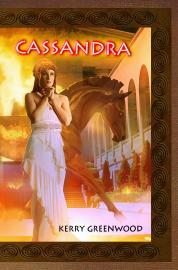 3.63
167 ratings13 reviews
Rate this book
Cassandra is the second in The Delphic Women trilogy.

Cassandra, the golden-haired princess cursed with the gift of prophecy, and Diomenes, the Achaean with the healing hands, become puppets of the gods.

Their passions are thwarted, their loves betrayed, their gifts rendered useless for the sake of a wager between two immortals.

Will Cassandra and Diomenes find each other in the light of the burning city?

And, if they do, can their love survive the machinations of malicious gods and men?

91 books2,261 followers
Kerry Greenwood was born in the Melbourne suburb of Footscray and after wandering far and wide, she returned to live there. She has a degree in English and Law from Melbourne University and was admitted to the legal profession on the 1st April 1982, a day which she finds both soothing and significant.

Kerry has written twenty novels, a number of plays, including The Troubadours with Stephen D'Arcy, is an award-winning children's writer and has edited and contributed to several anthologies. In 1996 she published a book of essays on female murderers called Things She Loves: Why women Kill.

The Phryne Fisher series (pronounced Fry-knee, to rhyme with briny) began in 1989 with Cocaine Blues which was a great success. Kerry has written thirteen books in this series with no sign yet of Miss Fisher hanging up her pearl-handled pistol. Kerry says that as long as people want to read them, she can keep writing them.

Kerry Greenwood has worked as a folk singer, factory hand, director, producer, translator, costume-maker, cook and is currently a solicitor. When she is not writing, she works as a locum solicitor for the Victorian Legal Aid. She is also the unpaid curator of seven thousand books, three cats (Attila, Belladonna and Ashe) and a computer called Apple (which squeaks). She embroiders very well but cannot knit. She has flown planes and leapt out of them (with a parachute) in an attempt to cure her fear of heights (she is now terrified of jumping out of planes but can climb ladders without fear). She can detect second-hand bookshops from blocks away and is often found within them.

For fun Kerry reads science fiction/fantasy and detective stories. She is not married, has no children and lives with a registered wizard. When she is not doing any of the above she stares blankly out of the window.

Maybe these blessings are what made the two the target of Aphrodite and Apollo's wager. The gist of the bet is that Aphrodite believes she can get the two together, while Apollo is determined to keep them apart. Posiedon and Athena weigh in, wanting to see Troy destroyed in the process (although Posiedon later changes his mind). The whole thing gets very messy, as you can imagine.

We don't see much of the gods in the book, just in the occasional page of dialogue at the end of a chapter. Mostly, what we see is the poor mortals, struggling with the twists and turns their lives take. Both Cassandra and Diomenes find love elsewhere and lose it, but to me the greater tragedy was the fall of Troy itself. Compared to the culture of the Acheans (Greeks), Troy as Greenwood writes it was a beacon of progress and good behaviour, where women were given equal rights and the gods were offered sacrifices of herbs or precious goods rather than blood. Greenwood takes some liberties with the original myth, so the ending isn't quite as horrific as it could have been -- there is at least a little bit of hope there.

One thing I'd forgotten between readings is just how much sex there is in this book, both hetero and homosexual. For the most part that's fine with me, although fair warning: if you want a "clean" read this isn't it. ;) Also, during some of the war scenes the inevitable rape and treatment of captured women as slaves is quite confronting. A lot of it happens "off camera" but still, Greenwood doesn't pull any punches.

The other thing that's quite chilling about this retelling of Troy is Greenwood's portrayal of Achilles: he is an insane psychopath, far and away the worst of the Greeks. It particularly struck me given I just read The Song of Achilles by Madeline Miller not long ago, which is a much kinder portrayal. It's interesting to see such different takes on the same character.

Cassandra is the second book in a trilogy, but stands alone; I've never read the other two. If you like gritty, "realistic" historical fantasy, this may be the book for you. 4.5 stars. 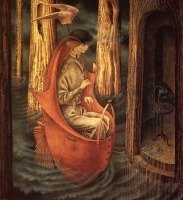 Jane
1,495 reviews169 followers
October 31, 2014
The Trojan War has been covered in so many novels and plays, many of which are classics of historical fiction or fantasy genre from Homer and Aeschylus to Heinrich von Kleist to David Gemmell, Seamus Heaney and even Hector Berlioz's opera Les Troyens, that I feel it's more and more difficult for writers to come up with an original, interesting slant on the story. This author succeeds admirably with this enjoyable novel: her retelling of the story of Cassandra. She makes the strong Cassandra a Trojan princess/priestess of Apollo/healer/prophetess and advances her own reason for why instead of people not listening to Cassandra's prophecies, Cassandra is not even able to articulate them. Greenwood also introduces a fictional character not in the original myth, Diomenes aka Chryse [the Golden One], Achaean [Greek] priest-healer of Asclepius, god-touched by Thanatos, Greek god of death, as counterpoint to Cassandra. Cassandra and Diomenes both are victims of thwarted love. The Olympian gods wager as to what is stronger: love or death. The gods play with these humans, treating them as their puppets. The story covers events prior to, during, and immediately after the Trojan War. The author treats each episode with a large dollop of creative license. Chapters alternate between the voices of Cassandra and Diomenes, giving their points of view and how events affect them. At the end of each chapter italicized paragraphs give us the gods' and goddesses' running commentary.

So: what is stronger--love or death? The gods express their final opinion. All supplementary material was valuable reading. I saw this was put out by Poisoned Pen Press, which generally publishes mysteries; however I wouldn't call this novel a mystery. 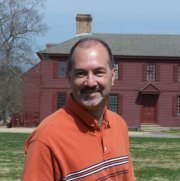 Mike Shoop
602 reviews12 followers
July 7, 2017
Nope. Wanted to like it, but...the writing style didn't grab me, she strayed too far (for my taste) from the familiar stories about Cassandra and the Trojan War, way too many characters with little development to keep straight, just didn't appeal. Read most of it, but ended up skimming about a third of it.
Wrbill Edwards
114 reviews
May 2, 2018
Great Trojan Women

Fine tale of the Trojan war. Greenwood creates a good collection of characters for her version of the story. Surprise: She loves Hector and hates Achilles!
Tien
1,789 reviews67 followers
December 2, 2013
The main attraction to this novel was, of course, the author. Who doesn’t know Kerry Greenwood’s Phryne Fisher? I have read quite a few of her works; Phryne Fisher series (though not quite up to date), Corrina Chapman series, and the standalone Out of the Black Land –an Ancient Egyptian novel. I quite enjoy the ancient world and I thought this book which was loosely based on a Greek tragedy could be a good read.

I tried to read the first book, Medea, first (since I’m slightly OCD and cannot face reading book 2 before book 1) but I just couldn’t finish it. I just wasn’t in the mood for tragedy at the time plus then I realised that the series is really a series of stand alone books based on classic Greek tragedies. Truthfully, I almost gave up on Cassandra too. There were too many annoying characters for me to enjoy it.

Firstly, the gods and their fickleness. I feel like they needed to be slapped thoroughly and taken down quite a number of notches. Then again, Greek gods were fickle so I supposed this is kinda true to character. I think I also found it difficult because I just finished Antigoddess where some of the gods are actually likeable plus it was linked to this particular tragedy so closely that I was torn between them two.

The story was told from 2 perspectives, Cassandra and Diomenes, and they tell their own stories from opposing worlds. Cassandra, whilst a strong female character, I did not find to be at all charming –mostly because she’s strong from stubbornness and at times, spite, rather than anything else. I quite liked Diomenes to begin with until tragedy hit and I wanted to shake him too. Individually, however, they did not actually meet until fairly close to the end and even then, there was not much ado. Not long after their meeting, the story closes.

It was an interesting read of Kerry Greenwood’s attempt at retelling an ancient story but it really lacks the sparkle of Phryne Fisher’s and / or the zest of Corinna Chapman.

Thank you, Poisoned Pen for copy of eARC via NetGalley

Katie Lawrence
1,387 reviews21 followers
November 30, 2022
I'm not sure I can fairly review this book right now... I will say this however, if you are a Greek mythology fan, do not go into this book expecting it to be faithful to myths about the Trojan War. On many, many occasions Greenwood diverges from the traditional myths and it is only occasionally effective for moving the story along.

Review for Library Journal: Aphrodite and Apollo are bored up on Mount Olympus, so they devise a test to see if mortal love is stronger than death and loss. It is on this conceit that Greenwood's second book in her Delphic Woman trilogy (after Medea ) is based. Told in the parallel voices of Cassandra , Trojan princess and prophetess, and Diomenes, Achaean peasant and healer, this story follows both characters' lives leading up to the Trojan War. Diomenes is particularly fascinating, as he meets many famous mythological figures and also studies medicine. Greenwood deftly portrays her protagonists' growth as they face loss, pain, and death. VERDICT Originally published in 1995 in Australia, this is an intriguing take on Greek myth, particularly when looking at the culture of the ancient Greeks. But mythology purists may be disappointed with some of Greenwood's departures. An extremely violent, highly sexualized depiction of ancient Greece, this novel is at its best when describing cultural and historical details including medicine and festivals. Definitely a change of pace from Greenwood's delightfully cozy "Phryne Fisher" mysteries, it may appeal to readers who enjoyed Madeline Miller's The Song of Achilles . 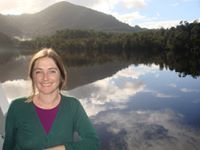 Leanne Coughlin
2 reviews
January 27, 2015
I liked this book. Lots of death, but by the time the bloodbath started you knew who lived and died, so it wasn't shocking. The focus was on the people and the way they lived and interacted. And it was really fascinating. And I really enjoyed the interaction between the gods and people. The structure reminded me a bit of The Book Thief with the Grim Reaper. And the subject matter made me want to reread David Malouf's book Ransom which was also about Hector and Achilles and the fall of Troy. But from a totally different perspective.
JG
1,493 reviews57 followers
November 17, 2013
Cassandra is actually a re-telling or adaptation of events surrounding the Trojan War. There are definitely some twisting of the myth to suit the purpose of the plot which in a way expanded the story. A well written, interesting and entertaining novel that fans of Greek Mythology will definitely appreciate. 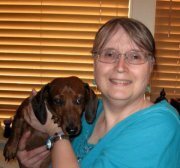 Georgene
1,288 reviews46 followers
April 1, 2015
With a bit of switching around of history, Greenwood writes a compelling story of Cassandra, Princess of Troy and a seer whom no one believes.