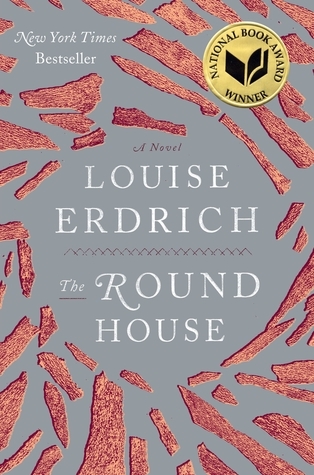 One of the most revered novelists of our time - a brilliant chronicler of Native-American life - Louise Erdrich returns to the territory of her bestselling, Pulitzer Prize finalist The Plague of Doves with The Round House, transporting readers to the Ojibwe reservation in North Dakota. It is an exquisitely told story of a boy on the cusp of manhood who seeks justice and understanding in the wake of a terrible crime that upends and forever transforms his family.

Riveting and suspenseful, arguably the most accessible novel to date from the creator of Love Medicine, The Beet Queen, and The Bingo Palace, Erdrich’s The Round House is a page-turning masterpiece of literary fiction - at once a powerful coming-of-age story, a mystery, and a tender, moving novel of family, history, and culture.

126 books9,269 followers
Karen Louise Erdrich is a American author of novels, poetry, and children's books. Her father is German American and mother is half Ojibwe and half French American. She is an enrolled member of the Anishinaabe nation (also known as Chippewa). She is widely acclaimed as one of the most significant Native writers of the second wave of what critic Kenneth Lincoln has called the Native American Renaissance.

From a book description:

Louise Erdrich is one of the most gifted, prolific, and challenging of contemporary Native American novelists. Born in 1954 in Little Falls, Minnesota, she grew up mostly in Wahpeton, North Dakota, where her parents taught at Bureau of Indian Affairs schools. Her fiction reflects aspects of her mixed heritage: German through her father, and French and Ojibwa through her mother. She worked at various jobs, such as hoeing sugar beets, farm work, waitressing, short order cooking, lifeguarding, and construction work, before becoming a writer. She attended the Johns Hopkins creative writing program and received fellowships at the McDowell Colony and the Yaddo Colony. After she was named writer-in-residence at Dartmouth, she married professor Michael Dorris and raised several children, some of them adopted. She and Michael became a picture-book husband-and-wife writing team, though they wrote only one truly collaborative novel, The Crown of Columbus (1991).

The Antelope Wife was published in 1998, not long after her separation from Michael and his subsequent suicide. Some reviewers believed they saw in The Antelope Wife the anguish Erdrich must have felt as her marriage crumbled, but she has stated that she is unconscious of having mirrored any real-life events.

She is the author of four previous bestselling andaward-winning novels, including Love Medicine; The Beet Queen; Tracks; and The Bingo Palace. She also has written two collections of poetry, Jacklight, and Baptism of Desire. Her fiction has been honored by the National Book Critics Circle (1984) and The Los Angeles Times (1985), and has been translated into fourteen languages.

Several of her short stories have been selected for O. Henry awards and for inclusion in the annual Best American Short Story anthologies. The Blue Jay's Dance, a memoir of motherhood, was her first nonfiction work, and her children's book, Grandmother's Pigeon, has been published by Hyperion Press. She lives in Minnesota with her children, who help her run a small independent bookstore called The Birchbark.