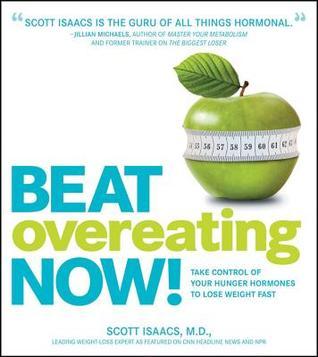 3.63
27 ratings5 reviews
Rate this book
Beat Overeating Now! provides a step-by-step plan for fixing appetite controls while working with your body's natural hunger and weight loss hormones to beat overeating easily and permanently. Written by Dr. Scott Isaacs, one of the leading weight loss experts in the country, Beat Overeating Now! will help you take control of your appetite, your weight, and your life. His work is supported by the latest research on what really controls our appetites—a network of various hormones and chemical messengers that control hunger, satiety, metabolism, and weight gain.

19 books7 followers
Scott Isaacs, M.D. is one of the nation's leading experts on weight loss. A board-certified endocrinologist, Dr. Isaacs is a prominent authority on the hormonal aspects of obesity, frequently speaks on weight-loss issues in the national media, and has written several books on the subject of weight. He has treated thousands of patients at his medical practice in Atlanta, Georgia.

Choosing medicine as his career, he studied at Emory University School of Medicine, and completed a residency in internal medicine and a fellowship in endocrinology, lipids, diabetes and metabolism. During this time, he realized the key role that hormones play in weight disorders. After receiving a research grant from the National Institutes of Health to pursue deeper study in this area, Dr. Isaacs and won an award from the American College of Physicians for his research on diabetes and obesity.

Dr. Isaacs has extensively published his clinical and basic science research on diabetes, obesity, thyroid and bone metabolism. He has authored articles in such peer-reviewed medical journals as the Journal of Endocrinology and Metabolism, Diabetes Care, Thyroid, Journal of Cellular Physiology and the Journal of Critical Care. His articles have been referenced and cited in many subsequent publications, including a listing as a primary reference in the 2012 Endocrine Society Clinical Practice Guideline: Management of Hyperglycemia in Hospitalized Patients.

While his research is widely respected, his work with ordinary men and women struggling with obesity is Dr. Isaacs' passion. In 2000, he founded Atlanta Endocrine Associates, a unique medical practice devoted to treating individuals with hormone-related weight issues, diabetes and metabolism disorders. His award-winning weight-loss programs help people lose weight while improving their health and quality of life. People suffering from obesity are carefully tested to determine hormone imbalances that may be affecting their weight, and counseled to change their eating and lifestyles in order to lose weight.

Because of dedication to treating overweight individuals through unique approaches, Dr. Isaacs has earned many honors in his field. He has been listed in Castle Connolly Top Doctors for several years in a row. Dr. Isaacs's weight loss program was named the 2009 "Best of Citysearch" winner. His peers voted Dr. Isaacs Best Physician in Lifestyles magazine in 2010, 2011 and 2012. 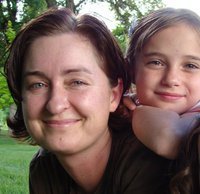 Rochelle
63 reviews15 followers
September 14, 2012
This book has excellent information because it teaches about the hormones in our bodies and what they regulate and how different foods affect them. I think this is important to understand if you want to know why you're gaining weight or unable to lose weight and you can't figure out why, especially if you believe you're eating a healthy, balanced diet.

Barbara
545 reviews
October 13, 2012
Good information on what to eat and why.
Mitchell
65 reviews
March 4, 2021
Fairly well written with the main sections easily understandable to laymen and deeper dives into particular metabolic factors and good plans / exercises but I feel it didn't offer anything new. Of course vegetables are the best, everyone knows that. Nor did it fully dive into the latest science about blood sugar, intermittent fasting, gut permeability, fecal microbiota, ketosis or carbohydrate-limited diets other than passing them off as Atkins clones and the kind of fad to be avoided. It's apparent by now that insulin etc have an even more pronounced impact on hunger (and thus total caloric intake) than the consuming 5 small meals all day long with limited fat style of eating, and using behavioral techniques to resist cravings, changes one's palate. We also know more about how even someone who does not appear obese (SOFI or skinny-outside-fat-inside body) may be suffering accumulative organ damage and increased stroke & heart attack risk from having (pre)diabetes, sclerosis, elevated triglycerides and high blood pressure from eating a high-carb diet even if their BMI is normal or even underweight. I felt Dr. Jason Fung's texts were more accurate in this department. Admittedly I didn't realize until now this was published back in 2012, it's pretty astounding how many advances we have made in nutritional science recently given how stagnant the field was in the 70s through the 2000s.
Ihsanrie Wilson
20 reviews
April 16, 2015
Solid information, If you are looking for a guide to understanding why you overeat and how to move to a healthier way of eating, then this is a great book that is easy to understand. However, if you have been trying to lose weight and eat healthier for awhile, you won't find a lot of info here you don't probably already know. It was worth a read and if you don't have a staple ref book of what to eat and why, this would make a good addition. 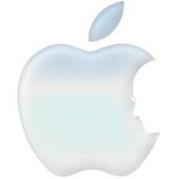 Michelle
5 reviews
October 24, 2014
Very informative. Went back and bought more to give to family members!!! Great for over weight or those with high blood sugar.
Displaying 1 - 5 of 5 reviews