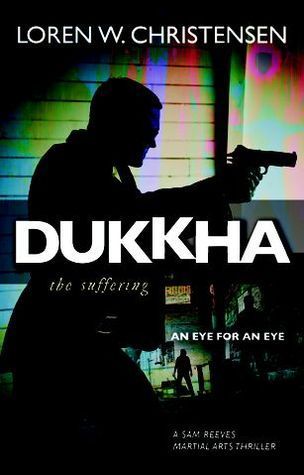 In the course of a single week, everything Sam Reeves believed in, everything he knew, everyone he trusted, all would be put on the line. For a family he never knew he had.

Detective Sam Reeves, a 34-year-old martial arts instructor, has a solid fifteen-year record as a good police officer with the Portland Police Department. For the first time, Sam is forced to take a life in the line of duty and despite the findings of “good shoot” he struggles to recuperate psychologically from the killing. Facing up to his fears Sam returns to work and then within days is forced to fire his weapon again— killing two more people.

With his spirit almost broken, Sam meets a stranger … a man who claims to be his father. “Impossible,” Sam reasons—his father died in a North Vietnamese prison camp … a long time ago.

This odd man, named Samuel, is as convincing as he is quirky and is revealed to be a phenomenal martial artist, the likes of which Detective Sam Reeves has never encountered. This ‘Samuel' comes out of nowhere, equipped with a family in Vietnam and a daughter named Mai who is about to graduate from Portland State University.

With a series of interlocked events of violence: a revenge-seeking uncle, the destruction of his martial arts school, his new father's connection to some lethal Vietnamese outlaws, Sam's life spirals into a dreadful new direction. This high-octane martial arts thriller will have you gripped from the start.

90 books84 followers
Loren W. Christensen is a Vietnam veteran, retired police officer, a martial artist since 1965, and a prolific author of books and magazine articles.

As a writer, Loren has penned nearly 60 books and dozens of magazine articles on a variety of subjects. While his target audience is most often what he calls “the warrior community” – martial artists, cops, soldiers – his writing has become popular among high school and college students, parents, professionals of every kind, and people interested in a side of life outside the norm.

Loren is most thankful to his many friends, associates and fellow writers in the warrior community for their continual support and expert advice.

Bachelors of Science - PSU
Vietnam veteran – 716th Military Police
Career police officer (ret) – Portland, Oregon
Street patrol, gang enforcement, defensive tactics instructor, bodyguard
Script advisor for the motion picture Best of the Best 3
Martial artist since 1965
Earned a total of 11 black belts in three fighting arts
Starred in 7 instructional DVDs
Author of 45 books and dozens of magazine articles
Nominated for the Frankfurt award
Co-author (with Lt. Col. Dave Grossman) of “Evolution of Weaponry” in Encyclopedia of Violence, Peace and Conflict, Academic Press
Wrote regularly for Black Belt, Karate Illustrated, Inside Kung fu and many others
Currently writes regularly for Black Belt and Police and Security News magazines
Book Solo Training was ranked in Amazon’s top 3 for three years in a row
Named in the 2007 - 2008 Heritage Registry of Who's Who in publishing