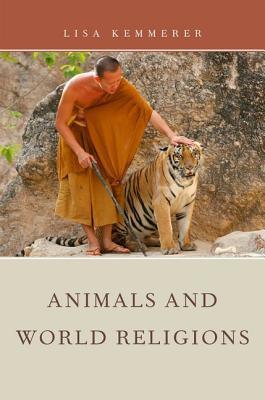 4.08
12 ratings5 reviews
Rate this book
Despite increasing public attention to animal suffering, little seems to have changed: Human beings continue to exploit billions of animals in factory farms, medical laboratories, and elsewhere. In this wide-ranging and perceptive study, Lisa Kemmerer shows how spiritual writings and teachings in seven major religious traditions can help people to consider their ethical obligations toward other creatures.

Dr. Kemmerer examines the role of nonhuman animals in scripture and myth, in the lives of religious exemplars, and by drawing on foundational philosophical and moral teachings. She begins with a study of indigenous traditions around the world, then focuses on the religions of India (Hindu, Buddhist, and Jain) and China (Daoism and Confucianism), and finally, religions of the Middle East (Judaism, Christianity, and Islam). At the end of each chapter, Kemmerer explores the inspiring lives and work of contemporary animal advocates who are motivated by a personal religious commitment.

Animals and World Religions demonstrates that rethinking how we treat nonhuman animals is essential for anyone claiming one of the world's great religions.

14 books17 followers
Internationally acclaimed for her work in animal ethics, professor emeritus Dr. Lisa Kemmerer is the founder of the educational, vegan umbrella organization, Tapestry. Having earned a BA in International Studies from Reed College, a Master of Theological Studies in Comparative Religions from Harvard, and a PhD in philosophy--specializing in animal ethics--from Glasgow University in Scotland, Kemmerer taught for 20 years at the university level.

As professor of philosophy and religions, Dr. K wrote and edited more than 100 articles/anthology chapters and 10 books.


She retired to develop her educational non-profit, Tapestry, which will continue her work on behalf of nonhuman animals, the environment, and disempowered human beings. 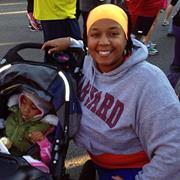 Candace
1 review5 followers
July 2, 2015
I enjoyed this book. My dissertation involves animal theology and Kemmerer's text is a great start to my section on having an inter-religious dialogue concerning my topic. Excellent read.

Keith Akers
Author 5 books74 followers
January 12, 2014
This book is a very useful survey of the views of the world religions about animals. Any book on such a broad subject is bound to have limitations, but the limitation of this book is also what makes it useful -- it seems to be a survey based on what vegans, vegetarians, and animal activists representing religion have said about those religions. I can only speak with some authority about this book's treatment of animals in Christianity (and to a lesser extent, Buddhism and Judaism), but I strongly suspect that what is true of the discussion of Christianity is also broadly true of the discussion of other religions. As a vegan interested in religion myself, I can't complain too much.

Interestingly, the obvious implications for diet (like, not eating meat) are sometimes stepped around, as in the cases of Buddhism and Christianity. My guess is that this is because vegans and vegetarians who are advocates of these religions are having a tough time making a strong case and remaining "true" to their religion. The term "vegetarian" does not appear in the index; "vegan" does appear, but is used sparingly.

The discussion of Christianity is strongly based on quotations from well-known "Christian vegetarian" authors such as Andrew Linzey, Steve Kaufmann, Stephen Webb, Norm Phelps, Richard Young, Matthew Scully, and Regina Hyland. Kemmerer has assembled her chapter on Christianity based mostly on what these writers say on the subject, citing them as authorities on the subject, and trying to build something of a "consensus" view of what an animal-friendly Christianity would look like. But it conspicuously and deliberately avoids the question of whether Jesus was a vegetarian.

Often statements about Christianity are made from an animal-friendly point of view by quoting from this or that author, e. g. on p. 230 we find this: "Scriptures depict a solidarity of all creation (Young, 145)," which invokes author Richard Young's book Is God a Vegetarian?: Christianity, Vegetarianism, and Animal Rights. One can find other examples of this type of quotation throughout the chapter on Christianity. Well, here's the problem with his particular quotation. You could certainly make a case that scripture depicts a "solidarity of all creation," but it would be controversial. What do we do with the lengthy and detailed description of animal sacrifices, the assertion that humans have "dominion" over the rest of creation, and Paul's casual assertion that God does not care for oxen? Etc., etc., etc. I don't agree with Stephen Webb's contention, whom Kemmerer quotes as follows:

Stephen Webb . . . notes that the proper question for a Christian to ask is not what Jesus ate, but "what Jesus would eat today." (p. 225)

The question of whether Jesus was a vegetarian, or whether it was a consensus view of the early church, is interesting enough so that it warrants further investigation. But, basically, that's another book.

Kemmerer is really trying to create a sort of consensus case of animal activists and writers down through the centuries on behalf of Christian vegetarianism. Her book is very interesting just based on that effort.
Pj
6 reviews3 followers
July 23, 2014
Dr. Lisa Kemmerer demonstrates that all major religions, from indigenous traditions through Hinduism, Buddhism, Taoism, Confucianism, Judaism, Christianity, and Islam, share similar teachings about animals. Her conclusion, in nearly 300 pages of well-documented discourse, is that eating animals and animal products, particularly in the current mode of factory-farm production (which causes horrific suffering from birth to death of billions of animals per year), "contradicts the core religious ideals of every major religious tradition." Therefore, to consider oneself among the religious, she argues, one must reconsider fundamental daily choices about what to eat and what to wear. The book excels in incorporating the traditional religious texts alongside classical and current theologians and scholars. Although it appeals to nonreligious readers and animal activists, its ideal audience is a religious readership who should be aware of their religion's most fundamental teachings.
Jess
69 reviews30 followers
May 18, 2014
|: That conclusion came on a bit too strong for me. I would've judged the book at 3 stars, but I feel like the discussion on religions was almost a little too one-track-minded and purposeful in trying to make readers completely animal liberationists.
Displaying 1 - 5 of 5 reviews