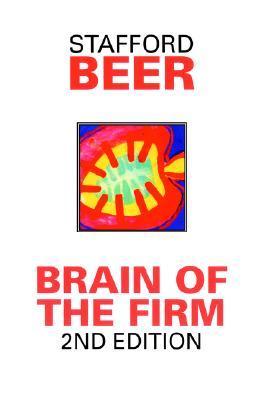 Brain of the Firm

4.35
102 ratings16 reviews
Rate this book
"Stafford Beer is undoubtedly among the world's most provocative, creative, and profound thinkers on the subject of management, and he records his thinking with a flair that is unmatched. His writing is as much art as it is science. He is the most viable system I know." Dr Russell L Ackoff, The Institute for Interactive Management, Pennsylvania, USA. "If . anyone can make it [Operations Research] understandably readable and positively interesting it is Stafford Beer . everyone in management . should be grateful to him for using clear and at times elegant English and . even elegant diagrams." The Economist This is the second edition of a book which has already become a management 'standard' both in universities and on the bookshelves of managers and their advisers. Brain of the Firm develops an account of the firm based upon insights derived from the study of the human nervous system, and is a basic text from the author's theory of viable systems. Despite the neurophysiology, the book is written for managers to understand. The companion volume to this book is The Heart of Enterprise, which is intended to support and complement this text. "Stafford Beer's works represent required reading for everyone who believes that a capacity for rigorous thinking is an essential attribute of today's successful managers and administrators. Brain of the Firm shows a first-rate intellect at work and provides concepts, models and inspiration for both practitioners and teachers." Sir Douglas Hague, CBE

No one wakes up and makes a decision: 'today I'm gonna make life for my employees even more hell than usual. Do they? Yet all kinds of fucked up communications, misaligned targets, triple bindings, weird goals, unability to reach consensus, corporate culture entanglements etc, etc, etc happen. More often than anyone would want to admit.

I really love how this book is STILL very much on spot of how clients-sales-operations-finance-management-other parties can't wrap their heads about how to interact. Even with all the CRM stuff.

Some points are very dated: the ones concerning the use of computers, since the book was written long before the digitalization era.

Jarred Finney
15 reviews1 follower
December 30, 2019
Found this book through a documentary on Brian Eno. I was studying cybernetics at the time and was interested not only in the central processing of a firm but also in how this framework ties to music composition and information theory. 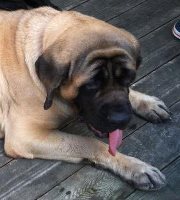 Jeremy
3 reviews1 follower
September 18, 2019
This is not an easy book. The reader is encountering an extraordinarily brilliant mind, expositing a complex idea without dumbing it down at all. But the idea is astonishing, and the time spent exploring it is repaid in spades.

Stafford Beer was interested in viable systems; systems that are able to continue to exist over time. He studied biology, ecosystems, electronics, information theory, computers, corporate governance, and governments, and sought to create a pattern language for describing how every kind of system continues to sustain itself. And then he set work to analyze social systems, like governments and corporations, to improve the model so that it was an effective way to gain insight in to how social systems behave and how to make them more effective.

His model works well in describing an individual human being as a biological organism, but when applied to a corporation, provides surprising insights about the blind spots in an organization, and how these blind spots account for lost opportunities and much inefficiency. The model provides a number of ways in which there must be balance: balance between different goods and services a company provides, balance between workers and management, balance between operations and research/development, and balance between the functioning of the whole system and how it conforms to its mission statement. Along the way he tries to build up the autonomy of the people working at each level, so that the only time management needs to intervene is when something goes wrong, leaving them to work on their own issues rather than the issues of their subordinates. Beer points out that an org chart is set up mostly to create a chain of whom to blame, rather than as a realistic description of what is actually happening inside an organization.

Beer uses mathematics, biology, computer science, and electronics in elucidating his model. He coins a number of terms that he uses in his exposition. His interdisciplinary approach can be daunting. But he shows that his ideas work in practical situations. He might be a dreamer, but he is a dreamer with both feet planted firmly on the ground.

"Brain of the Firm" was a favorite of Brian Eno's, who worked with Beer as a colleague, and also of David Bowie's, and both incorporated Beer's ideas into their music. I have found for me that Beer's ideas inform a lot of things I do, both in business, and in my creative life. 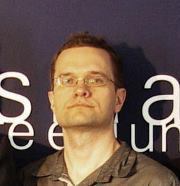 Lehor Meius
8 reviews1 follower
November 12, 2019
I feel guilty. When I was a teenager, I thought that all giant, creative, original minds existed in the past and I was doomed to an age of recurrence. However, Stafford Beer was still alive back then and just hadn't heard about him.

While I, as Beer himself, have moved on from the concepts described in this book, this is definitely one of the life-changing books for me.
John
27 reviews1 follower
February 7, 2021
This book requires an act of belief - in the usefulness of cybernetics (naturally) but mostly in Beer’s total commitment to the human nervous system as a viable system model for entities in everyday life, like a company or a government. Though taking a universal (human) starting point, the result is a highly personal and ‪niche approach to management which you may love or hate.

Brain of the Firm is divided into four parts. The first part, an introduction to adaptation and control is superb and shows Beer’s ability to translate his imagination to words. He depends on this ability in parts 2 and 3 when things get very technical. Some commenters have mentioned that the book is dated but I think this is besides the point. Computing has come a long way since 1972/81 but our human bodies are still the same.

Ultimately though, Brain of the Firm is still begging for a refresh - not as a book but perhaps as software. So much of Beer’s text (and imagination) is dedicated to explaining scenarios. Now, in the 2020’s, we could do it in an app or at the very least with videos. In short, the ideas are still relevant but they need to be separated from the timeframe of the book and ‘animated’. Cybernetics is as relevant as ever.
Dima Shevchuk
20 reviews2 followers
November 9, 2019
Книга может показаться тяжелой и унылой, но стоит проявить усердие и упорство - и прочесть ее.
На примере работы живого организма автор показывает модель связей и управляющих алгоритмов, характерных для крупных организаций и государства. Эта книга помогает более предметно разобраться с теорией управления сложных систем
Stephen
103 reviews
October 15, 2020
Frustrating, mind bending, and life changing book. Came across Beer through the General Intellect Unit, and been deep into it ever sense. This probably requires a few rereads, but on to Heart of Enterprise next. We'd all do well with a little more managerial cybernetics in our lives.


Jason
137 reviews1 follower
December 23, 2020
A fascinating book on the study of interactive feedback systems. Scaling up from relatively “simple” human + machine feedback systems to social systems stretches the imagination. Definitely worth the effort to chug through.
Ben
219 reviews9 followers
January 10, 2022
Unique combination of insight (deep understanding of biology, analogies to organizations, anticipates many machine learning concepts) and anachronism (mentions of ESP, managers not knowing how to type, management by algebra). Very intrigued at the idea of dimensional analysis of complex decisions.
Claus-peter Seichter
6 reviews
April 21, 2013
wonderful... great organizational model with convincing relationship to human brains...
Ed van der Winden
224 reviews5 followers
July 18, 2015
This man is a genius. I've recently stumbled on cybernetics and especially on the work of Stafford Beer. Very, very important and a damn shame that all these insights are so rarely used.
Blue Somogyi
4 reviews2 followers
June 11, 2019
Unique in its approach, but worth wading through the language to get at the concepts.
Alfa Mas
1 review
October 31, 2019
The most important of all
This entire review has been hidden because of spoilers.
Drewes
74 reviews
October 31, 2022
Rarely have I found a book with too little margin on the pages for my annotations. I'll have to spend another few weeks summarising my notes and marked text; revisiting the topics at hand will be worth it.

A background in human anatomy is recommended because the book relies heavily on the human neural system for analogies. Stafford Beer took Darwin's view on the human body and transported that model to organisations. Even though the book stems from the 70's, it is still very much applicable today

Łukasz Lichota
80 reviews5 followers
May 21, 2022
Very interesting things but super hard to read.
Jordan Sheldon
7 reviews1 follower
June 8, 2022
The most enjoyably written technical work I've encountered, Absolutely essential in my view for getting away from 19th/20th century conceptions of organization.
Displaying 1 - 16 of 16 reviews