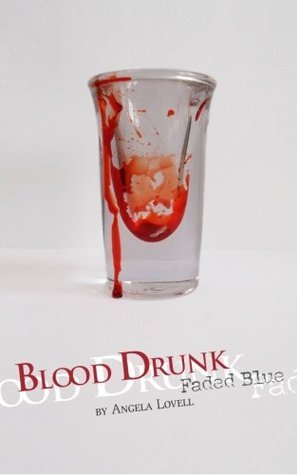 3.98
62 ratings10 reviews
Rate this book
With summer waning quickly before the start of his senior year, a family emergency forces Blue Knightly to leave his small Midwest town and travel to New York City to locate his rebellious sister. From the morgue to Central Park to the underbelly of New York, he quickly discovers the big city is the least of his concerns as he reluctantly takes sides within a warring faction of vampires to unravel the mystery of his sister’s disappearance. In their underground world of abandoned subway tunnels, Blue finds himself falling for a femme fatale vampire whose vibe is seldom clear. Not knowing who to trust, Blue finds himself battling not only the undead, but his own heart, as the family crisis escalates and every decision could be his last.

Angela lives in Los Angeles with far too many foster fails.

Angela Lovell has an uncanny knack for characterization and dialogue. I truly hope there will be more books in this series.
Michelle Greathouse
306 reviews35 followers
October 28, 2011
Blood Drunk, Faded Blue is the first book in the Blood Drunk series by Angela Lovell from CreateSpace.

With summer waning quickly before the start of his senior year, a family emergency forces Blue Knightly to leave his small Midwest town and travel to New York City to locate his rebellious sister.

From the morgue to Central Park to the underbelly of New York, he quickly discovers the big city is the least of his concerns as he reluctantly takes sides within a warring faction of vampires to unravel the mystery of his sister’s disappearance.

In their underground world of abandoned subway tunnels, Blue finds himself falling for a femme fatale vampire whose vibe is seldom clear. Not knowing who to trust, Blue finds himself battling not only the undead, but his own heart, as the family crisis escalates and every decision could be his last.

Blue Knightly has shouldered the burden of being the ‘man of the house’ since his father’s unexpected death. But things have not been going well lately - his mother is sick and his sister is missing.

When Blue is called to New York to identify the body of a Jane Doe - he is fearful that he has finally found his sister. That fear goes unrealized - only to be replaced by a new one.

Now Blue and his sister are caught up in an age old drama that not only involves warring vampires - but their own ancestors as well.

Blood Drunk, Faded Blue is the first book I have read by Angela Lovell and I enjoyed it quite a bit. I was complete caught off guard by the ending of this book and can’t wait to read more.

I give Blood Drunk, Faded Blue 4 out of 5 stars.


Product Details
Paperback: 332 pages
Publisher: CreateSpace (10-11-11)
Language: English
ISBN-10: 1466308281
ISBN-13: 978-1466308282
Christine Wheeler
6 reviews1 follower
February 20, 2012
I absolutely loved this book. It was gripping and engrossing with interesting characters and totally believable dialogue. I got my copy from a GoodReads giveaway and thought it might be interesting but it turned out to be more than that. The story totally hooked me right away with it's straight to the point plot. The plot involves a young man looking for his sister who happens to be involved with vampires. After Twilight I haven't bothered with much vampire fiction since it's been watered down and basically turned into romantic drivel but Faded Blue is far from that. These are vampires that don't have sparkly vaginas and who don't make you roll your eyes. They're complicated and badass and back to basics. I couldn't put this book down for the last 150 pages and was actually surprised by most of the twists. I can't wait to read the next one and whatever else Angela Lovell puts out.
Autumn
908 reviews9 followers
October 11, 2011
Unexpected. A great story and I am such a fangirl of Blue! Now, I just need a sequel... ;)

Blue Knightly seems to be your All-American boy until he is called to New York from his normal Midwest home. His gruesome task at hand takes a turn that leads him through the dark tunnels underneath the city to an unknown band of vampires hiding more than just their dark secrets. All along, he tries to fight his growing connection to Kat, a female vampire that he is unsure of and soon he begins to question everyone and everything. He could never imagine all that hangs in the balance.

Lovell’s writing is reminiscent of fast paced screenplays yet keeps the reader invested in the characters and the story.

I recommend this book to all lovers of the vampire/paranormal genre who want to read something a little different and off the beaten path. This one was worth it. I’m also crossing my fingers that we will get to see more of these characters because I seem to have fallen a bit for Blue.

http://openbooksociety.com/article/an...
~reader~
24 reviews
June 6, 2012
I was drawn to this book by the cover. Very cool. I was worried that it would be just another twilight but I was surprised at how different and original it was. The dialogue was great and plot was suspensful enough to keep me reading until I had finished.
Aimeekay
232 reviews8 followers
January 6, 2012
In blood drunk Richard "Blue" Knightly goes to New York to identify the body of his sister Lacy. But the body they have isn't hers, and Blue finds himself drawn into a dark underworld, literally. Below the city are rival factions of vampires whose leaders have decided that they both want Lacy and neither is willing to share. But Lacy isn't completely innocent in all the confusion either and soon Blue finds himself trying to protect his sister from vampires as well as herself.

Alright, I was torn with this one. The story itself was okay, it starts out slow, but really starts moving towards the end. The beginning you mostly spend trying to figure out who's telling the truth and what is really going on between Lacy, Alex and Tristan. There's a twist at the end, no spoilers, I promise, but I really didn't see it coming.

I think Lovell does an amazing job of bringing New York to life. I've only been once or twice, a REALLY long time ago, so it's not like I can say if her descriptions are accurate or not, but they definitely draw you in and help you visualize this iconic city. I also think she does a really good job of bringing Blue to life. Especially in his interactions with his mother and how he has handled his father's death.

Parts I didn't really like about the book. Ok. Let's start off with the one that is more of a personal preference than an actual issue. The story is written in present tense. It's still third person, but for some reason present tense gets on my nerves when I'm reading. I do have to say that the story was written well enough that there were large portions where I didn't notice it. But then some line or another would pop up out of no where that would throw me, and I would look back and because I had to make sure that it had stayed in the present tense the whole time. I have to say that's a definite complement to the story, the fact that I got that into it.

The second issue I had with the story focuses on Lacy. She just seems like such a spoiled, naive little brat, and maybe that is the way she is suppose to seem, since it is Blue's story. But there were time's I just wanted to slap her. I also wanted to slap her mom. Who lets their 16 year old daughter just up and go off to New York City to stay by herself. I understand she was suppose to have an internship with some fashion program or something, but still. She never comes across as overly mature for her age, and even if she had, she is still only 16. She has no adult supervision there, at least none that is mentioned, and no one except the cop investigating her apparent death seems to think this is odd. I think that is really my biggest complaint about the book.

One quick spoiler alert *** It is a cliff hanger! So be prepared to be left hanging. (this kinda annoyed me too, since there were a lot things left unanswered or unexplained, and while I understand it is called a cliff hanger for a reason, it is still annoying) End spoiler alert***

All things considered though, I really got into the story, especially near the end, and I definitely would read the next book in the series if given a chance!
Manisha Punjabi
32 reviews5 followers
September 26, 2013
Blood Drunk Faded Blue by Angela Lovell
This is a long due review - When I heard about goodreads giveaway, I entered this wonderful giveaway. Then I won this copy but then I kept it for a while because I got busy. Finally I got chance to read this book and wish that I had read this book first thing when I won. It is a good book that kept you turning pages till the end to see what happens next. Keep it up. Good story!
Thanks for the book!

Paul Seneca
50 reviews3 followers
December 6, 2012
I read this after reading the author's short collection of essays, Mouseschawitz. These are VERY different books but solid in their genres. Blood Drunk was pretty clever for a YA vampire book. Really enjoyed the vampires in the subway and it's not too romantic - a lot of action. I'll definitely read the others in this series.
Black Queen
134 reviews
Want to read
February 16, 2012
I've read the review and love it...at that moment I wanted to start reading this book! And then I heard about this giveaway and said to myself this the chance to win a copy...So I hurry up and enter this wonderful giveaway..:D I hope I win...One awesome book review.
Displaying 1 - 10 of 10 reviews