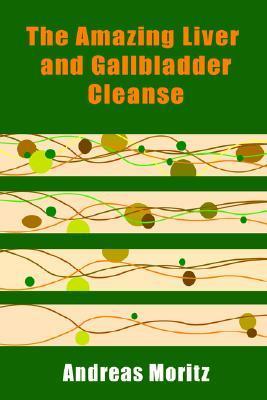 The Amazing Liver and Gallbladder Cleanse

4.00
18 ratings3 reviews
Rate this book
In this revised edition of his best-selling book, The Amazing Liver and Gallbladder Cleanse, Andreas Moritz addresses the most common but rarely recognized cause of illness - gallstones congesting the liver. Twenty million Americans suffer from attacks of gallstones every year. In many cases, treatment merely consists of removing the gallbladder, at the cost of $5 billion a year. But this purely symptom-oriented approach does not eliminate the cause of the illness, and in many cases, sets the stage for even more serious conditions. Most adults living in the industrialized world, and especially those suffering a chronic illness such as heart disease, arthritis, MS, cancer, or diabetes, have hundreds if not thousands of gallstones (mainly clumps of hardened bile) blocking the bile ducts of their liver. This book provides a thorough understanding of what causes gallstones in the liver and gallbladder and why these stones can be held responsible for the most common diseases so prevalent in the world today. It provides the reader with the knowledge needed to recognize the stones and gives the necessary, do-it-yourself instructions to painlessly remove them in the comfort of one's home. It also gives practical guidelines on how to prevent new gallstones from being formed. The widespread success of The Amazing Liver and Gallbladder Cleanse is a testimony to the power and effectiveness of the cleanse itself. The liver cleanse has led to extraordinary improvements in health and wellness among thousands of people who have already given themselves the precious gift of a strong, clean, revitalized liver.

It is a simple cleanse with apple juice and Epsom salts. The only thing is he refers to the need for having colonic irrigation also prior to the cleanse. You can probably find a therapist on the net who will do this irrigation for you, but I’m wary of this because I have previously had Crohn’s and they usually decline to do it for Crohn’s patients; the doctors now say I no longer have Crohn’s but probably have microscopic colitis, but I don’t know how much difference there is between the two.

I have a friend who did the cleanse according to the book with no preceding colonic irrigation, but I don’t fancy getting gallstones stuck on the way out so would prefer to have the irrigation, if possible.

Also, I haven’t done the cleanse because I didn’t manage to get through the book. This was due to the, for me, extremely abstruse technico-medical language/ boring, specialized descriptions of what takes place in the body. I think one would have to be a doctor, nurse or the like to properly understand the descriptions. I couldn’t.

Moritz warns against operations to remove the gallbladder since these are risky and do not solve the problem of stones stuck in the liver bile ducts.

I previously read and reviewed the author’s excellent book about healing Alzheimer’s disease, and have trust in his medical expertise.

The book contains some readers’ accounts of their cleanses, including how many gallstones they passed. There is also a chapter providing answers to frequently asked questions.

This cleanse should be done not just once, but several times. I may buy the book later and do the cleanse, but again I may not.

I would recommend the book to all those interested in carrying out such a cleanse who are not averse to Moritz’s long, boring, difficult explanations, or who have some medical background by which to aid comprehension. 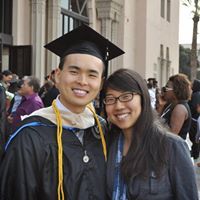 Daren Lou
7 reviews
September 11, 2017
Great book and it opened my perspective to the method of cleansing and one strategy on how to cleanse better. The cleanse was difficult for me because the Epson salt drink tastes like nail polish remover so it was hard to drink especially while fasting when my taste buds were craving any sort of calories. I plan to do a cleanse like this again but I will probably modify it according to the other liver and gallbladder cleanse you can find online.
Wtickel
2 reviews1 follower
September 6, 2019
Great book. Difference maker.
Displaying 1 - 3 of 3 reviews