Goodreads helps you keep track of books you want to read.
Start by marking “The New Gilded Age: The New Yorker Looks at the Culture of Affluence” as Want to Read: 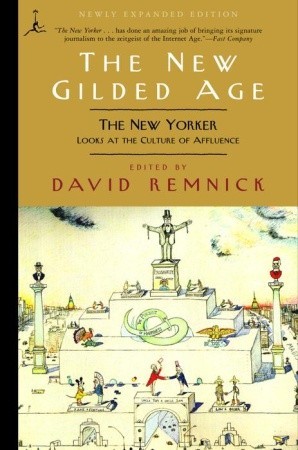 We’d love your help. Let us know what’s wrong with this preview of The New Gilded Age by David Remnick.

The New Gilded Age: The New Yorker Looks at the Culture of Affluence

Who are the barons of the new economy? Profiles of Martha Stewart by Joan Didion, Bill Gates by Ken Auletta, and Alan Greenspan by John Cassidy reveal the personal histories of our most influential citizens, people who affect our daily lives even more than we know. Who really understands the Web? Malcolm Gladwell analyzes the economics of e-commerce in "Clicks and Mortar." Profiles of two of the Internet's most respected analysts, George Gilder and Mary Meeker, expose the human factor in hot stocks, declining issues, and the instant fortunes created by an IPO. And in "The Kids in the Conference Room," Nicholas Lemann meets McKinsey & Company's business analysts, the twenty-two-year-olds hired to advise America's CEOs on the future of their business, and the economy.

And what defines this new age, one that was unimaginable even five years ago? Susan Orlean hangs out with one of New York City's busiest real estate brokers ("I Want This Apartment"). A clicking stampede of Manolo Blahniks can be heard in Michael Specter's "High-Heel Heaven." Tony Horwitz visits the little inn in the little town where moguls graze ("The Inn Crowd"). Meghan Daum flees her maxed-out credit cards. Brendan Gill lunches with Brooke Astor at the Metropolitan Club. And Calvin Trillin, in his masterly "Marisa and Jeff," portrays the young and fresh faces of greed.

Eras often begin gradually and end abruptly, and the people who live through extraordinary periods of history do so unaware of the unique qualities of their time. The flappers and tycoons of the 1920s thought the bootleg, and the speculation, would flow perpetually--until October 1929. The shoulder pads and the junk bonds of the 1980s came to feel normal--until October 1987. Read as a whole, The New Gilded Age portrays America, here, today, now--an epoch so exuberant and flush and in thrall of risk that forecasts of its conclusion are dismissed as Luddite brays. Yet under The New Yorker's examination, our current day is ex-posed as a special time in history: affluent and aggressive, prosperous and peaceful, wired and wild, and, ultimately, finite. ...more

To ask other readers questions about The New Gilded Age, please sign up.

Start your review of The New Gilded Age: The New Yorker Looks at the Culture of Affluence

Jun 21, 2017 Grindy Stone rated it it was amazing  ·  review of another edition
One of the New Yorker anthologies that is a sneaky good one. The few years leading up to Y2K were just as crass as the 1980's and "me" oriented as the 1970s, and the collection pulls no punches at examining some of the crass, self-centered folks of the era (including a spot-on profile of Donald Trump, who then as now was a vapid showboat whose empire seems built on illiquidity, debt, and speculation), as well as those at the other end of that Gilded Age.

Feb 05, 2017 Stacy rated it liked it
Like any compilation, some essays will be better than others. Like any compilation that's 20 years old at this point, some writing will feel dated while some will maintain classic relevance. There's a bit of both in here. It's an enjoyable book wherein the reader shouldn't feel bad about skipping essays if the mood strikes them.

Jul 30, 2019 Wenn rated it really liked it
Short stories about figures from the pop culture, a myth of our time if you will.

Mar 13, 2017 Christopher rated it really liked it
Great collection of New Yorker profiles from the heyday of the Long Boom, with some of its best business writing ever. (But the Trump profile seems really soft when re-read from the vantage of 2017.)

How does this collection hold up, almost fifteen years later? Interestingly, some of it does. It's fascinating to see Trump's name pop up early in the book and read about him as we knew him in 2001, with little idea that in 2016, he's be . . . well, what he is now (it should go without saying that my politics do not align with his, but as a student of the world, there's still something interesting here. Even terrible men can be interesting). Likewise, coming back to the story of Bill Gates in the wake of the Microsoft anti-trust case . . . remember when that was a thing? It was a different world.

The book is front-loaded with its best stuff; its human stories, the ones that stand up to the test of time because they are about people in moments of time, people that, for the most part, are still around, still doing things, still interesting. Not all of them, of course, but enough that it's fun to do the "where are they now" calculation as you read.

After that, however, things start to wander. It's obvious we couldn't have known in 2001 what 2016 would be, how some of the problems were eerily prescient and some we could have never imagined. Does it justify your time? Depends on how you feel about leaving books unfinished. For me, it was incumbent upon me to read everything, to earn my right to complete and review it. For you, dear reader? I think it's fair if you pick this one up and, like trail mix or a bowl of Lucky Charms, pick out the tastiest-looking bits and leave the rest alone.

Mar 25, 2009 JulieK rated it really liked it
Profiles, trend pieces, and slices of life from the boom years of the late 1990s. It was probably more interesting to read this book now than it would've been when it came out - it freezes in time the internet boom and the country's pre-September 11 giddiness.

Remnick was born in Hackensack, New Jersey, the son of a dentist, Edward C. Remnick, and an art teacher, Barbara (Seigel). He was raised in Hillsdale, New Jersey, in a secular Jewish home with, he has said, “a lot of books around.” He is also childhood friends with comedian Bill Maher. He graduated from Princeton University in 1981 with an A.B. in comparative literature; there, he met writer John McPhee and helped found The Nassau Weekly. Remnick has implied that after college he wanted to write novels, but due to his parents’ illnesses, he needed a paying job—there was no trust fund to rely on. Remnick wanted to be a writer, so he chose a career in journalism, taking a job at The Washington Post. He is married to reporter Esther Fein of The New York Times and has three children, Alex, Noah, and Natasha. He enjoys jazz music and classic cinema and is fluent in Russian.

He began his reporting career at The Washington Post in 1982 shortly after his graduation from Princeton. His first assignment was to cover the United States Football League. After six years, in 1988, he became the newspaper’s Moscow correspondent, which provided him with the material for Lenin's Tomb. He also received the George Polk Award for excellence in journalism.

Remnick became a staff writer at The New Yorker in September, 1992, after ten years at The Washington Post.

Remnick’s 1997 New Yorker article “Kid Dynamite Blows Up,” about boxer Mike Tyson, was nominated for a National Magazine Award. In 1998 he became editor, succeeding Tina Brown. Remnick promoted Hendrik Hertzberg, a former Jimmy Carter speechwriter and former editor of The New Republic, to write the lead pieces in “Talk of the Town,” the magazine’s opening section. In 2005 Remnick earned $1 million for his work as the magazine’s editor.

In 2003 he wrote an editorial supporting the Iraq war in the days when it started. In 2004, for the first time in its 80-year history, The New Yorker endorsed a presidential candidate, John Kerry.

In May 2009, Remnick was featured in a long-form Twitter account of Dan Baum’s career as a New Yorker staff writer. The tweets, written over the course of a week, described the difficult relationship between Baum and Remnick, his editor.

Remnick’s biography of President Barack Obama, The Bridge, was released on April 6, 2010. It features hundreds of interviews with friends, colleagues, and other witnesses to Obama’s rise to the presidency of the United States. The book has been widely reviewed in journals.

In 2010 Remnick lent his support to the campaign urging the release of Sakineh Mohammadi Ashtiani, the Iranian woman sentenced to death by stoning after being convicted of ordering the murder of her husband by her lover and adultery.

In 2013 Remnick ’81 was the guest speaker at Princeton University Class Day.

Remnick provided guest commentary and contributed to NBC coverage of the 2014 Winter Olympics in Sochi Russia including the opening ceremony and commentary for NBC News. 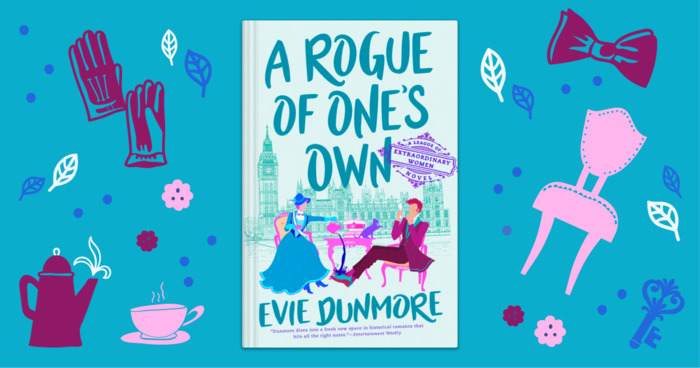 Evie Dunmore on Writing a Suffragist Romance
In most historical romances, love and marriage go together like...well, a horse and carriage. But what if the girl part of the girl-meets-boy...
Read more...
39 likes · 15 comments

Trivia About The New Gilded Ag...