Goodreads helps you keep track of books you want to read.
Start by marking “The Case of the Restless Redhead (Perry Mason mystery)” as Want to Read: 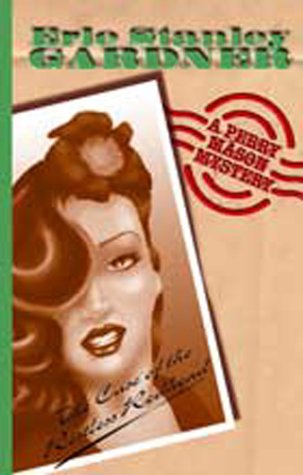 We’d love your help. Let us know what’s wrong with this preview of The Case of the Restless Redhead by Erle Stanley Gardner.

Preview — The Case of the Restless Redhead by Erle Stanley Gardner

The Case of the Restless Redhead

by
Erle Stanley Gardner
3.86  ·  Rating details ·  435 ratings  ·  24 reviews
Evelyn Bagby has ambition, bad luck – and red hair. When she is caught with stolen diamonds is looks like an airtight case. But Perry Mason believes she has been set up. Then comes news of another crime and Mason finds the charge against his client is murder.

To ask other readers questions about The Case of the Restless Redhead, please sign up.

Sep 09, 2017 Evgeny rated it really liked it
Shelves: crime-and-mystery, perry-mason
No good deed ever goes unpunished. Perry Mason kept forgetting about this simple truth and as a result kept getting in the same trap over and over. This time he ended up in a courtroom following the proceedings of a case with which he has nothing in common. A redheaded woman was accused of a theft of valuable jewels. 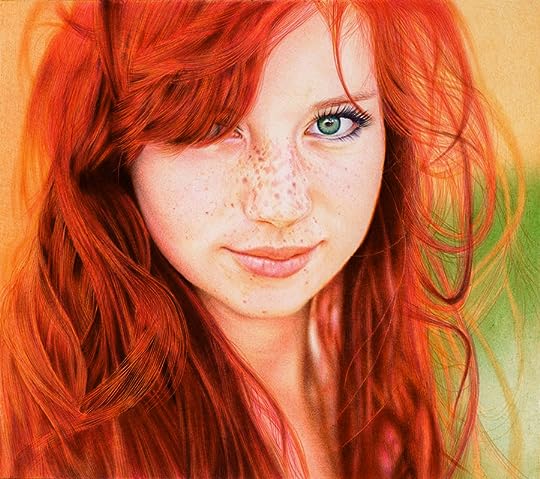 She was assigned a young inexperienced public defender with her being as poor as a church mouse. 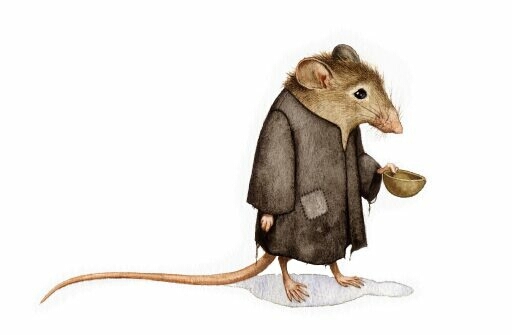 The young guy was badly losing to prosecution due to his complete lack of experience
No good deed ever goes unpunished. Perry Mason kept forgetting about this simple truth and as a result kept getting in the same trap over and over. This time he ended up in a courtroom following the proceedings of a case with which he has nothing in common. A redheaded woman was accused of a theft of valuable jewels.

She was assigned a young inexperienced public defender with her being as poor as a church mouse.

The young guy was badly losing to prosecution due to his complete lack of experience. During the recess he recognized Mason and asked him for help. Mason made a big mistake by deciding to teach the poor lawyer. Unsurprisingly he was so good in giving pointers that his young colleague easily managed to literally destroy the prosecution case. Mason returned to his office.

Some time later the (now acquitted) woman came to Mason's office to personally thank him. Mason's mistake number two: he decided to see her. The woman was down on her luck so Mason and his secretary Della Street decided to help her with gaining employment. Next thing Mason knew he had to take her as a client and defend against a murder accusation in a case where everything pointed to her being the guilty party.

What follows is a very complicated mystery; it is complicated even by the series' standards. In fact I read this book a long time ago and I still remember its highlights due to some unusual developments. To be completely fair Mason himself did his best (worst?) to make the case even more muddled. Needless to say he succeeded in baffling the police and prosecution. His explanation was that because somebody created almost perfect frame for his client mixing up the clues further would not hurt the defense, but spoil the plans of the real culprit.

Mason was right of cause. By the time he was done the Judge himself was practically begging him to explain what was going on. Mason obliged. It turns out there were two clues that gave the mystery away - for those who could see through all the red herrings.

My usual rating for a book of the series still applies: 4 stars. ...more
View 2 comments

I won't go into the plot (but it is a really good one), suffice to say it is full of old-style charm, cunning tactics and flamboyant characters.

So glad I've still got plenty of these dramas left to enjoy!

The courtroom scenes in this novel are priceless. Perry has Hamilton Burger pulling out his hair, and even the judge is nearly beside himself. Perry himself seems to be fishing at times, but eventually the dots are connected in the right order. The novel has a bit of a soft ending, but fulfilling nonetheless.

Jan 02, 2017 Genevieve rated it it was ok
A little too drawn out and I nearly got lost by the end; I've read better from Gardner.

Sep 24, 2019 Kieran McAndrew rated it really liked it  ·  review of another edition
An aspiring actress is accused of theft and her court appointed attorney finds himself working alongside Perry Mason. Freeing her from her theft charge, Mason and Neery find they are soon called on again: to defend their client against a murder charge!

Apr 22, 2018 Richa rated it really liked it  ·  review of another edition
One of the more interesting cases. Especially, since it starts with a cross-examination and has a nice helpful portion where Gardner has given a tip for young lawyers.
This case has all the elements that can keep a reader gripped - glamour, star struck struggler, murder, truimph of good, and lastly, a gripping trial in the court of law.

Jul 13, 2020 পাঠক rated it liked it  ·  review of another edition
The general standard of Perry Masons is remarkably high, gathering from the other two I have read before. Its an okay one.

I had the feeling the women in it were being sold a little, though, in it and I guess in other Perry Masons. Well, they are selling murders anyway, and that's why we bought 'em and read 'em. The faintest of sex (ualization of women) goes with it I guess.

The tone and language is a bit pointedly informal, a bit silly.

Feb 11, 2019 Sharanne rated it really liked it
Recently I learned that before there was a television series, Perry Mason movies were made in the 30s. Then I discovered that it all started with a book series, with the first book released in 1933. So, I went to my library, where there were a couple of titles. This quick read was entertaining.

Jul 09, 2019 Lauren rated it it was amazing
Shelves: mystery
The amount of info on the clues sometimes left my head spinning, but overall a fun and engaging read!

Sep 23, 2018 Cathy Houston rated it liked it
Recommended to Cathy by: catwoho@aol.com
Perry teaches a young lawyer how to defend his client

There's a lot of lawyer talk but it's really interesting. Also, there's some Della/Perry but it's only hinted at.

Recommended 12+ for murder and language

Perry Mason series - Perry's client is menaced by a car driven by a hooded assailant, whom she shoots at with a revolver that was planted in her room. When the guy winds up dead from a bullet wound, Perry confuses matters by firing an identical revolver at the scene of the crime, but after the fact.
...more

Jun 11, 2016 Stven rated it liked it  ·  review of another edition
This one has a particularly memorable opening with Perry Mason visiting a courtroom where he winds up advising a young attorney on cross-examination techniques. Not my favorite way to end one of his stories, though.

Feb 22, 2016 Les Anderson rated it it was amazing
Definitely one of the better Perry Mason novels. Things move quickly in the courtroom here but Mason really shows his ability. The addition of a young, small-town lawyer learning from Mason really gave insight into some of Mason's tactics.

Jul 23, 2014 Ellen Oberkotter rated it liked it
More confusing than most of his books - and Mason steps way over the legal line at one point. Still, I always enjoy Gardner's books, as much for the glimpse of the world of the 1940s as for the story.

May 28, 2014 Dyah Subagyo rated it liked it
Shelves: crime
Well, usually Perry Mason skirted on the edge of lawful and unlawful. This time, I feel that he has fallen over that edge.
So, three stars. I understand that his deed helps solving the case, but still, it's a wrong deed.

Dec 31, 2013 Rijo John rated it liked it
Nice mystery and lots of complications only to be unravelled at the end

Innovative and restless in his nature, he was bored by the routine of legal practice, the only part of which he enjoyed was trial work and the development of trial strategy. I

Innovative and restless in his nature, he was bored by the routine of legal practice, the only part of which he enjoyed was trial work and the development of trial strategy. In his spare time, he began to write for pulp magazines, which also fostered the early careers of Dashiell Hammett and Raymond Chandler. He created many different series characters for the pulps, including the ingenious Lester Leith, a "gentleman thief" in the tradition of Raffles, and Ken Corning, a crusading lawyer who was the archetype of his most successful creation, the fictional lawyer and crime-solver Perry Mason, about whom he wrote more than eighty novels. With the success of Perry Mason, he gradually reduced his contributions to the pulp magazines, eventually withdrawing from the medium entirely, except for non-fiction articles on travel, Western history, and forensic science. 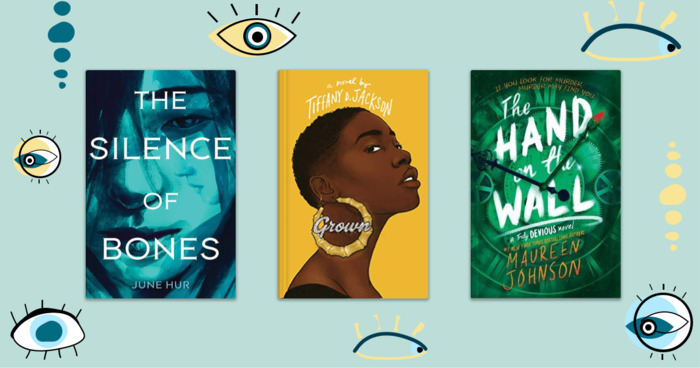 Trivia About The Case of the R...